Bree’s orderly scientific life turned upside-down the day she discovered her first body…learned her co-worker was a spy…and accepted the mission of tracking down an international terrorist. 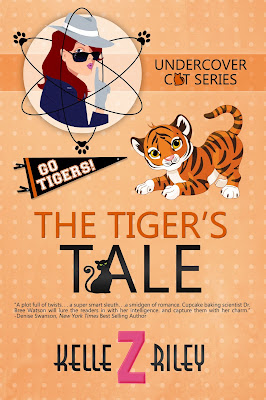 Synopsis:
Is she hitting her stride? Or going nowhere fast?

Fresh from a successful undercover operation, scientist/spy-in-training Bree Watson should feel on top of the world. Instead, the ground is shifting under her feet. When her handler abandons her to follow a lead with his sexy ex-partner, Bree must choose between normal life, or proving her worth as a spy. Not an easy choice, when she factors in:

A teaching post at a university filled with intrigue

A dead administrator with a sordid past

Combined with fanatic football fans, beatnik poets, an orphaned monkey, a demanding boss, quirky colleagues, and her angry cat, the result may be a recipe for disaster.

Can she take the heat? Or will she get burned?

Early Praise for The Tiger’s Tale
“With unique, intelligent and captivating storylines, and best of all, relatable characters who you find are quite easy to develop an emotional attachment to, I can’t turn the pages fast enough.” ~ Goodreads Reviewer 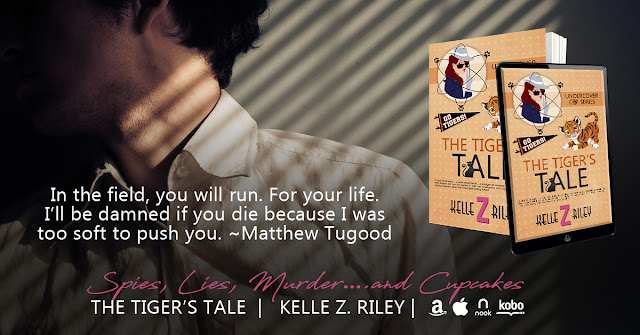 EXCERPT:
Six months ago, Bree had been a confirmed dog person—until she'd inherited a cat from her murdered boss. Now, she held a tiger by the tail. Or rather, by a leash. But when it came to tigers, the difference was just splitting hairs.
Bree scrambled, following the energetic cub over the dusty, rock-strewn flatlands of the Thailand Tiger Sanctuary. It tugged on the leash, intent on exploring. Sweat trickled down her back. Her foot caught on a rock and she stumbled when the wayward cub pulled her forward.
A strong male hand grabbed the leash and jerked the tiger back onto the path. Bree suppressed a shiver of awareness and turned to Matthew Tugood, both grateful for—and irritated by—his presence.
“I can’t believe we’re doing this,” he grumbled. “Why are we here again?”
Bree resisted the temptation to roll her eyes. “You know my sorority is donating a rescued cub to the Terrance U animal clinic.”
He scowled at her. Or maybe the sun was in his eyes. “I cut through the red tape for the donation. Not your sorority. Not Terrance University. Not the exotic animal clinic. Me.”
She ignored him and focused on her tiger cub. Tugood slowed, widening the gap between them and the tour group. “Let me rephrase. Why are we spending the day in a tourist trap?”
“I wanted to meet the cub’s trainer and get firsthand experience.”
Matthew answered with a grunt. His mouth firmed into a tight line as he scanned the horizon, squinting against the bright sunlight. “You’re wasting time you could spend preparing for your assignment.” His voice dropped low and he kept his eyes trained on the distance. After a slow pivot, he leaned close, his breath warm on her ear despite his harsh tone. “Or have you forgotten about your mission?”
Bree disentangled the leash from his hands. “I liked you better before I knew you were a spy.”
“No, you liked my cover story.” His voice softened, and he glanced her way. “That’s not the same thing. And you do like me now. I happen to like you too.” Despite the ninety-degree heat, a shiver raced down Bree’s spine as if he’d touched her.
“What I don’t like is that you never stop thinking about your mission. Not for a minute.”
“Lower your voice. We don’t want to be overheard.”
Bree eyed the terrain, wondering if the clumps of scrub grass and rocks were cleverly disguised surveillance devices. She dismissed the idea. “Can’t you think about something besides the mission?”
“May I remind you that my single-minded focus on the mission saved your life on more than one occasion?”
Bree dropped the argument. For one thing, his interference had saved her life when a murderer—make that two murderers—had wanted her out of the picture. On the other hand, she hadn’t found a single dead body before she met Matthew. So, in her mind, it was a toss-up.
“I need you to focus on our mission.”
“Fine. You’ve made yourself clear.” Bree shrugged. “Next topic.” Beside her, Matthew bristled and Bree took secret delight in being able to needle him the same way he constantly needled her.
“Our target is convinced you’re a brilliant researcher with access to cutting-edge technology.”
Bree stopped in her tracks so fast, the tiger cub did a backflip at the end of his leash. She whirled on Matthew. “In case you’ve forgotten, I am a real researcher, complete with a PhD in science. Just because my cover story involves a fictional company doesn’t negate my real experience.” Behind her, the tiger cub let out a noise—between a growl and a whine—as if to support Bree’s statement.
“Your science degree isn’t the only reason you’re an asset to the Sci-Spy organization.”
Another yowl accompanied by a tug on the leash made Bree turn back to her tiger cub and hurry to catch up with the group. Tugood kept pace, his voice low and insistent. “Like it or not, your days as a simple researcher ended when you signed on with Sci-Spy.”
Bree stopped at the edge of the tour group and turned to Matthew. “Please. I need a day to do something fun. Something…normal.”
Across the clearing, a tiger roared, shaking the ground under her feet. Soon she’d be photographed with the massive animal.
Bree held Matthew’s gaze. When he nodded in reluctant agreement, she turned to the group, but all thoughts of fun—and normal—had fled at Matthew’s mention of their target. Tomorrow, she’d confront a terrorist and try to uncover his network of associates.
Compared to that, even the quarter-ton tiger seemed docile. 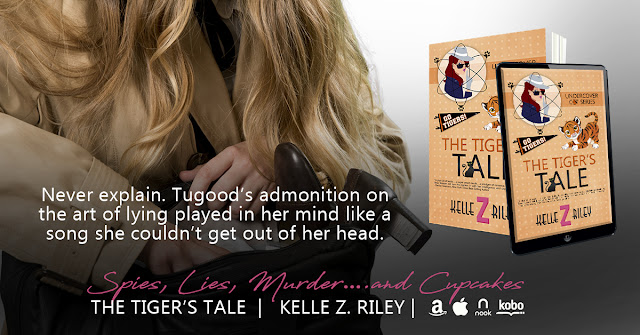 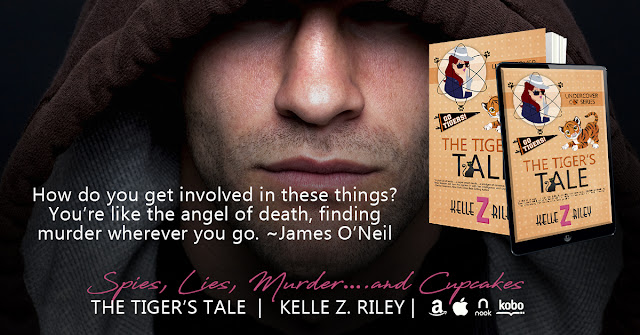 Follow the tour and enter to win one of 10 backlist ebooks!
Enter at: http://www.rafflecopter.com/rafl/display/b050ef29602/?
a Rafflecopter giveaway 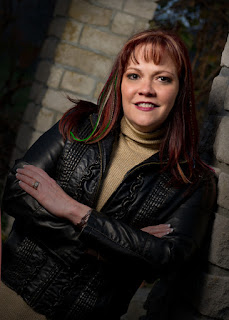 By day Kelle is a full-time chemist working in water treatment with multiple U.S. patents. At night she turns into an author whose accolades include finals in the RWA Golden Heart and numerous chapter contests. More information on her workshops can be found on her website.