Something to Prove Blog Tour

It’s the blog tour for Shannyn Schroeder’s O'Leary series! Check it out and grab your copy of this sexy new contemporary romance today!

About SOMETHING TO PROVE: 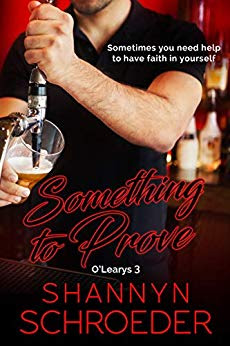 Determined to show her father she's capable of running the family business, Elizabeth Brannigan sets out to save his struggling Chicago bar. But she'll need a little help dealing with the rough crowd. When she encounters the handsome co-owner of a thriving Irish pub, she's more than ready to take on those late night shenanigans.

Colin O’Leary’s father passed away before he could prove to him that he wasn’t a screw-up. Now he wants to show his brother he’s responsible enough to own a bar of his own. And Elizabeth just might be the saving grace he's always needed. Can they mix a little business and pleasure or will the merger destroy everything? 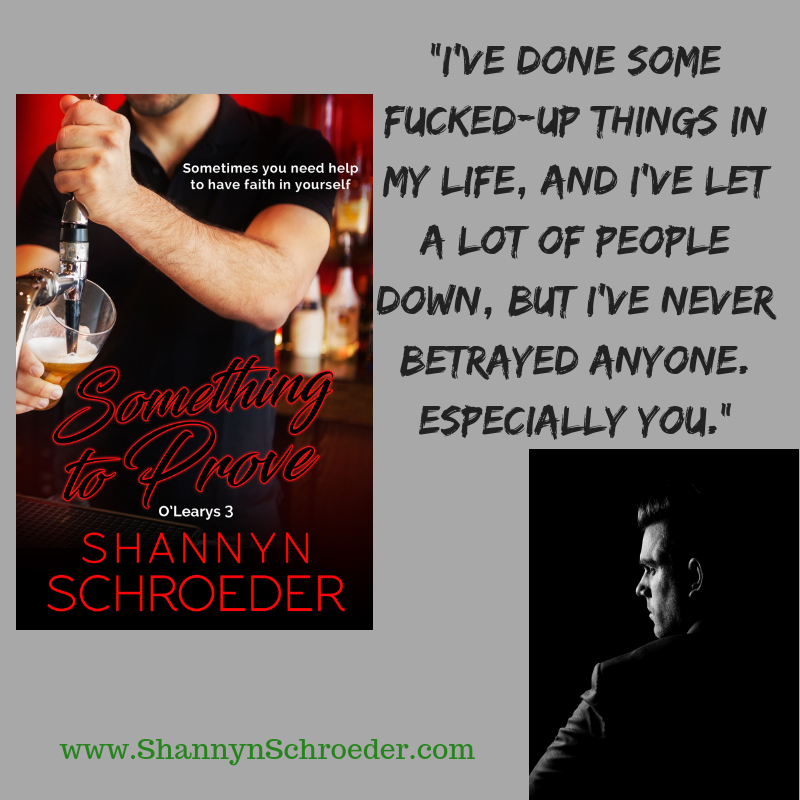 My Review:
Oh my goodness I freaking loved this book. Something to Prove is definitely an amazing book to start your year off right.

Elizabeth and Colin are in the same boat. They both want to prove something to their families.

Elizabeth has worked her whole life trying to be good enough for her family. When going through her father's holdings she finds a bar in Chicago no one has taken care of in years. Going behind her father and brother's backs she decides to redo the whole bar and make it a success. When she starts to struggle to pull things together she reaches out for help and discovers Colin O' Leary.

Colin disappeared for three years after his dad died, leaving all the responsibilities for his family bar to his younger brother. He's been back for a year working for his brother and wanting to prove he's trustworthy and here to stay. When Elizabeth approaches him with the idea of helping her with the bar and giving him a cut of the profits he jumps at the chance to prove he's trustworthy.

Now, of course, there's a romance budding between these two characters. Elizabeth does everything she can to keep their relationship professional, but Colin is persistent. With the two of them working so close together and then being close after hours things begin to turn into more than a relationship of convenience.

I have to say one of the big draws this story had for me was that it was set in Chicago. Being from Illinois and having visited and stayed in Chicago so many times I couldn't help but want to grab a copy of this story.

I loved this story from beginning to end. Amazing characters who grow throughout the story. The characters felt real and familiar. I can honestly say I haven't read a story quite like this before, which is saying something since I read about 300 books a year. The characters actually having relationships outside of the romance was really nice, since sometimes friendships and families fall to the wayside when the characters find love.

Something to Prove was my first introduction to Shannyn Schroeder's books, but I will definitely be picking up her books in the near future. She writes engaging stories and captivating and real characters. 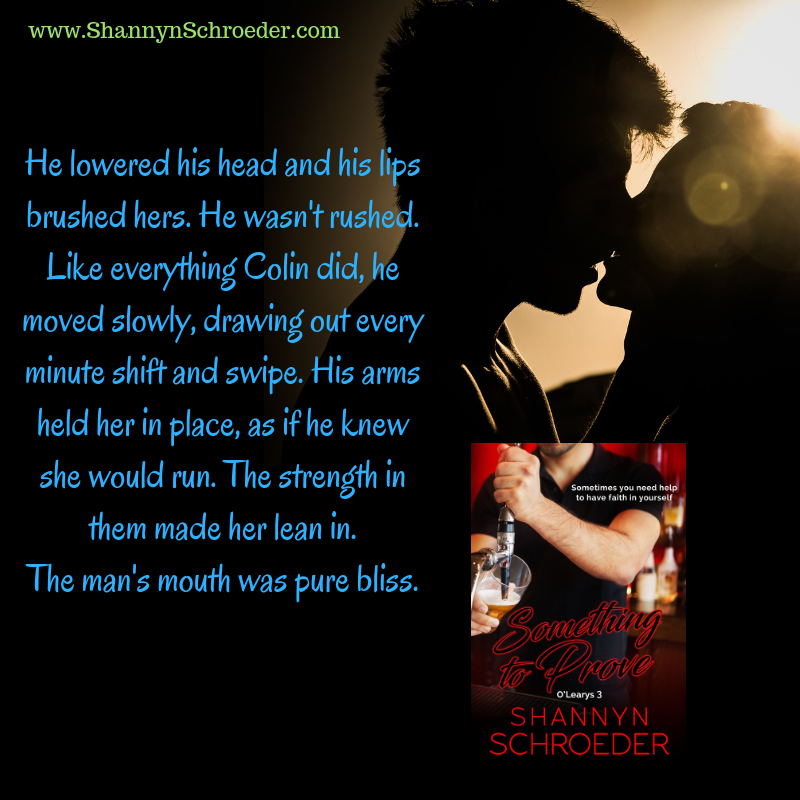 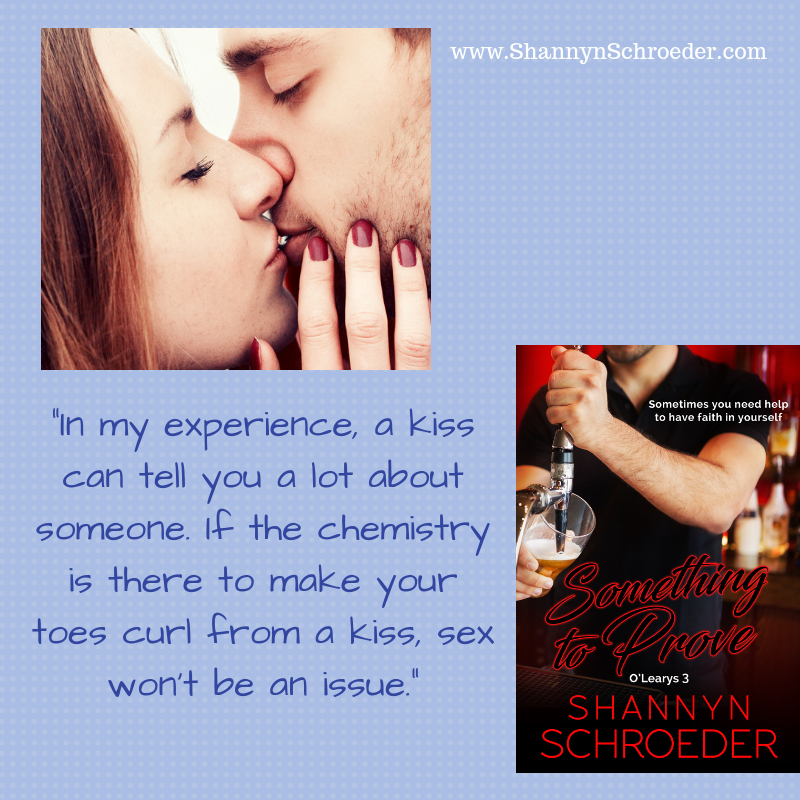 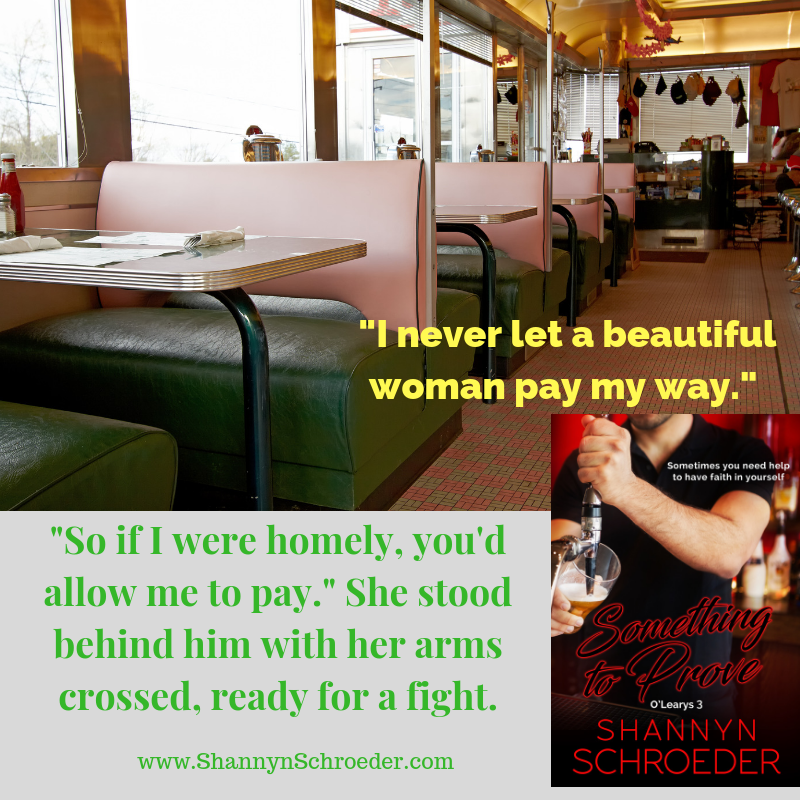 
Catch Up On the Series Now:

Shannyn Schroeder is the author of the O’Leary series and the For Your Love series, contemporary romances centered around large Irish-American families in Chicago and the Hot & Nerdy series about nerdy friends finding love. Look for her new series – The Dating Challenge in 2019. When she’s not wrangling her three kids or writing, she watches a ton of TV and loves to bake cookies.