Today we have the release week blitz for ONE WISH by Kate Kisset. Check it out and be sure to grab your copy today! 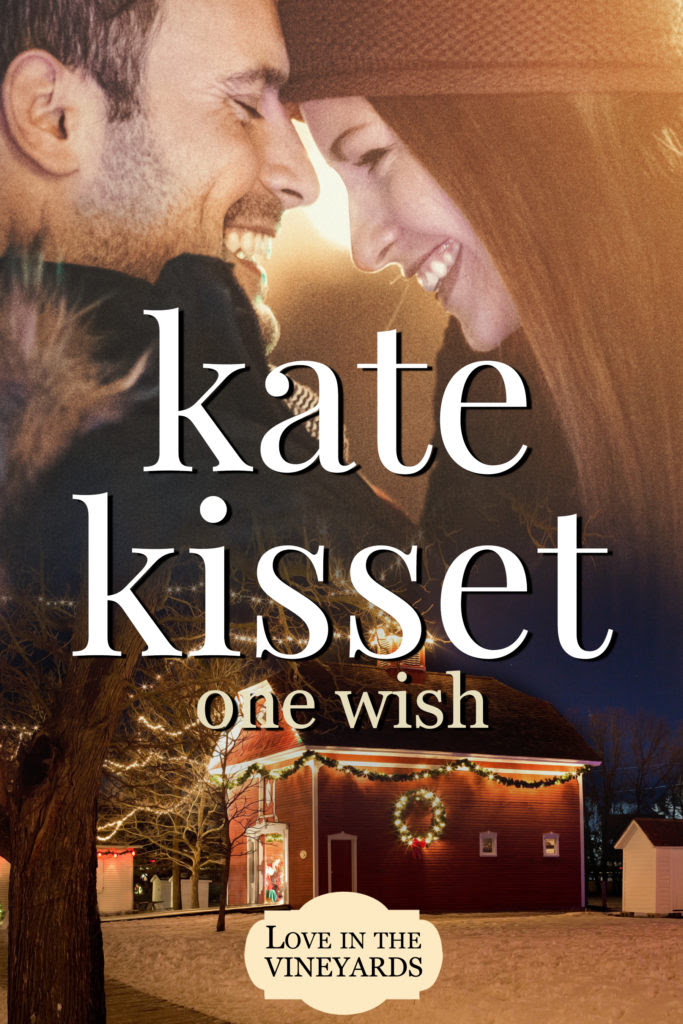 Blend a former tight end with a bad reputation and a gorgeous computer geek who doesn’t date. Toss in two matchmaking grannies who have only One Wish this Christmas.

Lilly Martelli’s first vacation in over a year has her on a mission to support her two busybody relatives in St. Helena. Helping the grannies bake stinky fruitcakes for their Christmas bake sale is bad enough, but being forced to co-host the fund-raiser with Mr.-Fun-in-the-pants Brett Benning might be too hot to handle.

Brett had hoped retiring from football, becoming a firefighter, and moving back to Napa Valley would be enough to repair his reputation. But he’s sick to death of the tiny town gossip, and tired of dating in the shallow end of the pool. He’s looking to score The One.

What are the odds he’d find her while helping with the annual bake sale? His smart and sexy co-chair has him eating out of her hands and asking for seconds of her grandmother’s nasty fruitcake. For the first time in his life, Brett might be in over his head.

One Wish is a standalone, sexy rom-com. Although you don’t have to read any of Kate’s other stories to enjoy this one, Love in the Vineyards fans will love seeing their favorite characters from other stories, as they get to know the Santino brother’s lovable grandmother, Mimi, their quirky great-aunt Cha-Cha, and all their gorgeous cousins.

If you enjoy small town romances, romantic comedies, and sexy love stories with a full cast of strong heroines, drool-worthy alpha heroes, and grannies in orthopedics, you’ll love One Wish. 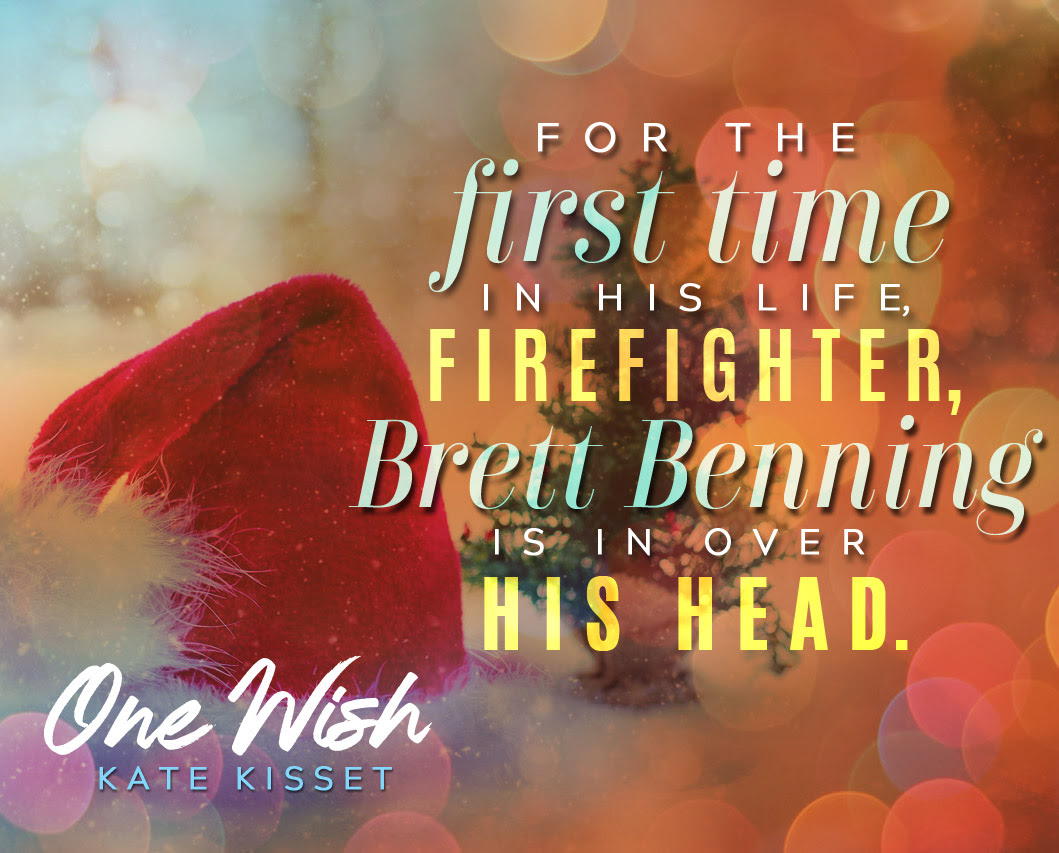 
Here, Brett is picking Lilly up at her aunt’s magnificent mansion, so they can spend the day scouting new locations for their event. Unfortunately, Lilly’s grandmother and great-aunt have just baked another batch of their notorious fruitcakes.)

“We were just taking another batch of fruitcakes out of the oven.” Mimi sidled next to him so he was cozily flanked by both women.
The faint rum-and-mysterious, pungent smell he detected when he entered the house was impossible to ignore in the kitchen. Cha-Cha offered him a seat at the island in the middle of the room.
“Lilly will be down in a moment,” Mimi explained. “But you have time for a nice slice of cake.” She deposited a plate laden with a green and red speckled, shiny mound in front him.
The overpowering odor wafted up from the dish, making his eyes water. “No, I couldn’t.” He gently pushed the plate away. Mimi pushed it back.
“You can’t expect him to eat with his hands, Sister,” Cha-Cha chuckled, passing a fork to him. “Go ahead, darling, while it’s still warm,” she coaxed. “Dig in.”
He could swear the mound moved, but couldn’t trust his vision through the tears. What is that smell? “I had a very big breakfast at the station.” Brett eyed the doorway, praying Lilly was ready to leave and would walk through the door and save him.
Mimi brought her hands to her hips. Her expression conveyed in no uncertain terms that she was having none of it. With perfect posture, Cha-Cha took a stance next to her, her blue eyes flicking from the blob on the plate to his mouth. Brett glimpsed at the doorway again. No dice.
“Had I known I-I- would be in for such a treat,” he explained, knowing his excuse would have zero effect, “I would’ve saved room.” He waited a beat, hoping for a miracle, but it was no use. The sisters weren’t taking no for an answer, so he sliced into the cake with his fork and took the tiniest possible bite.
The texture was thick, gelatinous, and chewy at the same time. Little knobs of hard bits rolled over his tongue, and he tried not to wince. It was even worse than he remembered, which he would have thought impossible. The flavor was as revolting as the smell. “Hmmm.” He muttered while swallowing hard to force the cake down, but the slippery hunk caught in the back of his throat. He’d never given himself a Heimlich before, but right now he was glad he at least knew how.
“Well?” Cha-Cha’s long sleeves fluttered as she crossed her arms, never taking her eyes off him. “We used a new ingredient in this batch. You’re our test monkey.”
“Hmmm.” The last gulp did the trick, and the gooey globule slid down. That’s when the explosion in his mouth happened. It felt like someone lit a match, and heat tore through his sinuses. His body couldn’t hold back anymore and tried to repel the substance with a cough, which led to another. And another.
“That’s the rum.” Cha-Cha nodded to her sister.
“We should’ve warned you, dear. It has a little kick,” Mimi explained. “Oh, no. Are you crying?”
“Child-gag-hood mem-choke-or-cough-ies.”
“Are you all right?” Thanks to his coughing fit, he hadn’t noticed when Liliana walked in. She opened a drawer and pulled out a stack of paper napkins. “Here.” She passed a few to him.
“Thanks.” He gratefully used it to wipe his mouth. When he dried his tears, Liliana’s beautiful face came in view. Light streamed through the windows, casting a shine on her hair. Her leggings hugged every one of her curves, and the fluffy sweater made her look extra-adorable, and so sexy at the same time. Should he get up and hug her? After all, they were working together now. She probably smelled good, too. If his nose ever recovered from its beating, he hoped to find out…
Brett caught a glimpse of Cha-Cha checking out his reaction to her granddaughter and decided to stay put.


Lilly gave him a devious smile. Like everything else about her, it was pretty. 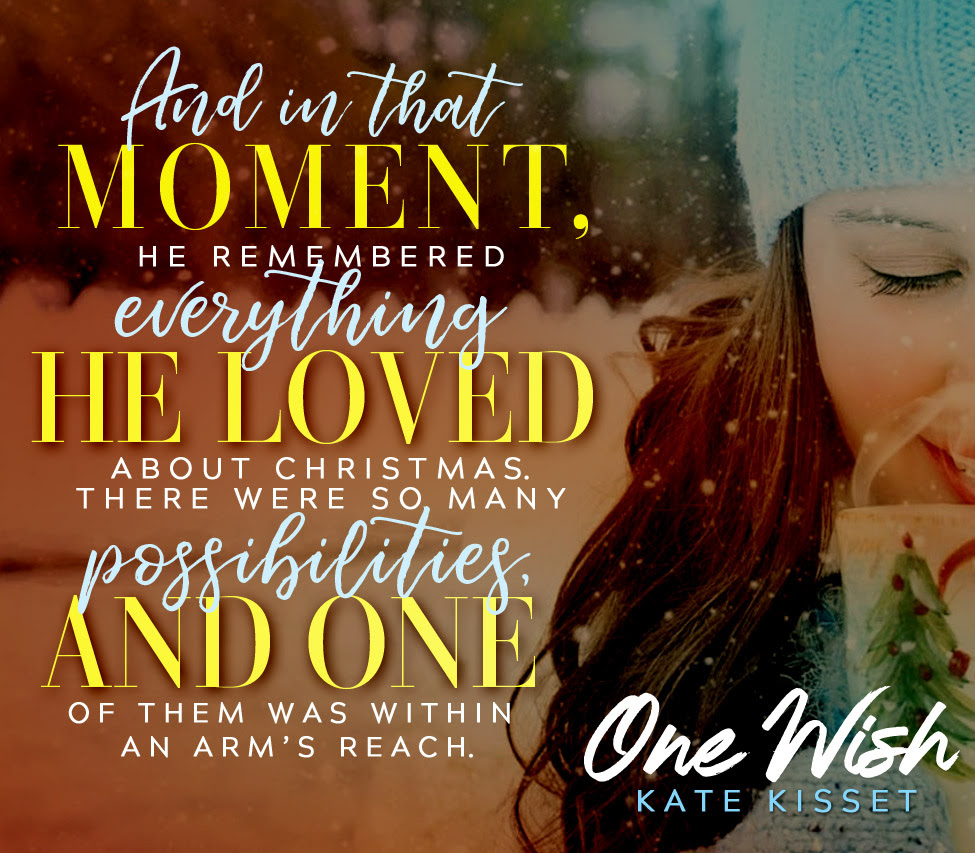 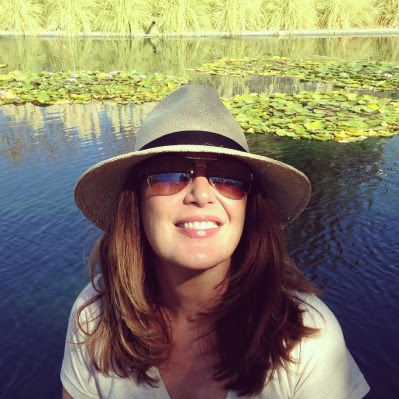 Readers call her novels, sexy, sweet and refreshing, with complex characters and plots that serve up humor without holding back on heart.

Kate divides her time between Northern and Southern California. Her stories feature strong heroes and heroines set in the small town, real-world vineyard settings found outside her front door.

When she's not writing, Kate's favorite job is being "The Mommy." She enjoys reading, binge-watching Netflix and the Hallmark Channel, wine tastings, cooking, listening to music, and hiking with her loyal companion Luciana Parmigiana, her rescue-dog-editor. 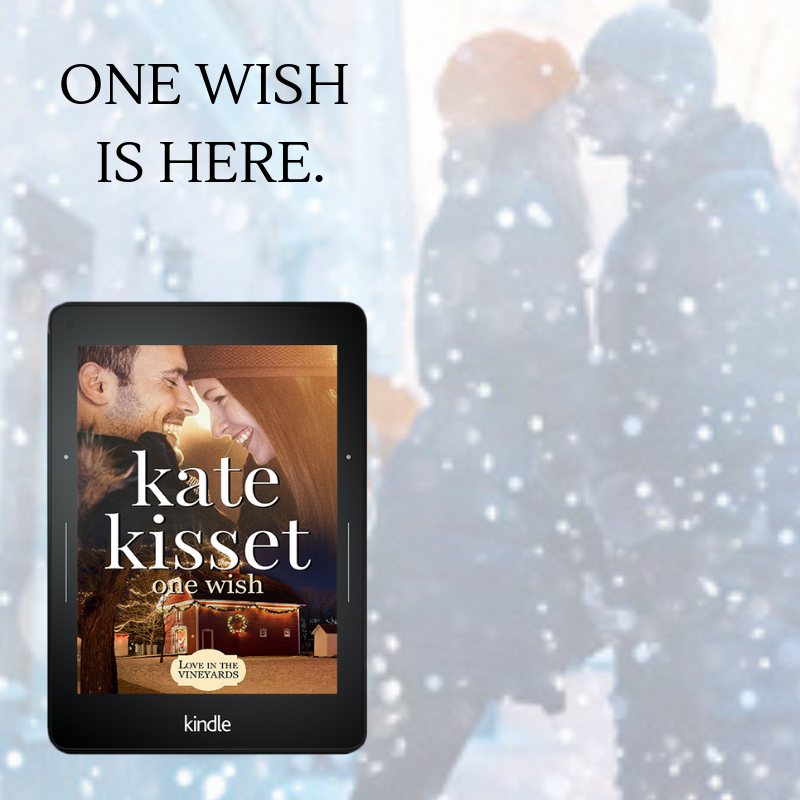 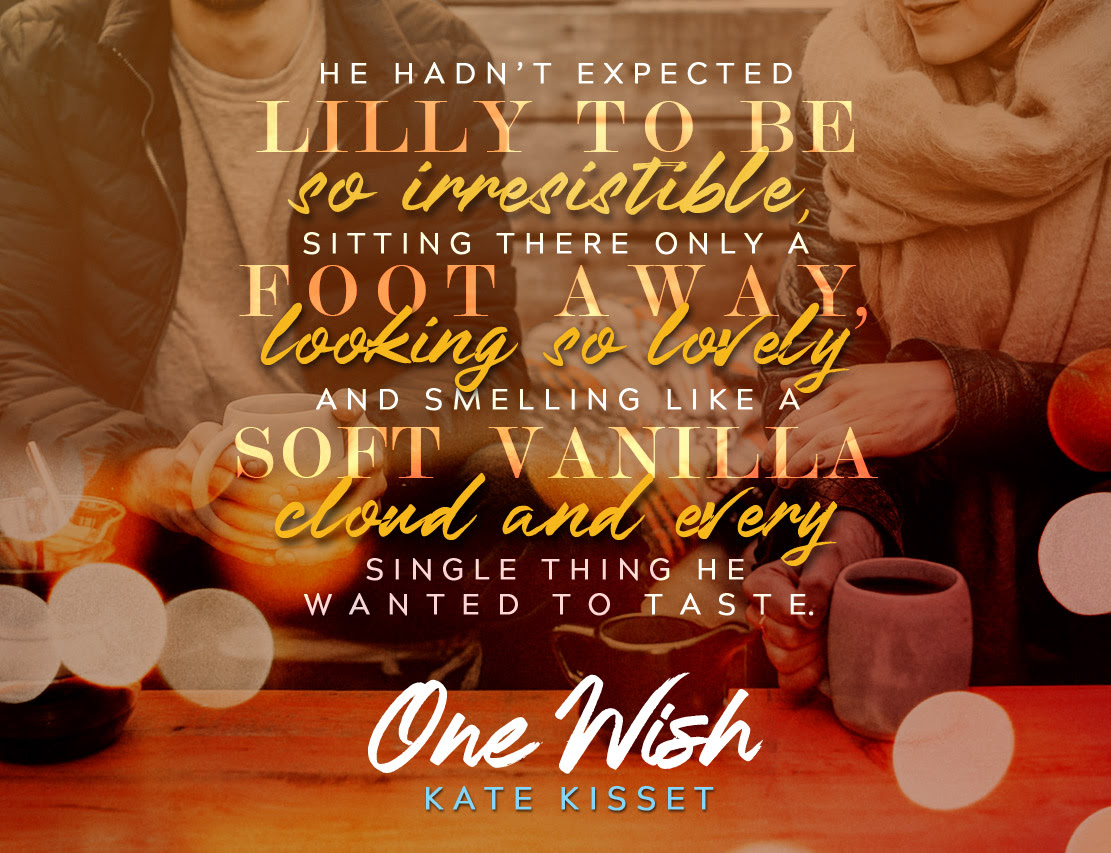