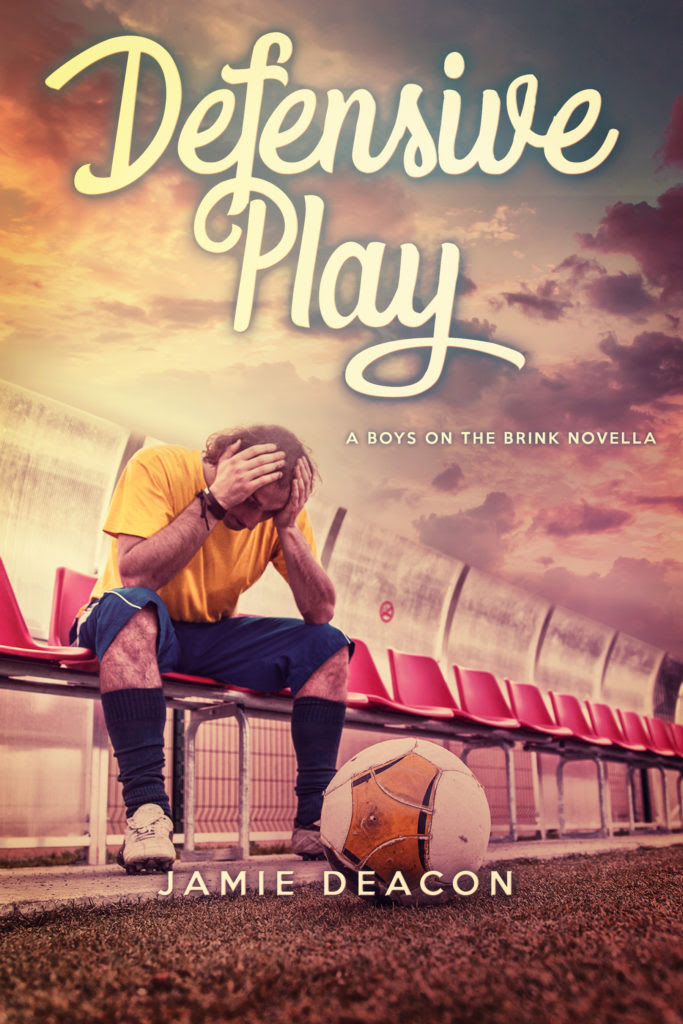 Add to your Goodreads shelves

Seventeen-year-old Davey has never made friends easily. Shy, geeky, crippled with social anxiety, he feels isolated from his peers, and only his position as a defender for the school football team fills the void of loneliness. On the pitch, his deft footwork has earned him the respect and acceptance of his squad, though at a price. Desperate to hold onto this camaraderie, Davey conceals the truth from everyone, even his own family.

Then, during the annual Brookshire football tournament, his eyes meet those of a rival player across the field and a spark flares between them, one neither boy can deny. Adam is everything Davey longs to be—confident, popular, comfortable with his sexuality. Davey aches to explore their connection, to discover where it might lead, but how can he follow his heart and risk rejection by his teammates, the closest thing to friends he has ever known?


My Review:
If you’ve followed my blog, reviews, or reading preferences in the last couple of years you’ll have noticed I’ve fallen in love with M/M romance novels. When I read the blurb for Defensive Play I sent out my little grabby hands.

Defensive Play is about football (American soccer) player named Davey. Davey is shy and quiet and struggled to make friends before he started playing on the football team. Now he struggles with keeping his secret quiet wondering if his teammates would want to play with him at all if they knew his secret. He never expected it to be a problem until he meets Adam.

Adam is on the rival football team and everything Davey ever wanted in a boyfriend. When Adam goes and introduces himself to Davey he never expected the fast budding relationship that forms between them. Still, he struggles with being honest about who he is with everyone but Adam.

When things begin to struggle between Adam and Davey, Davey knows he needs to make the decision about being honest and possibly getting everything he’s ever wanted or living a lie.

Such a great quick and cute read. Loved very much. Great pacing and character development.

The rain has stopped. A soft mist hangs in the air, turning the distant streetlights a hazy orange. After the stuffiness of the clubhouse, the night is bitterly cold and I pull on my sweatshirt against the chill. I sit on the steps overlooking the car park, heedless of the damp that seeps through my jeans. Elbows on knees, I rest my chin in my hands and close my eyes, attempting to clear my mind. I don’t want to think anymore. I just want to sit with nothing but the dark and the quiet for company.

I haven’t been hunched there long when the door opens, ejecting a stream of warmth and thumping bass. I glance behind me, although I know who it will be. My body goes still. Adam lets the door swing shut and, just like that, we’re alone.

He doesn’t seem surprised to find me on the steps. Perhaps he saw me leave. Has he followed me? My insides clench. What if Adam thinks I did it deliberately, that I meant to lure him out here. Maybe I had. Maybe, deep down, a part of me hoped Adam might come, even while the rest of me prayed he wouldn’t.

This time, when our gazes connect, there’s no one to see, no football match to act as a buffer. I drink him in. Even in the faint glow filtering through the frosted pane in the door, his eyes are a vivid blue.

“Hey,” Adam says. Such a simple word that expresses so much. There’s recognition there, like we’re childhood friends meeting after years apart, but uncertainty, too. He has a nice voice, I register through my turbulent thoughts—warm and slightly husky.

“Hey.” My reply emerges somewhere between a croak and a squeak. Cringing, I stare down at my feet.

I fling him a startled look. Had this boy—this confident, gorgeous boy—actually gone to the trouble of finding out my name?

One side of Adam’s mouth lifts in a crooked smile. “Well, I had to know who the lunatic was who almost took my leg off.”

“God.” I bury my face in my hands. Of course Adam was going to ask about me after what happened on the pitch. “I’m so sorry.”

He laughs and nudges my thigh with the toe of his trainer. “I’m kidding. Seriously, you did us a favour.”

I dare a peep at him, unable to rid myself of the thought that he has pursued me out here to take the piss. That wouldn’t be anything new, after all.

“It’s true.” Adam crouches on the step beside me, his expression amused but without malice. “Rob warned me about you. He said the rest of your defence was pretty solid, but probably weren’t quick enough to catch me. You were the real threat.”

I grimace. “I’m guessing he wasn’t expecting me to take you out quite so spectacularly, though.”

“Funnily enough, that wasn’t included in the pep talk. Still, I should be thanking you. You made our job a whole lot easier.”

“Don’t remind me. You should’ve heard the guys after the match. I’ll never hear the end of it.”

Adam laughs again, and I can’t hold back a smile. Here I am, having an actual conversation with an amazing-looking boy—a boy who’d caught me checking him out, no less—and I’m not making an ass of myself.

The door behind us bursts open and several guys spill out. I tense, guard raised. Will they think it odd us sitting out here alone? I scan their faces, but none are from Farnstead. A moment later, they barrel down the steps without giving either of us a second look and head for one of the cars parked nearby.

As they pile in and the engine growls to life, I exhale, shoulders slumping. I can feel Adam studying me and keep my gaze lowered.

“What?” My entire body goes rigid. He knows. I’d already guessed as much, but suspecting it is one thing; being confronted with the indisputable truth sends me spiralling back into panic mode. Why had he really followed me out here? I’d thought…been sure I’d read something in his eyes when they locked with mine, but what if I’m wrong? Do I truly believe someone like Adam, someone popular and self-assured, would have sought me out? Unless…

I see again the Brookminster players in their huddle, sniggering, moments after Adam caught me staring. I’d reassured myself they weren’t laughing about me, but perhaps my fears had been well founded. The cold certainty settles like a snowball in my gut. I’d given myself away, and now the other lads have sent Adam out here to chat me up, trick me into an admission I won’t be able to take back. For all I know, his mates are somewhere close by as we speak, listening in.

“Hey.” Adam extends his palms in what is probably supposed to be a calming gesture. “It’s all right. I know and it’s all right.”

Before he can respond, I’m down the steps and sprinting into the darkness, phone already out to call my parents. All I want is to go home, crawl into bed, and forget today ever happened.

To celebrate the release of Defensive Play, Jamie Deacon is giving away a $10 Amazon Gift Card. For your chance to win, simply enter via the Rafflecopter below. The giveaway is open to entrants world wide, and closes at midnight EST on Friday December 7, 2018. 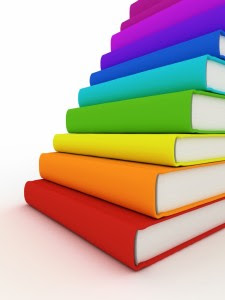 Jamie lives in a tranquil spot close to the River Thames in Berkshire, England, and has always been just a little out of place—the only redhead in a family of brunettes; an introvert far more at ease with dogs than with people; a connoisseur of simple pleasures in a society intent on the quest for wealth and fame. Despite an outward cynicism, Jamie is a romantic at heart, and, when not immersed in a book, can mostly be found writing emotional stories where young men from all walks of life are forced to navigate the sometimes painful reality of growing up, coming out, and falling in love.