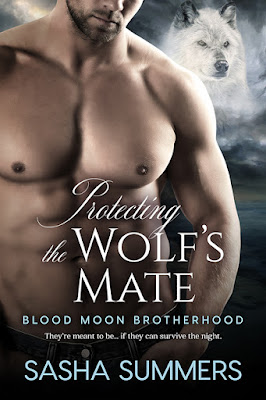 Ellen has one goal: vengeance. With little memory of her life before her imprisonment by a maniacal werewolf, her world has been full of pain, humiliation, and fear. But now that she's been rescued, her need for revenge is challenged by the urge to be part of a pack... and the unshakable connection to, Hollis, the man her wolf claims as their mate.

Hollis will do whatever it takes to protect his pack, and that includes looking after Ellen, who doesn’t need or want his help. He’s determined to keep her safe, even though she’s hell-bent on revenge, even if that means sacrificing himself. And it might come to that when the big bad comes back for the one woman he can’t live without.

Protecting The Wolf's Mate is the perfect freaking story. From beginning to end I was in love with the characters.

Hollis's pack has been keeping Ellen since she saved the Alpha's mate 6 months ago. Ellen promised to stay to help her give birth. In that time Hollis and Ellen have become friends with lots of hintings and something else. The problem, Hollis wants to cure all the werewolves of their "curse." Ellen isn't for that at all. Their bond is wary until Ellen's wolf decides Hollis is her mate. Now Ellen needs to get Hollis on board.

Hollis's life was turned outside down ten years ago when his best friend bit him and turned him into a werewolf. Now he does everything he can to try and cure the disease that infected him and his best friends. Ellen turns all his plans on their head when she enters into his life claiming he's wasting his time. It's magic and not science that gave them their gift. The two butt heads constantly, but the attraction grows with every encounter. The other issue? Ellen's hell-bent on leaving their pack once the pregnancy of her friend is over so she can kill the man who tortured her.

I loved Hollis and Ellen. Ellen is such a monumental badass. I loved her character so flipping much. She'd been through much trauma and pain and yet she was still so caring to everyone around her. I enjoyed her so freaking much. I also loved Hollis too. While he was a little pig-headed in the beginning I enjoyed his character so much.

Protecting The Wolf's Mate was absolutely amazing. I never felt like I was missing anything even coming into this series a little later. I enjoyed all the reveals that came throughout the story. Nothing felt like it came a weird time, the pacing was fabulous and I really enjoyed how original the whole story was. Nothing felt like I'd read it too much before. The romance was great, but not overdone and it didn't overshadow the characters and their relationship.

Excerpt
This Hollis, angry and rigid and demanding, her wolf adored.  “If Finn knows this is what you’re planning, you won’t be going anywhere.”
She was too intrigued by the effect he was having on her body and her wolf to get angry. It had been years since she’d needed a man’s touch, needed the taste of his lips, and the growl of his release. But, right now, she trembled for this man. Needed what only he could give her.
The moment she realized it, her heart shuddered to a stop.
He stared at her, unguarded. Beyond his anger and frustration, he burned—for her. His hunger was undeniable.
Without thought, she pressed herself against him—pressed them both against the door—and brushed her lips with his. Feather-light. At first. More. She needed more. While she was reeling, her wolf reacted. Her hands fisted in his hair, tugging his head down to her. 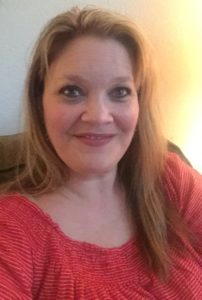 Sasha Summers grew up surrounded by books. Her passions have always been storytelling, romance, and travel–passions she’s used to write more than 20 romance novels and novellas. Now a best-selling and award-winning-author, Sasha continues to fall a little in love with each hero she writes.


From easy-on-the-eyes cowboy, sexy alpha-male werewolves, to heroes of truly mythic proportions, she believes that everyone should have their happy ending–in fiction and real life.
Sasha lives in the suburbs of the Texas Hill country with her amazing and supportive family and her beloved grumpy cat, Gerard, The Feline Overlord. She looks forward to hearing from fans and hopes you’ll visit her online.