From USA Today bestselling author Kimberly Kincaid comes CROSSING HOPE, the next standalone title in the Cross Creek series, now available! A series filled with rugged, salt of the earth heroes who happen to be brothers, and strong family dynamics, CROSSING HOPE is filled with heart, humor, and heat. Grab your copy today! 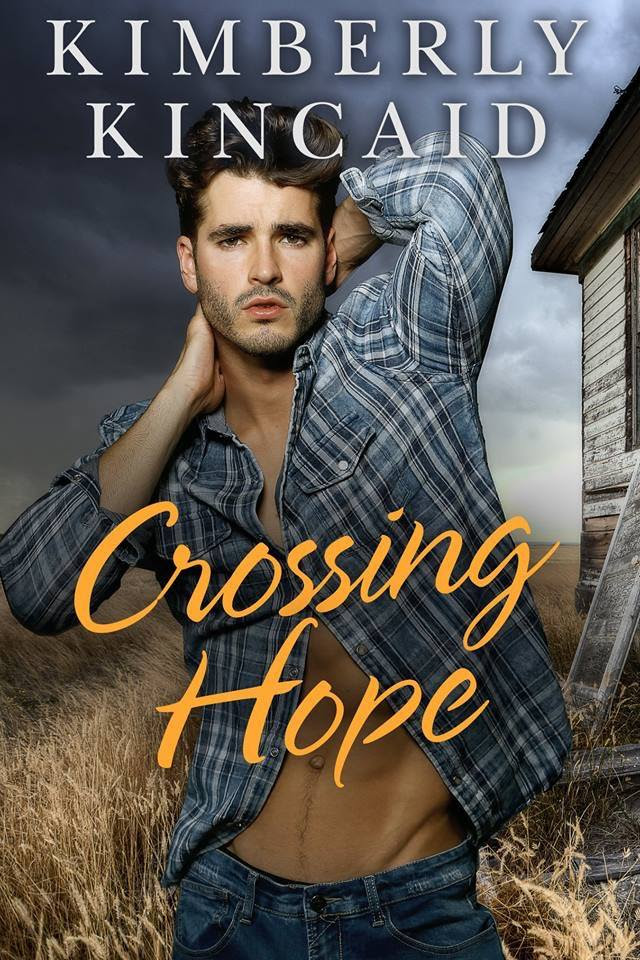 Marley Rallston would rather be anywhere other than too-small-for-a-map-dot Millhaven, Virginia. But thanks to a heap of debt, what was supposed to be a quick trip to fulfill her mother’s dying wish has turned into an extended stay with the family she never knew she had and the father who never wanted her. To top it off, now she’s being forced to do community service with the town’s biggest bad boy, when all she wants to do is make enough cash to get out of Dodge? Life can’t get much worse.


The only thing Greyson Whittaker cares about is his family’s farm. He’ll do anything to keep Whittaker Hollow in the black, including live up to his rough, tough reputation by running the place by himself, no matter the cost. Mandatory community service with the daughter of their biggest rival is the last thing he wants or needs. But the more time Greyson and Marley spend together, the hotter their attraction burns, and the more the unlikely pair begins to realize that forbidden fruit just might taste the sweetest… 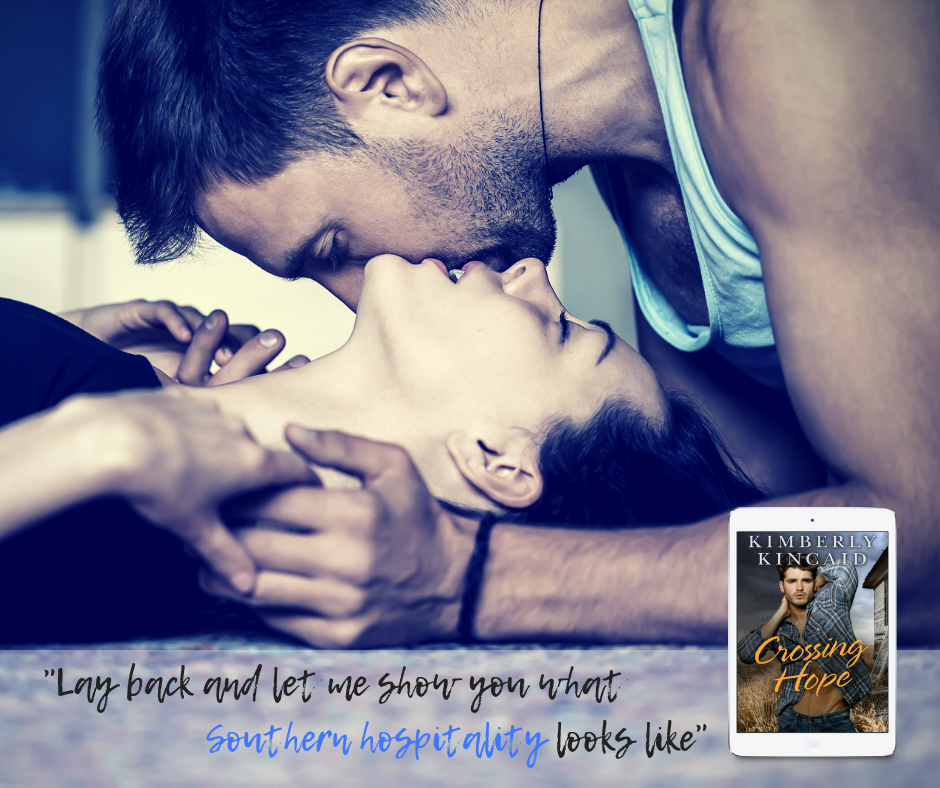 
Marley’s boots clapped to a halt on the linoleum at the same time her heartbeat cranked way, way up in her chest. She blamed the former on the way the deputy—who had nervously picked her up from The Corner Market—had stopped short beside her, as well as the sight of her oldest brother Owen’s best friend standing a few feet away, his face locked in disbelief. The latter was entirely the fault of the man planted next to Lane, though. Between his tanned skin, the tall, muscular frame that nearly gave Lane’s a run for its money, and the inky black tattoo curling from beneath the sleeve of his T-shirt all the way to his left elbow, Marley really couldn’t help the visceral reaction.


Even if the guy was leveling her with a dark and stormy gaze that said he didn’t like what he was looking at in return.


“What the hell is going on here?” Lane’s voice crash-landed in Marley’s thoughts just in time to chase the flush from her face. What did she care what this scowling stranger thought of her, anyway? She had bigger problems at the moment, thanks.


Case in point. “I, uh,” Deputy Collingsworth stammered, turning roughly the color of summer strawberries as he cleared his throat. “I made an arrest.”


“I can see that,” Lane replied tightly. “What I meant was, would you care to elaborate on exactly why it is that you’ve arrested my best friend’s little sister?”


Marley’s gut fluttered, but she refused to let the sensation get anywhere near her face. She’d known exactly what she was doing when she’d claimed those groceries as her own. Even if the steel bars and jail cell were a whole lot more real now that they were standing starkly in front of her.


Deputy Collingsworth straightened. “She was shoplifting at The Corner Market. Travis Paulson caught her red-handed, and she admitted it, to him and to me. What else was I supposed to do?”


Shock streaked over Lane’s face, but it didn’t last. “Radio me, for starters,” he hissed, and the guy next to him released an audible, oh-please scoff that sent Marley’s brows hooking up. She opened her mouth to tell Lane and the deputy and God and anyone else within earshot that she didn’t want any special treatment.


But Lane was already shaking his head, the thought forgotten. “You know what, never mind. We’ve got a more immediate issue to deal with here.”


“Okay,” Woody said, enough of a question hanging in his voice that Lane huffed out a breath.


“I’ve also made an arrest, as you can see.” He jerked his chin at Tall, Dark, and Scowling. “And we can’t put two people of the opposite sex in the same jail cell.”


The guy’s face changed then, sending another curl of heat through Marley’s blood. “By all means. Ladies first,” he said, gesturing grandly at the single cell. His smirk was its own entity, taking over his unnervingly rugged and (ugh) undeniably good-looking face as if it had a life of its own. He could fill Wrigley Field with his arrogant attitude and ultra-cocky bravado. Even then, he was brimming with so much of both that he’d probably have to use a crowbar to cram it all in. Too bad for him and his sexy little smile, Marley was packing boatloads of backbone, herself.


And she was in just the mood to let it fly like a fifty-foot flag.


“Oh, no. Really. Age before beauty,” she maintained, planting her hands on the hips of her cutoffs and smiling so sweetly at the wide-open door to the cell, she damn near needed a root canal. “After you.”


The guy’s black brows shot toward the tousled waves falling over his forehead. “It wouldn’t be gentlemanly of me to step on your cute little toes. Please. I insist.”


Oh, my God, was this guy even for real? 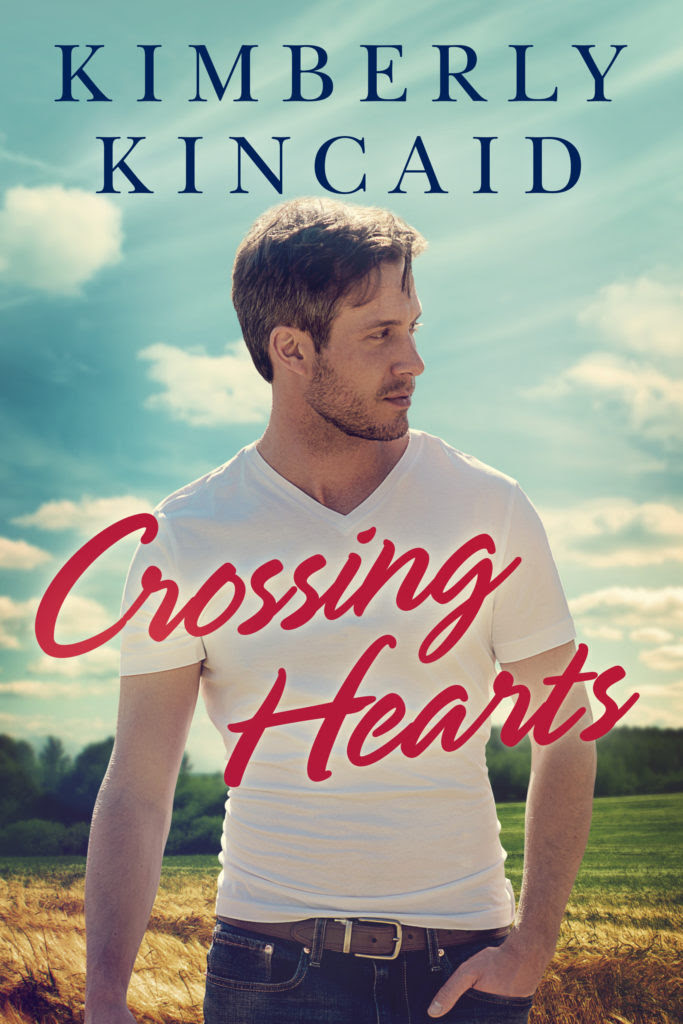 Hunter Cross has no regrets. Having left his football prospects behind the day he graduated high school, he’s happy to carry out his legacy on his family’s farm in the foothills of the Shenandoah. But when a shoulder injury puts him face-to-face with the high school sweetheart who abandoned town—and him—twelve years ago, Hunter’s simple life gets a lot more complicated.


Emerson Montgomery has secrets. Refusing to divulge why she left her job as a hotshot physical therapist for a pro football team, she struggles to readjust to life in the hometown she left behind. The more time she spends with Hunter, the more Emerson finds herself wanting to trust him with the diagnosis of MS that has turned her world upside down.


But revealing secrets comes with a price. Can Hunter and Emerson rekindle their past love? Or will the realities of the present—and the trust that goes with them—burn that bridge for good? 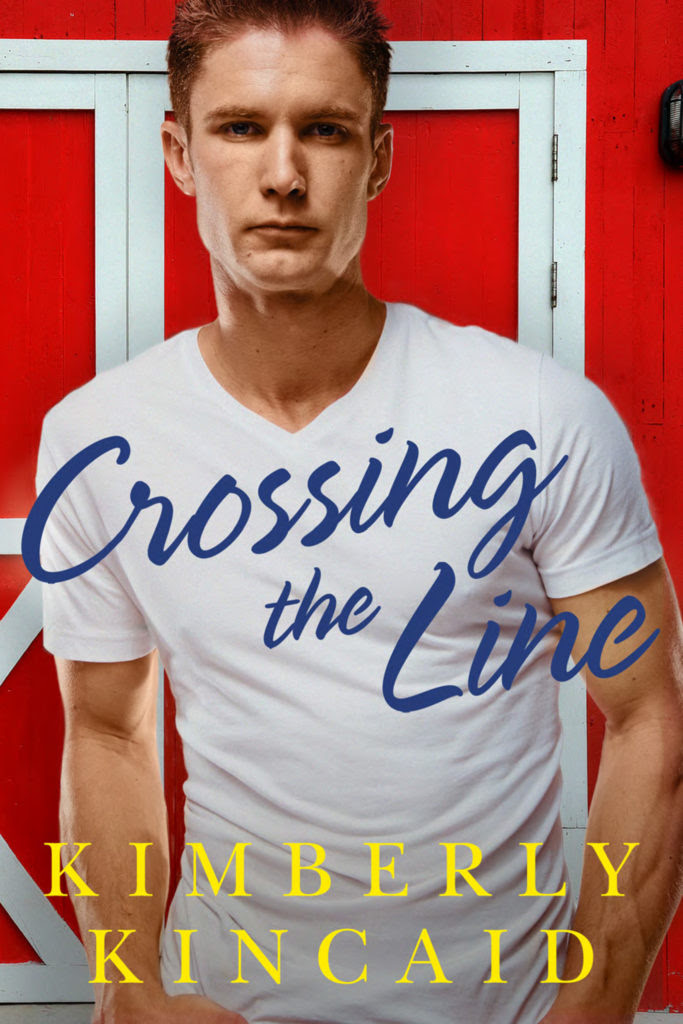 Cocky farmer Eli Cross plays twice as hard as he works. When his latest stunt drums up a heap of negative PR for the family farm, he grudgingly agrees to play host to an ambitious New York City photographer. Her feature on Cross Creek could be just the ticket to show the country what the Cross brothers do best…which is more problem than solution for Eli.


Scarlett Edwards-Stewart has photographed everything from end zones to war zones. She’s confident she can ace this one little story to help her best friend’s failing magazine. At least, she would be if her super-sexy host wasn’t so tight lipped. But the more Scarlett works with Eli, the more she discovers that he’s not who he seems. Can his secret bring them closer together? Or will it be the very thing that tears them apart? 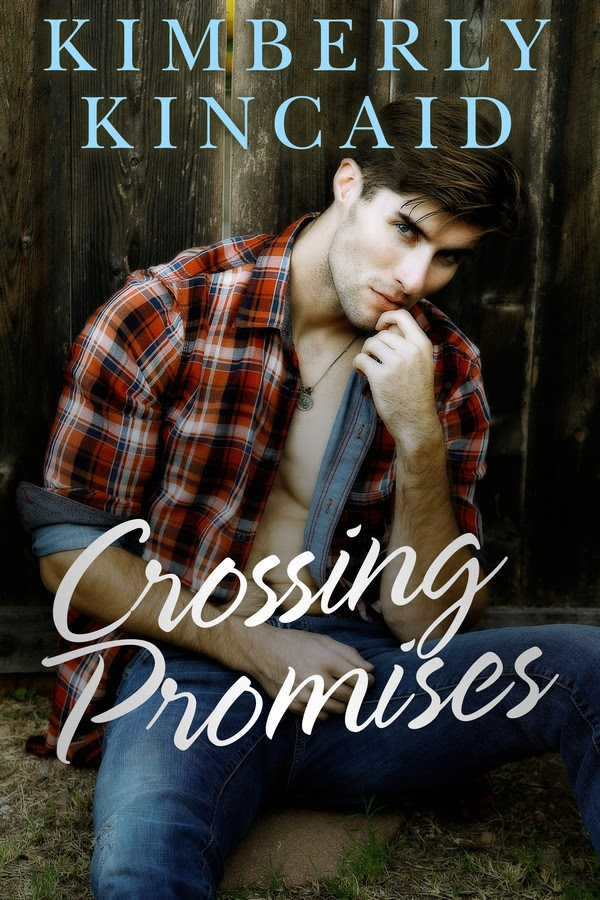 For Owen Cross, the only thing that matters more than family is farming. As the oldest Cross brother, the land is his legacy, and he’ll do whatever it takes to make Cross Creek a success—including hiring local widow Cate McAllister to manage the bookkeeping tasks that are growing in his office like weeds. Cate’s as pragmatic as she is pretty, and she rattles his hard-fought composure at every turn.


Cate had known a lot of things about her husband before he died three years ago in a car accident, but how much debt he’d gotten them into wasn’t one of them. She needs her job at Cross Creek, even if her boss is both gruff and gorgeous. But Owen’s a family man, through and through, and the last thing Cate is interested in is anything—or anyone—with strings attached.


As Owen and Cate join forces to right the farm, they discover there’s more to the other than the surfaces shows, and that passion can be found in unexpected places. Can Cate heal from the loss of one family to gain the love of her life? Or will the past prove too much for the promise of the future? 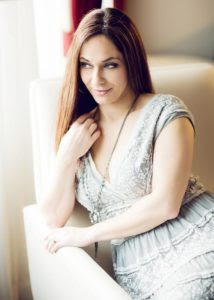 About Kimberly Kincaid:
Kimberly Kincaid writes contemporary romance that splits the difference between sexy and sweet. When she’s not sitting cross-legged in an ancient desk chair known as “The Pleather Bomber”, she can be found practicing obscene amounts of yoga, whipping up anything from enchiladas to éclairs in her kitchen, or curled up with her nose in a book. Kimberly is a USA Today best-selling author and a 2015 RWA RITA® finalist who lives (and writes!) by the mantra that food is love. Kimberly resides in Virginia with her wildly patient husband and their three daughters.