BLOG TOUR: BETTING ON HIM by Kelly Collins

We are thrilled to be bringing you the release of BETTING ON HIM by Kelly Collins. BETTING ON HIM is the first Wilde Love novel, a series about the Las Vegas mob. If you love mafia romance, this is one you don't want to miss! 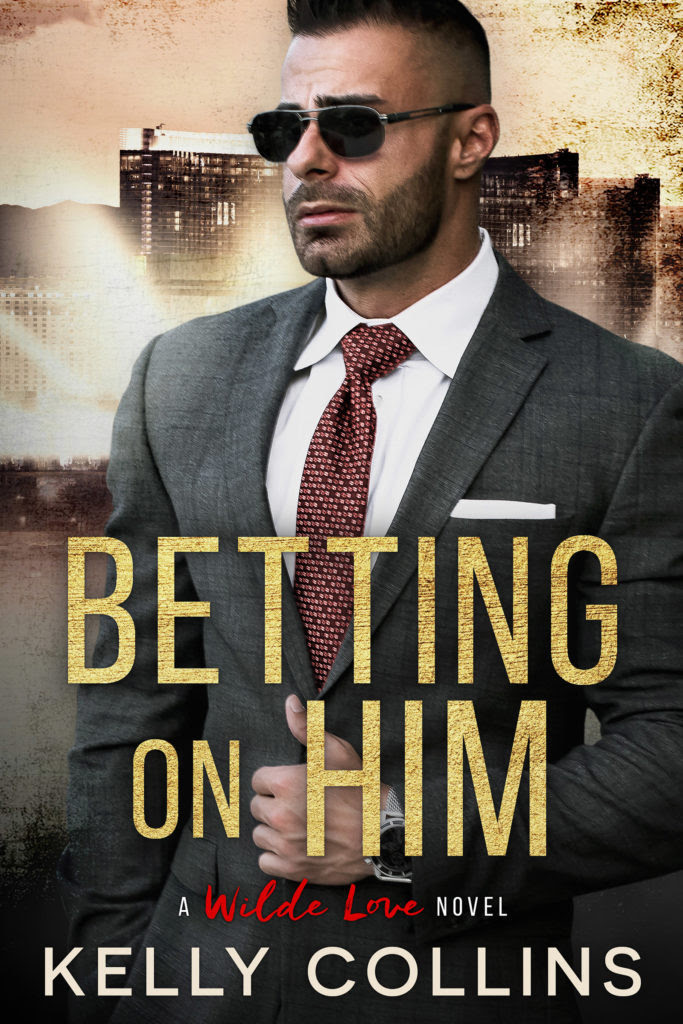 About BETTING ON HIM

He’s a gangster going straight. She’s a waitress going bankrupt. Will their gamble on a marriage of convenience pay off in true love?


Alex Wilde desperately wants to be free of the family’s mob business. But when his infamous father is murdered, the family attorney makes a suggestion he can’t ignore: find a bride before the funeral or they'll force a wedding with a nice Russian gangster girl. When he meets a feisty cocktail waitress, he thinks he’s found his way out.


Faye Tandy is desperately in debt and hard-pressed to find help. Alex’s offer of a phony marriage for a ton of cash couldn’t come at a better time and she’s happy to help him exit the criminal world. The fact that he’s tall, dark, and handsome is an attractive bonus. But when she discovers the Russians have a contract out on her head, she wonders if divorced and bankrupt would be a better choice than rich and dead...


As Faye’s fake feelings for Alex turn real, she’s terrified her trip to the altar might be her last. Will Alex and Faye’s throw of the dice succeed or will they lose the lawless game of love?

Add BETTING ON HIM to your Goodreads TBR!

Get your copy of BETTING ON HIM on Amazon today! 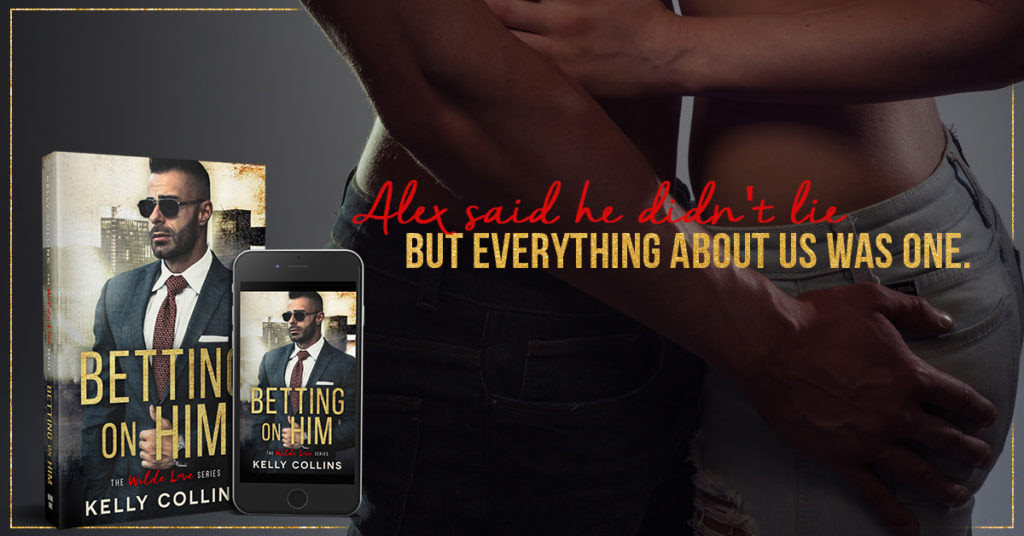 Read an excerpt from BETTING ON HIM

“Is there anything else I can get you ladies right now?”


“A stripper,” said the tall blonde in the corner. I knew she was tall because even seated, her head was six inches above everyone else.


“There are a lot of all male reviews on the strip,” I offered the women sitting around the half-moon booth. They were all pretty in a silicone, filler kind of way. I wondered how many days they’d gone without food to prepare for this outing. “The Rio has Chippendales, and there’s the Magic Mike Live show.”


One woman’s eyes focused past me. “I’ll take him, on this table, in nothing but a G-string.”


I turned around to see the most magnificent specimen of male sexuality. He’d be my type if I hadn’t sworn off men. I’d reconsider my position if I had a chance with someone like him. Not that I played for the other team. I’d leave that pool of eligibles for my roommate, Trish.


She wasn’t particular about gender; she was particular about orgasms. She liked them with regularity and preferred a variety of flavors, shapes, sizes, and colors. One thing about Trish was, she was never lonely or left unsatisfied. Of that, I was envious.


I tossed the extra napkins from my tray onto the table to catch their drool. “Can’t help you there, but I can help him.” I turned and walked toward Mr. Tall, Dark and Desirable. He seemed to debate between the corner booth opposite Cinderella and her seven stepsisters and a table in the center of the room.


He looked at his watch and frowned before he decided on the booth in the far corner.


“Hello,” I called out as he took a seat. His eyes flashed to me. They were nothing short of stunning. Most people would say they were brown, but I had a thing for eyes the color of a good scotch, and his were a Glenfiddich 18. “Can I get you something?” I leaned over the table, letting the fringe of my dress skate across the gray granite surface.


His eyes narrowed as he looked around the room. “I’m waiting for a man.”


The good ones were taken. “Figures.” I looked over my shoulder. “So are they. Well, at least seven of them. The one in the center is walking down the aisle of doom in a few days.”


He let out a low, rumbling laugh. “Not a fan of marriage?”


I shrugged. “I can’t say. I’ve never been married, but with a fifty percent failure rate, it doesn’t sound like a smart bet. Until marriage can deliver a good return on investment and quality benefits, I’m not applying for the job.”


The truth was, I’d seen enough men and bad marriages to last me a lifetime. Mom was on number seven. Gail Tandy was much like my roommate, Trish. She liked variety, but she was old-fashioned and practical. She marched each of her husbands to the one-hour chapel to make it legal, but she never changed her last name. No sense in changing it to something not likely to last.


I’d been to every one of those seven weddings, and not one of them was to my father. He was the one who got away, or rather ran away and stayed away. Michael Holt didn’t have time for wives or children. He couldn’t marry a woman when he was married to his job. Though my father’s last name was Holt, I was legally a Tandy.


“Anything to drink while you’re waiting for Mr. Right?”


His head went on full tilt. “I’m not waiting for Mr. Right. I’m waiting for my attorney. We’re meeting here.” He glanced at his watch, then back at me.


A blush of embarrassment heated my cheeks. I’d never been good at reading people or situations. Always a day late and a dollar short. It’s why I wore a flapper costume and peddled watered down drinks in a speakeasy bar.


Over my shoulder, the bridal party stared this way. “The tall one in the corner said she’d like to meet you.”


“Did she?” He raised a brow of interest and peeked around me. He shook his head. “No, thanks. Not my type.”


Something about that made me smile. “What’s your type?” I knew most men had one, but I wondered what his type would be like. Tall? Rail thin? Cheap to feed?


He licked his lips and grinned a Hollywood-worthy smile. “They have to be female.” He looked at the group once more. “I don’t do high maintenance. I don’t do forever. I don’t do soon-to-be brides. My women are here tonight and gone tomorrow.”


Figures. Then again, I couldn’t fault him. Relationships were easier if the expectations were low or nonexistent. At least with a man like him, a girl knew what she was getting—most likely a night to remember. That was something I hadn’t experienced in a long time, but it was on my to-do list just after a hundred more imperative things, like paying rent.


“It’s important to know what you like. Anything to drink while you’re waiting on your man?” I gave him a sly smile and a wink.


“I’ll make you a fresh pot. If you’re waiting for an attorney, do you want a shot of something added? Attorneys are worse than husbands and wives. Or so I hear.”


He looked at my name tag. “I like you, Faye. You’re funny.” He pulled his phone out of his pocket and set it on the table. “No whiskey. Just coffee.”


“Suit yourself.” A shrug lifted my shoulders. “You got a name?”


He looked down at his chest like his name was written there. “My name is Alessio, but everyone calls me Alex.” 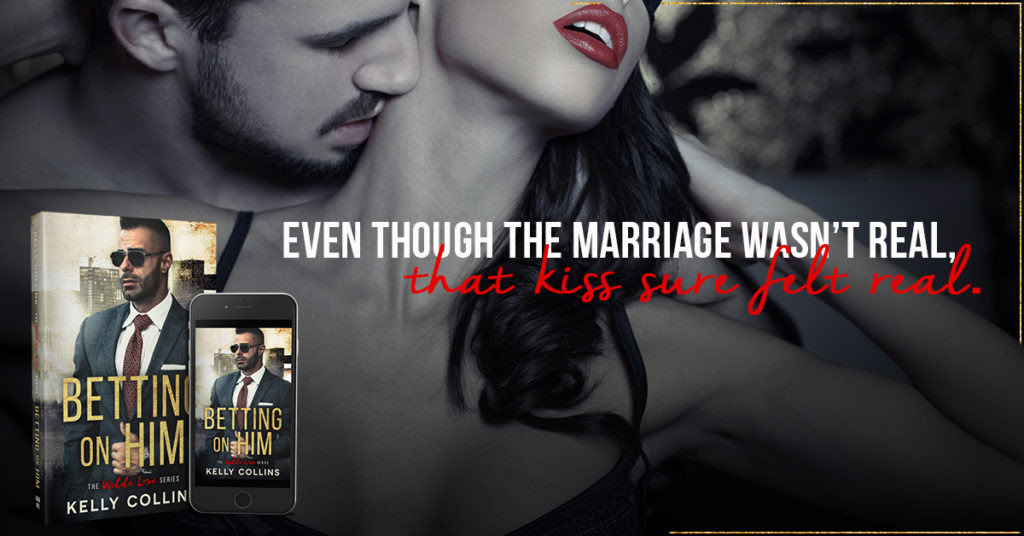 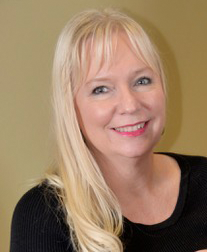 International bestselling author of more than thirty novels, Kelly Collins writes with the intention of keeping the love alive. Always a romantic, she blends real-life events with her vivid imagination to create characters and stories that lovers of contemporary romance, new adult, and romantic suspense will return to again and again.

Kelly lives in Colorado at the base of the Rocky Mountains with her husband of twenty-eight years, their two dogs, and a bird that hates her. She has three amazing children, whom she loves to pieces.