Today we have the blog tour for the much anticipated second standalone novel in the Vow Series. Check out VOW OF ATONEMENT by Emma Renshaw and get your copy now! 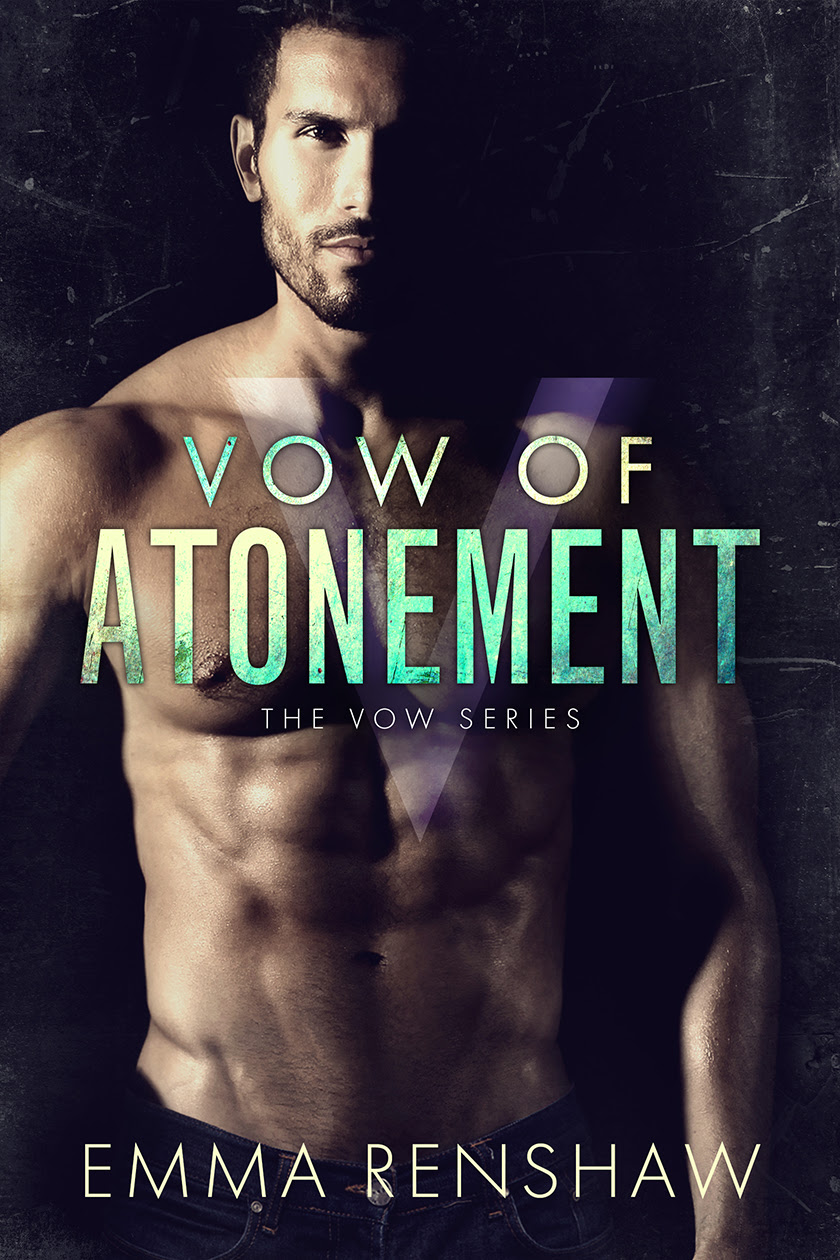 About VOW OF ATONEMENT

A bossy Army vet determined to atone for his mistakes with the only girl he’s ever loved. A sassy boutique owner trying to shield her broken heart.


Roman stole every part of Harper’s heart and soul over a decade ago and left without giving her back the pieces. She’s spent the past decade trying to forget him and everything he made her feel.

When a mysterious figure shows up, changing her life with just a few sentences, she does the unthinkable—calls the man who left her shattered all those years ago.

Roman storms back into Harper’s life with a vengeance determined to prove he is worthy of a second chance. He vows to keep her safe from the danger that has darkened her door.

But they’re both pawns in someone else’s game. And this vow might just be broken before the game is over…


Reese's Review:
I received a copy of this book for an honest review.

Harper lost everything when her family was killed and her boyfriend dumped her. Now she owns a store and all she wants is for her shop to be successful. She doesn't plan on every contacting her ex until a man comes to her claiming to be family and taking control of her store. She contacts Roman for information and assumes he'll call her back. Then she wakes up with him in her bed telling her he's here to help and that he's moving in. Roman has missed being in Harper's life more than anything else in the world. When she reached out to him asking him for help he decides he's going to do anything to be in her life permanently.

Vow of Atonement is the perfect title for this book. Roman does everything he can to atone for hurting Harper all those years ago.

Harper and Roman's story was generic with no real surprises or suspense, but the mystery surrounding Harper's family made it a worthy read.

EXCERPT:
“When you left ten years ago, none of the promises you made mattered anymore. None of them.”
“It all fucking matters. Everything. Every word I ever whispered. Every vow I ever made. All of them. The ones to you. The ones to your father. They all matter.”
I brush away the tears and stare at the man in front of me, a shadow of the boy I once knew. Shaking my head and clearing my throat, I plead with him. “Please leave.”
“No,” he says, walking closer to me. “I’m not leaving.”
“He’s dead,” I scream, holding up a hand, trying to keep him away from me. If he gets too close to me now, I’ll break completely. “He’s dead. He won’t know if you break your promise. I will be fine on my own.”
He doesn’t stop moving toward me until his chest touches my hand. He doesn’t push against it to get closer to me, just stands there giving me a tiny amount of space. His hand comes up to cover mine, holding it to him, and he brushes his thumb over my skin.
“I’m staying.”
When our eyes connect, every emotion he has ever filled me with rushes to the surface. I have always fallen apart underneath his gaze. I know I could fall head over heels in love with him again. He wouldn’t really even need to do anything. If he just stood there, looking at me the way he does, I’d probably end up begging him to let me have his babies. His eyes have always been able to light me on fire.
“Fine,” I whisper. “You’re not sleeping in my bed, though.”
He smiles a devilish grin and raises an eyebrow.
“I mean it, Roman. I’m done fighting with you. You can stay but you’re sleeping on the couch and keeping your distance from me. When Rafael proves not to be the dangerous conman you think he is, you’re leaving. Packing up and heading back to Nashville.”
“Listening to every word I said tonight?”
“Your voice is like nails on chalkboard, kind of hard to ignore. You’ll be back in Nashville in no time.” That’s not true, his deep rumbling voice is seriously sexy.
“We’ll see, Sugar.”
“Don’t call me that.”
Roman pushes against my hand, his strength too much for me, leaning into me. His lips caress the shell of my ear before he starts whispering. “How can I call you anything else when I know how sweet your skin is. How sweet your pussy tastes. How sweet your noises are when I make you come. Everything about you is as sweet as pure cane sugar. I could really use some of my favorite sweet dessert, Sugar.”
I push against him, trying to rein in my breathing and irregular heartbeat. His eyes meet mine right in front of my face. The seductive smile on his face makes my toes curl. “Go get yourself a cake,” I hiss.
“Not when you can make it and I can eat it off of you.” 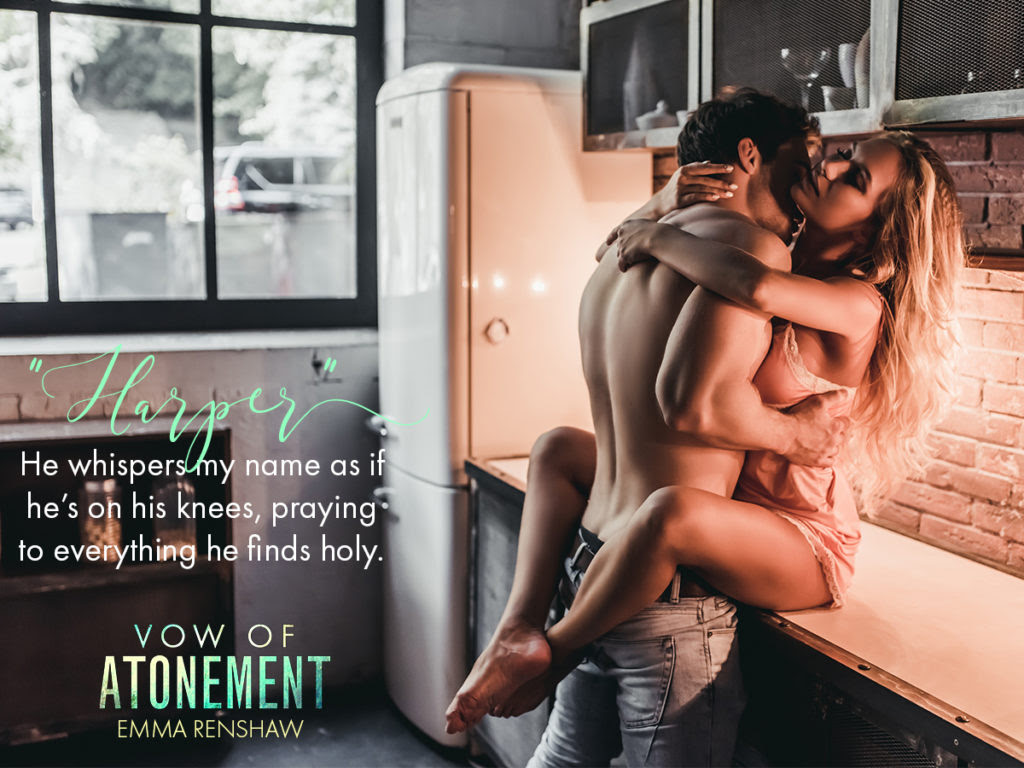 Don't want to wait? Start with the first standalone novel in the Vow Series now! 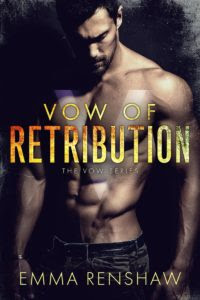 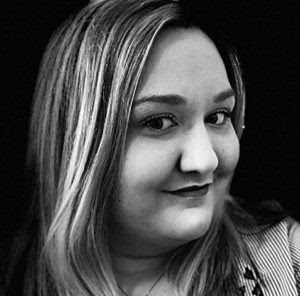 Emma loves to write, just don't ask her to write about herself. If she isn't writing, you can find her lost in a book or trying to get her doggo to take a selfie with her. He usually refuses. At the end of the day, you can find Emma at the closest Mexican restaurant eating queso and sipping on a margarita. She lives in Texas with her husband and dog.