We are thrilled to be bringing you the release of FINDING FATE by Kennedy L. Mitchell. FINDING FATE is a brand new sexy romantic suspense story that you don't want to miss--be sure to grab your copy today! 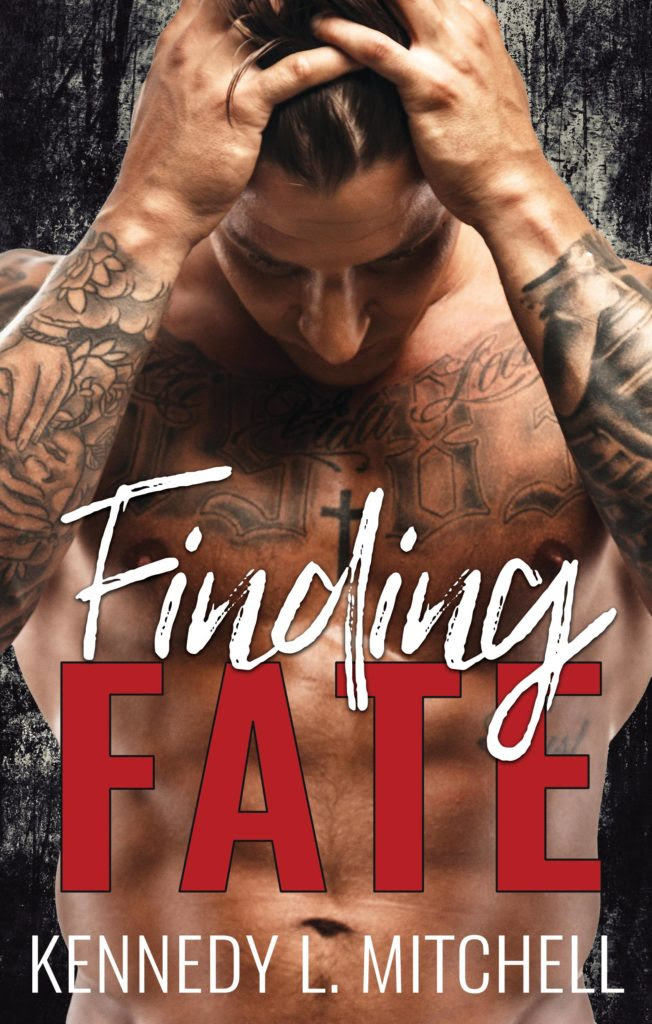 Three men hunt her. Two eager to harm and one desperate to save. Who will get to her first?


FINDING FATE is a sexy, standalone romantic suspense where love grows in the most unlikely of places.


Master hacker Fate Haley has one objective on her mind – vengeance. A year after an unthinkable tragedy destroys her family, Fate has the two men responsible in her sights and a plan in place to ensure they won’t slip through the CIA’s fingers again. At the edge of insanity, Fate’s prepared to risk it all until he slips in one dark night set on saving her.


Nash Bartley enjoys his new gig with the Contract Special Operations team. The constant travel and dangerous missions keep distance between him and any potential long-term relationship. He’s done that before and swore he’ll never do it again. Until the woman he’s sent to rescue blindsides his heart, altering his outlook on love and the future.


Attraction sizzles the moment the two meet and affection blooms during the long humid nights in the African jungle. When the evil zeroes in, Nash is forced to sacrifice a piece of himself to protect the woman he’s grown to love. But will it be enough to save them both?


Can this unlikely duo abandon their wounded pasts and let go of their secrets for a chance at a happily ever after? 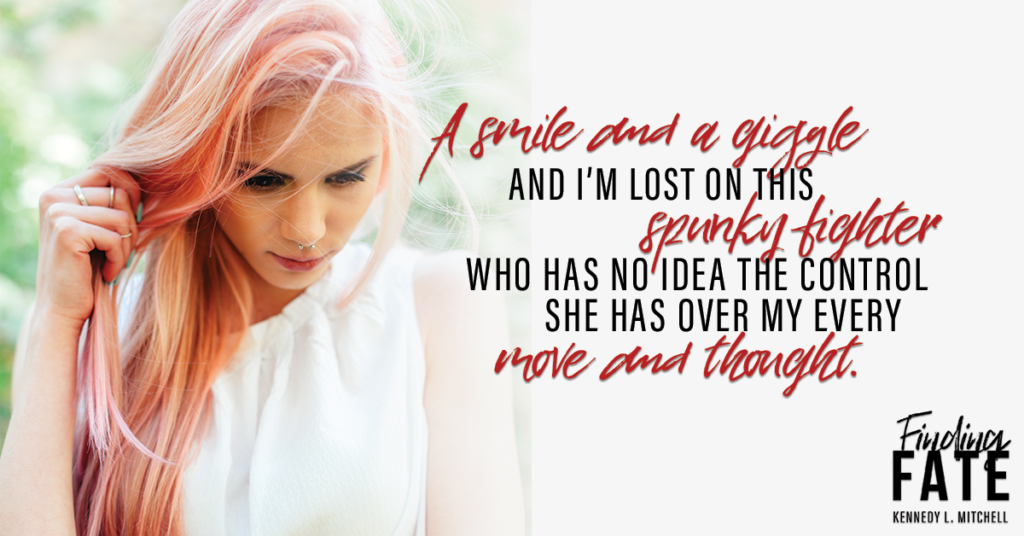 
A groan pushes past my lips as I roll to face my neighbor, but it's cut short, turning into more of a gasp when I find him staring back.
"Hi," I croak. "What's your name?" Nice. The sentence I’ve been planning all day came out smooth and not awkward. Five hundred points for Gryffindor.
"What do you want it to be?" he says.
Okay, wait. Why does that line sound familiar? It's right at the tip of my tongue….
"The guys call me Snowflake."
For the first time in weeks, maybe months, a true laugh builds in my chest. "Snowflake. Seriously. You don't look like a snowflake." You look like a gladiator is what I want to add to the end, but I keep that part to myself. My arms tremble beneath my weight from all the scrubbing as I crawl across the floor and lean against the wooden planks.
"Yeah, well I'm the youngest of our little group, and they think since I'm a damn Millennial, I'm as delicate as a snowflake. Always getting my feelings hurt or offended by stupid shit." He huffs a laugh. "The hair and tattoos don't help with their misjudgments."
"Are you?" Okay, how and why is there a smile pulling at my lips?
"Fuck no. They just like to give me a hard time. Fuckers." Shouting outside the shack makes him pause until it dies down. "If you don't want to call me that, Nash works too."
"Nash," I mumble. Knew it would be something unique. Unique like him.
"So, Pops, let’s talk about rules."
I snap my head up to meet narrowed brown eyes. "Rules?" I question.
"Okay, rule. You got me there. One major rule."
Beneath my veil, I search his eyes as I wait.
"Do not, under any circumstances, risk your life for mine again. They’ll do all that beating shit again to get information out of me, and next time I need you to keep your mouth shut."
Great, he thinks I'm an idiot. Embarrassment drops my gaze to the dirt.
"I can't watch them hurt you again because of me," he sighs. The wood vibrates at the back of his head falling against it. "If we're not careful, they'll learn my weakness isn’t my own pain."
Not sure how to respond to that bit of honesty, I avoid responding and crawl to the dinner pan, taking a sip of water from the cup beside it. Halfway through the overcooked beans, I glance over. He's lying on his back, hands resting on his chest, staring at the ceiling.
"Do you hear that?" I whisper, then close my eyes, relishing the silence.
"What's that, Pops?"
"Nothing."
"Okay…," he says, not understanding where I'm going with this. Of course he doesn't. He wasn’t here when the girls were being raped on a nightly basis.
"There's no crying. No calls for me to help them. No soft, broken whimpers in the corner or out there." I nod toward the camp, which of course he can't see. "You did that. You saved them. I know you’re here because of me, but you have to know, to understand what you did for them and me. Thank you. Thank you for taking them away from this shit hole."
A long pause of silence stretches before he says, "You haven't asked where they are."
"They're not here. That's what matters."
"But you are."


Ignoring that bit of truth, I go back to eating. When I'm done, I lie back to savor the glorious silence. 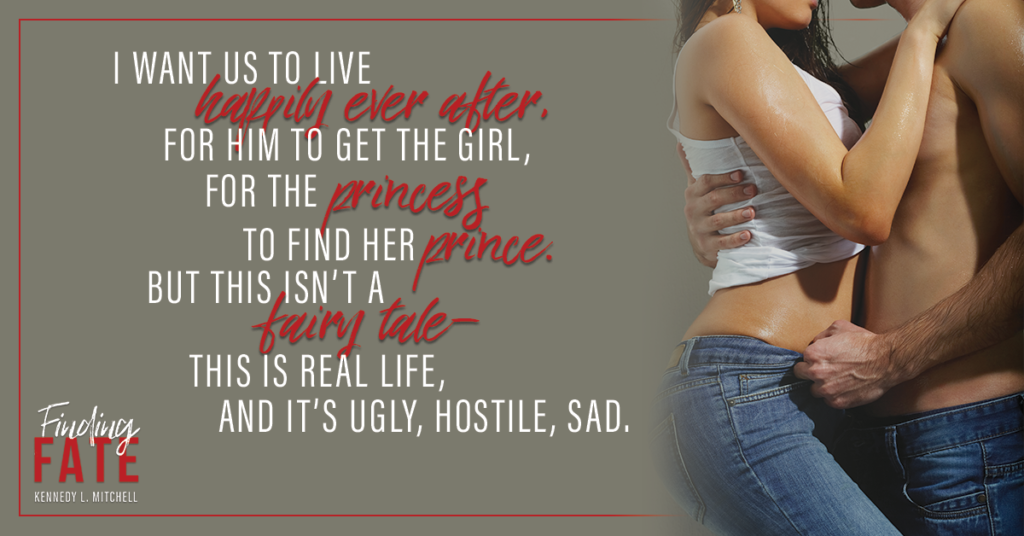 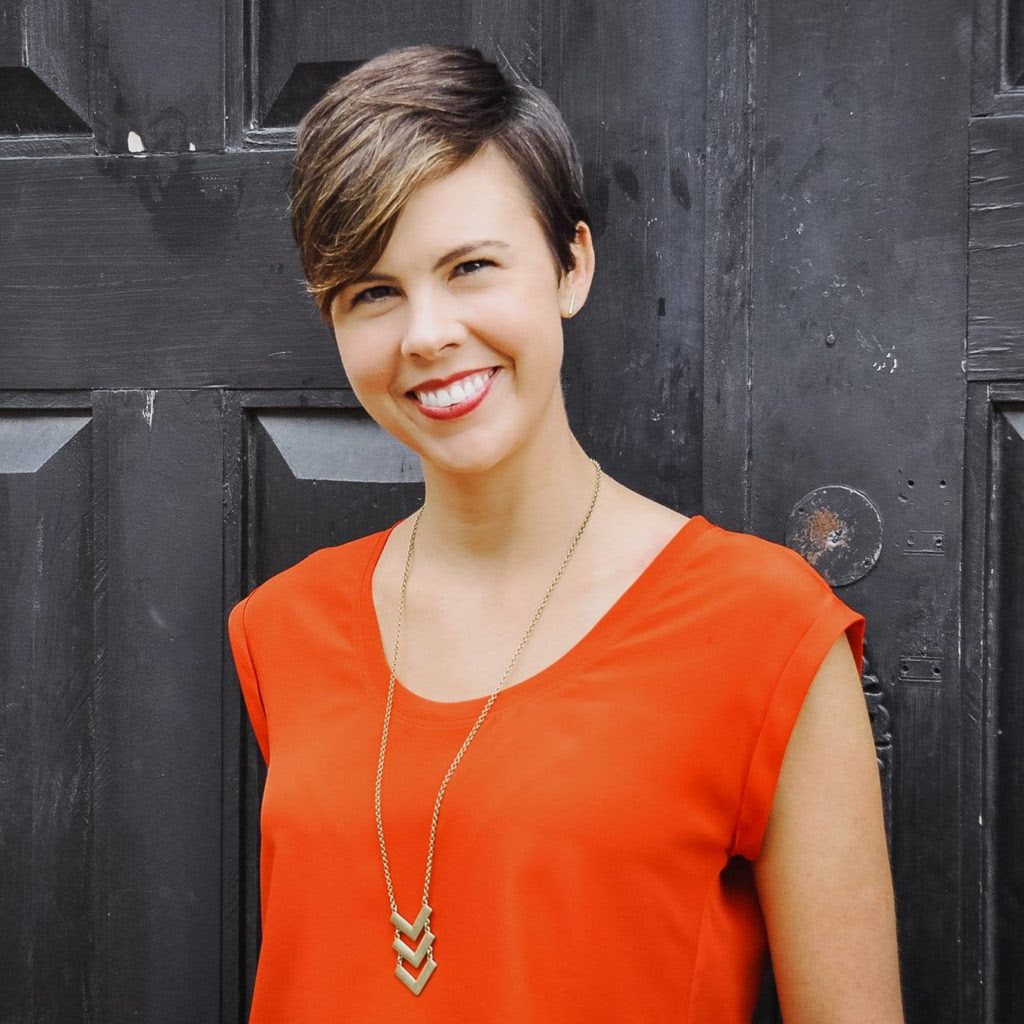 Kennedy lives in Dallas with her husband, son, and 80lb Goldendoodle who still believes he’s a lap dog. A bookworm at heart, Kennedy loves to snuggle up in bed or by the campfire with an unputdownable book. She began writing two years ago with Falling for the Chance and has no plans of stopping. Her novels are witty, action-packed, and offer enough steam for a great facial. If you like strong heroines and sexy, tattooed men who can’t keep their hands off them, then this author is the one for you.