A woman with garden magic finds out the builder in charge of remodeling her florist shop is the same man who broke her heart over a decade ago. In spite of best-laid plans, they find themselves falling head over hearts in this whimsical romantic comedy where opposites attract, sparks fly, and magical mayhem ensues. 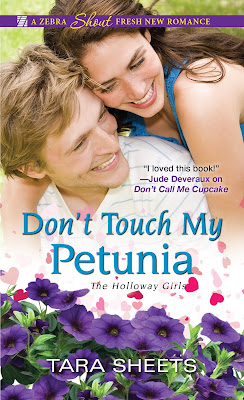 
Pine Cove Island is the kind of enchanting place where anything is possible . . .
The Holloway women each have a special gift, passed down through generations, each one a little different. Juliette possesses a magical green thumb, which makes her job managing the local florist shop a dream. She may be a bit wild, but she knows what she wants: to save enough money to buy the shop from her boss. Then in marches Logan O’Connor, more annoyingly handsome than ever, turning all her plans upside down.
Logan hasn’t been back on Pine Cove Island since he was eighteen and broke Juliette’s teenage heart. Now it turns out he’s her boss’s nephew—and will be spending his days remodeling the shop and barking orders. At her.
For the sake of the business, Juliette will have to ignore their simmering attraction and work with Logan. But that doesn’t mean she has to make things easy for him. Because no one knows better than she that one tiny, perfectly planted bit of garden magic could uproot Logan’s own plans and keep him out of her way. And nothing would make her happier. At least that’s what she thinks . . .


Get More information at: Goodreads | Amazon | Barnes & Noble | iBooks | Kobo | GooglePlay
Excerpt:
It was ten o’clock in the morning by the time Logan strolled in to work. Juliette tried to tell herself it didn’t matter; his job was his business. But that wasn’t entirely true. As the standing manager of Romeo’s Florist Shop, it was her responsibility to oversee everything that went on, which included the business of Romeo’s slow-moving, swaggering nephew.

“Nice of you to finally make it in,” she said when he came through the back door. She’d spent the morning swamped with customers and orders, and in the middle of it she’d had to deal with Logan’s lumberyard delivery all by herself.
He walked over to the coffeepot and poured himself a cup from the new machine. His face looked drawn, and there were dark shadows under his eyes.
Juliette crossed her arms and opened her mouth to speak, but Logan held up a hand.
“Before you start,” he said, “you should know that my answer to everything for the next five minutes is going to be ‘coffee.’”
“You should know that you’re late,” she tossed back. “We open at eight o’clock here.”
He raised his mug in salute and took a sip.
“The lumber company stopped by this morning at eight-thirty,” she continued, “and since you weren’t here, they started dumping all the supplies by the front walkway. And this time, the store was filled with customers.”
Logan leaned against the counter and regarded her with bloodshot eyes. He took another slow sip.
“What is wrong with you this morning?” she blurted. “You look like you drank one too many shots of tequila last night and had to crawl home on your lips.”
His mouth lifted at one corner as if he found her amusing.
“It’s not funny,” she said with growing annoyance. “You’re supposed to be here on time so you can handle all the remodel stuff.”
He closed his eyes and rubbed his face with one hand. “A friend kept me up all night.”
An image of the pretty blonde from the bonfire flashed across Juliette’s mind. She’d been wrapped around him like a human pretzel, and it hadn’t seemed to bother him.
Juliette bristled. “Look, if you want to party all night long with Suzy Sunshine, go right ahead. But you’re still expected to show up on time and get some actual work done here. The rest of us have to do our jobs. I’m sure Romeo wouldn’t be thrilled to know you were dragging in two hours late on your second day of work.”
Logan stopped with his cup halfway to his mouth. “Suzy Sunshine?”
“That girl from the barbeque.”
He frowned. “You mean Bella?”
“Whatever.”  She wouldn’t know. Because she didn’t care.
“We weren’t partying,” he said casually. “Not all night, anyway. I wasn’t up for it.”
She had the sudden urge to throw something at him. Instead, she smiled sweetly. “Stamina problems, huh? Not a shocker. It’s your second day on the job and you can’t even keep up.”
Logan set his cup on the counter with a thud, an unspoken challenge in his eyes.
All Juliette’s nerve endings went on high alert. She suddenly felt like a rabbit in plain sight of a wolf.
His gaze slid lazily down her body in a sensual caress, then back up to linger on her mouth before meeting her eyes. “I have no problems keeping up, Juliette.”  He drew her name out on his tongue like he could taste it. “I’d be happy to prove it to you, if you don’t believe me.”
More from the Holloway Girls seriesDon’t Call Me CupcakeAmazon  |  Barnes and Noble  |  Kobo  |  iTunes  |  Books-A-Million
Follow the tour and #enter to #win a signed paperback set of the first two books in the Holloway Girls series
Enter at: http://www.rafflecopter.com/rafl/display/b050ef29573/?
a Rafflecopter giveaway
Follow the tour and #enter to #win a signed paperback set of the first two books in the Holloway Girls series
9/24/18
Nikki's book nook - Review
What Is That Book About - Spotlight
Cathy's World - Spotlight
Evermore Books - Spotlight
Patriotic Bookaholic - Spotlight
Book Magic - Under a spell with every page - Review
9/25/15
Murder by Tomes - Spotlight
Books of My Heart - Review
RoloPoloBookBlog - Review
I Love Romance - Spotlight
Reads All the Books - Spotlight
9/26/28
A Chick Who Reads - Spotlight
Books and Warpaint - Spotlight
Celticlady's Reviews - Spotlight
I Need to Read That - Spotlight
Reese's Review - Spotlight
9/27/18
Romance Reviews Today Blog - Spotlight
Buried Under Romance - Spotlight
Paulette's Papers - Spotlight
Punya Reviews... - Spotlight
Sea's Nod - Spotlight
9/28/18
What's Detetiv Doing now - Review
Sofia Loves Books - Review
Lisa Book Blog - Spotlight
Ladytechie’s Book Musings - Spotlight
Tangled Hearts Book Reviews - Spotlight
10/1/18
Life at 17 - Review
Bookish Jottings - Review
LibriAmoriMiei - Spotlight
TBR Book Blog - Spotlight
My Book Filled Life - Review
10/2/18
Always Reiding - Spotlight
Books,Dreams,Life - Spotlight
Cuz I'm A Nerd - Spotlight
M&Js book blog - Spotlight
Teatime and Books - Spotlight
THE WORLD AS I SEE IT - Spotlight
10/3/18
Book Lover in Florida - Spotlight
Cali Book Reviews - Spotlight
Delish, Devine and All Mine - Spotlight
Natasha's Book Nook - Spotlight
The Power of Three Readers - Spotlight
We All Make Mistakes in Books - Spotlight
10/4/18
Book Lovers Reviews and Recommendations - Spotlight
Cat's Guilty Pleasure - Spotlight
OMGReads - Spotlight
Once Upon a Book Blog - Spotlight
The Reading Diaries - Spotlight
Yearwood La Novela - Spotlight
10/5/18
Kimmie Sue’s Book Review & More - Review
Nicole's Book Musings - Review
Triple A - Review
Dog Eared Pages - Review
The Voluptuous Book Diva - Spotlight 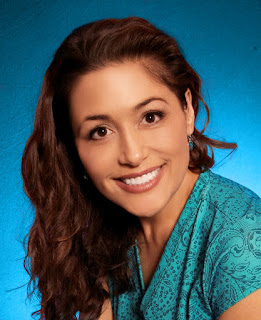 TARA SHEETS is an award-winning author of contemporary romance and women’s fiction. Her work has earned first place recognition in literary contests nationwide and her debut novel, Don’t Call Me Cupcake, won the 2016 Golden Heart® award sponsored by Romance Writers of America®. Tara began her career as an author in the Pacific Northwest, inspired by the rain and the misty mountains and the rivers of Starbucks coffee.  She now lives in the warm, wonderful South where she can stand outside with no coat on, and she finds that pretty inspiring too.  When not writing, Tara enjoys life with her book-loving family and a book-eating dog named Merlin. She is represented by Sarah Phair at Trident Media Group.
Connect with Tara:  Website  |  Facebook  |  Twitter  |  Goodreads  |  Amazon  |  BookBub
Posted by Reese's Reviews at 12:00 AM