A Romance with All the Right Moves! 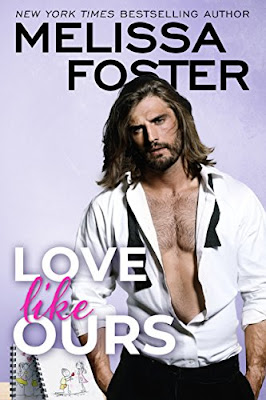 Talia Dalton lives her life on cruise control. Despite her successful career as a professor, she prefers protecting her broken heart to taking chances. She’s calm, cool, collected, and steady. Until the morning she takes her eyes off that familiar road and almost runs over the sexiest man she’s ever seen. It may not be the best way to start the day, but it might be the type of shake-up she needs.


Male dancer Derek Grant has goals, and nothing is going to get in the way of achieving them. As a graduate student and the sole caretaker of his ailing father, he hasn’t much time for relationships. Then Talia crashes into his life. Sweet, pretty—and so buttoned-up that he can’t wait to help her cut
loose.

For Derek, falling in love was a beautiful accident waiting to happen. And it might be exactly what Talia needs—if she’s willing to let go of the past and embrace every surprise Derek has to offer.


LOVE LIKE OURS is being published by Montlake (an Amazon imprint) and won’t be available on other ebook retailers, but you can download a FREE Kindle e-reader app to read it here or order the paperback.

Excerpt
“You’re in for it now!”
She shrieked and ran across the snow. He darted after her, but she dashed through the gazebo, scooped up a handful of snow, and tossed it at him. It hit him square in the face, and she gasped.
“Sorry!”
He teasingly growled and made a huge snowball, lightly packed so as not to hurt her, and stalked toward her.
She stumbled backward, waving her hands. “No, please!” she said between laughs.
Her killer smile was almost enough to stop him in his tracks. “Oh yes, Parking Lot Princess. You are mine!”
She grabbed another handful of snow and lobbed it at him, missing by a mile. Then she sprinted away. He took off after her and she turned, tripping over her own feet. He lunged, catching her in his arms, but their momentum sent them both to the snow. She landed on top of him, both of them laughing. Molly whined and licked their faces.
Her teeth chattered. “Sorry!”
“Hell, Talia. I’m not.”
Her eyes widened, then brimmed with heat again, dark and alluring as they skimmed over his face and lingered on his lips. Her body sank exquisitely into his. Even separated by coats and clothing, she felt incredible. Molly lay in the snow, watching them as if she felt the unbelievable moment, too. When Talia’s eyes found his again, they were like windows to her soul. Every sexy thought was right there on the surface, so tempting he was about to lean up and take a kiss, when she suddenly schooled her expression, as if she’d just realized she’d shown her true emotions, and rolled off him.
She lay on her back beside him, staring up at the sky, breathing heavily.
He leaned over her and gazed deeply into her troubled, beautiful eyes. Whatever this was between them was magnificent and stronger than anything he’d ever felt, but the caution in her eyes won again. “I’m sorry. I didn’t mean to cross a line. It’s been a long time since I’ve”—wanted to kiss a woman—“felt whatever this is between us.”
She pressed her lips together, and as he backed off, she grabbed his sleeve and said, “Me too. It’s been a long time.”
Man, she was so close, her desire evident in her tight grasp on his sleeve and the longing look in her eyes, but the tentativeness was still there, brimming before him. He swallowed his desires and went for levity.
“Do you have an ailing family member you’re caring for, too?”
She shook her head. “I have fear of the unknown, trust issues, and a full life.”
“Is that all?” He helped her to her feet, both of them smiling with his tease.
Molly got up, wagging her tail.
Talia’s teeth were still chattering. He put his hands on her arms and rubbed them, itching to pull her against him and heat her up with a scorching-hot kiss. Instead he took her hand and said, “I’ve got something to warm you up.”
“Um . . . ?” Her cheeks pinked up again.
He chuckled. “Yeah, that, but since we’ve already tabled the good stuff . . .” With Molly in tow, he led her to where his backpack lay in the snow. He dug out the thermoses he’d brought and handed her one. “It’s not as fun, but this should do the trick.”
She pulled her hat a little lower on her ears. “What is it?”
“Tuxedo mocha. Have you ever had one?”
She shook her head, wrapping both hands around the warm thermos. “Thank you for not making me an alcoholic drink the other night, by the way. That was really nice of you to remember.”
“You’re hard to forget, Talia.” He loved the sultry look that earned him and had to distract himself before he made the mistake of tasting that look. “I shouldn’t have waited so long to give this to you. The whipped cream and chocolate curls are probably melted.”
“You had me at whipped cream.” She took a sip and closed her eyes, moaning appreciatively. “Holy cow,” she said breathlessly. “This is heaven in a cup.”
He clenched his jaw as his mind chased that moan down an X-rated path. “It’ll be even better next time, when I make it fresh for you.”
“Next time?” she asked, and took another sip.
The tip of her tongue swept over her lips, seriously testing his ability to hold his tongue. He shouldered his backpack and took Molly’s leash from where it dangled out of Talia’s pocket. As he hooked it onto Molly’s collar, he said, “How can I help you step out of your comfort zone and get over all your hurdles if we don’t see each other again?” 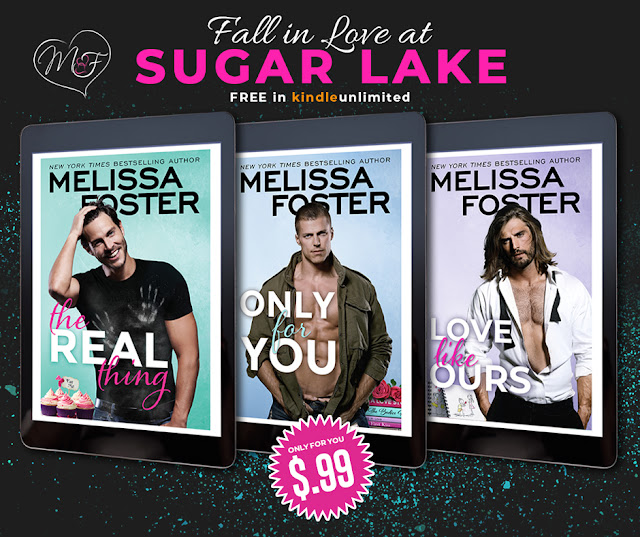