A ROSE IN THE HIGHLANDS Excerpt Blitz

I am so excited that I get to share an exclusive excerpt from A ROSE IN THE HIGHLANDS by Heather McCollum!

If you haven’t yet heard about this wonderful book by Author Heather McCollum, be sure to check
out all the details below.

This blitz also includes a giveaway for a $15 Amazon Gift Card, International, courtesy of Entangled
Publishing and Rockstar Book Tours. So if you’d like a chance to win, enter in the Rafflecopter at the bottom of this post. 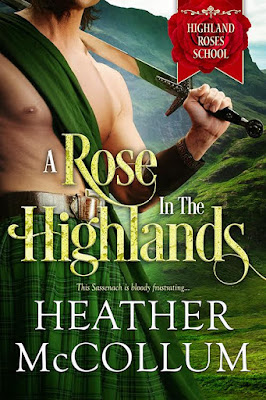 Englishwoman Evelyn Worthington is resolved to build a school for ladies in her brother's newly purchased Scottish castle. But when she arrives, not only does she find the castle scorched by fire, but a brawny Highlander bars her entry.


Clan chief Grey Campbell would rather die than see his family home, Finlarig Castle, fall into English hands, so Grey must win the battle of wills with the beautiful Sassenach who flashes a bill of sale before him.


When the war between Evelyn and Grey escalates, passions flare. But outsiders have their own plans for Finlarig. After secrets are revealed, and muskets are lit, the fates of the Campbell Clan, the school, and a possible future for Grey and Evelyn are in as much jeopardy as their lives.

Excerpt:
Black soot scorched upward around the door, the glass windows burst out, the remaining shards like
jagged teeth set in a series of open-mouthed screams. Had the captain mistakenly set her castle ablaze? She flattened her hand to her chest and straightened as James came to the door.


“The storm is upon us, milady. Best to get you three inside. I will help ye in while Thomas holds the horses.”


“Thomas won’t be able to hold the horses by himself if they spook,” Evelyn said, placing her
hand in James’s. “We will be fine.” Had he not seen the soot? Perhaps it had been a trick of the shadows. But the smell of smoke was no shadow.


“Scarlet,” Evelyn said as a sprinkling of rain misted her face. “The school… the castle…”


Astonishment made her mind race faster than her mouth could form words. What had happened? How could she make a profitable school and sheep farm if the castle was uninhabitable? Please let only the outside be scorched.


Her sister climbed out, Molly bringing up the rear, and then James and Thomas hurried to the horses. With the storm upon them, they would unhook and shelter the animals, retrieving the carriage when it had passed.


Evelyn stood waiting for another flash of lightning. “’Tis impossible to see anything,” Scarlet
called as more rain shot down. “Hurry.” She linked her arm in Evelyn’s as they strode toward the steps leading into the keep. Large pines and winter-bare trees, which grew just outside the wall, bowed and bucked overhead. The horses whinnied as Thomas and James led them around to what looked to the stables. Rocks bruised Evelyn’s feet through her slippers, and she shot up the first step, her bare fingers on the wet stone.

“God’s teeth,” Scarlet said beside her.


God’s teeth, indeed. Standing at the top of the steps, illuminated by a flaming torch, was a man
dressed in a kilt, his arms and chest bare. Perhaps it was the darkness around him or the fact that she stood below on the steps, but the man looked larger than any human she’d ever seen like a Scottish legend come to life. Broad across the shoulders and tall, power radiated out from his braced stance. His arms were corded with muscle. She couldn’t tell the color of his hair, but it was dark and free of the wigs that were so popular in England. Her heart sped at the obvious strength and finely wrought features of his fierce face. With this man at the school, they’d have no worries about bandits or thieves. Perhaps she could hire him.


“Hello, sir. I am Lady Evelyn Worthington of Hollings Estate in Lincolnshire.” He held a torch where he stood under the eaves, frowning. Had she woken him? She blinked against the brightness of the flame and the rain in her eyes but managed a smile. “Are you the caretaker of the castle?”


His voice came as if from the storm above: hard, cold and booming. “Get the bloody hell out of my
bailey.” 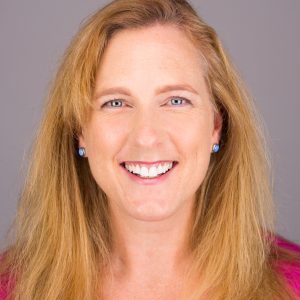 Heather McCollum is an award-winning, historical romance writer. She currently has seventeen
published novels and is a member of the Ruby Slippered Sisterhood of 2009 Golden Heart finalists. She is a 2015 Readers’ Choice winner and a member of Heart of Carolina Romance Writers.


The ancient magic and lush beauty of Great Britain entranced Ms. McCollum’s heart and imagination
when she visited there years ago. The country’s history and landscape have been a backdrop for her writing ever since.


When she is not creating vivid characters and settings, she spends her time educating women on the symptoms of Ovarian Cancer. She has recently slayed the cancer beast and resides with her very own Highland hero and three spirited children in the wilds of suburbia on the mid-Atlantic coast.