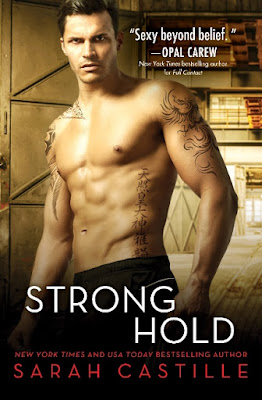 Fight promoter Zack Grayson is on the prowl for a rising star. As the top recruiter of a prestigious MMA promotion company, he wants to take someone where he will never be able to go again: the top of the professional league. He didn’t expect that someone to be the woman he loved…and left.

Top-ranked MMA amateur fighter Shayla “Shilla the Killa” Tanner built walls around her heart when Zack left her seven years ago—and again when her husband turned violent. Now, seeing Zack is nearly enough to send those walls crumbling. But she can’t risk the exposure of the limelight, and she definitely can’t risk another heartbreak.

As Shayla and Zack grow closer, though, business turns personal. And once their passion unleashes, there’s no going back…

Book Excerpt:
“Shayla?”
For the longest moment, Zack’s brain couldn’t process the sight in front of him.
Seven years, ten months, and twenty-seven days. That was how long it had been since he’d seen her. That was how long it had been since he’d lived a life without regret.
He felt a dangerous heating of his blood as he stared at the woman in his arms. Her slim, lean, graceful dancer’s body was now powerful and strong, but the classic beauty of her oval face shone through the mask of bruises. Her eyes were still the dark blue of the violets he’d picked for her when she turned thirteen, and her beautiful long hair was shorter and tied into a ponytail that swung behind her.
His gaze dropped to her ripped shirt and torn, black leggings. No wonder he hadn’t recognized her right away. She was supposed to be fangirling Nureyev, not Nirvana.
“What are you doing here?” His hands tightened around her waist as he tried to control his emotions. He hadn’t ripped his heart out of his chest and walked away so Shayla could wind up bruised and beaten in an MMA gym in the worst part of Oakland.
And married. He had almost forgotten that only a year after they’d split up, she had married another man.
“I train here.”
She tried to pull away, but Zack firmed his grip. He’d let her go once, and he’d regretted it every single day of his life. He wanted answers, and he wanted them now.
“Why aren’t you dancing?” he demanded. He’d followed her ballet career until he’d won his first amateur title belt and MEFC had come calling with an invitation to the pros. With his belt in one hand, a contract in the other, and his worth now splashed on screens and magazines across the globe, he’d gone to New York to find her, only to discover she was with someone else.
Shayla bristled. “Because I’m not.”
“That’s not an answer.” He instantly regretted his abrupt tone. Although he’d thought nothing could hurt more than discovering he had been so quickly and easily replaced, the death of Tadashi “the Mountain” Okami had left him emotionally scarred and quick to anger.
“That’s all you’re going to get.” She twisted away and he released her, caught in a maelstrom of emotion. It was almost too much to take in. Shayla. Redemption. Her drastic career change. And the hostility he had never expected to face. He had given her everything. Sacrificed everything. He had left her to make himself worthy. He had set her free so she could fly.
“Shay…” He breathed in a lungful of her scent, his stomach doing a strange twist at the familiar fragrance of wildflowers.
“Leave me alone.”
“I just want to talk.”
Pain flickered across her beautiful face. “You’re seven years too late.”
“Give me a chance to explain.”
“I don’t care, Zack. It’s all in the past. I’ve moved on and so should you.”
“You don’t mean that.”
“Don’t tell me what I mean.” Her eyes glittered, brittle and hard. “You don’t know me. Not anymore.”
He felt her words like a knife in the chest. He had known Shay better than he had known himself. He knew what moved her and what made her smile. He knew it was harder for her to give up candy than it was to dance until her feet bled. He knew she was strong, brave, compassionate, and fearless. He knew she loved him so much, she would never leave him, even if it meant giving up her dreams.
“Shay…” He trailed off, suddenly aware of all the eyes on them, the slight sway of bodies as people leaned in to hear. If he could just get her alone… “Let’s take this somewhere private.” He grasped her hand, intending to lead her away.
“Don’t touch me.” She slapped him, the sound of flesh on flesh echoing through the gym.
“What the hell was that?” He didn’t feel physical pain from her blow—he’d suffered much worse in the ring—but her very public show of anger stung both his pride and his hope that after so many years, he might be forgiven.
She looked back over her shoulder as she walked toward the door. “That’s the ‘fuck off’ I never got to say.” 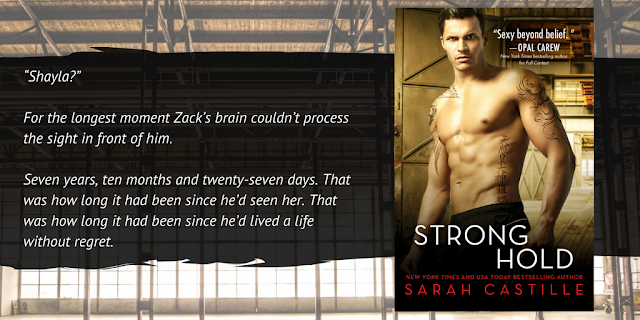