Christina Phillips' ONCE UPON A PLAYER Blog Tour 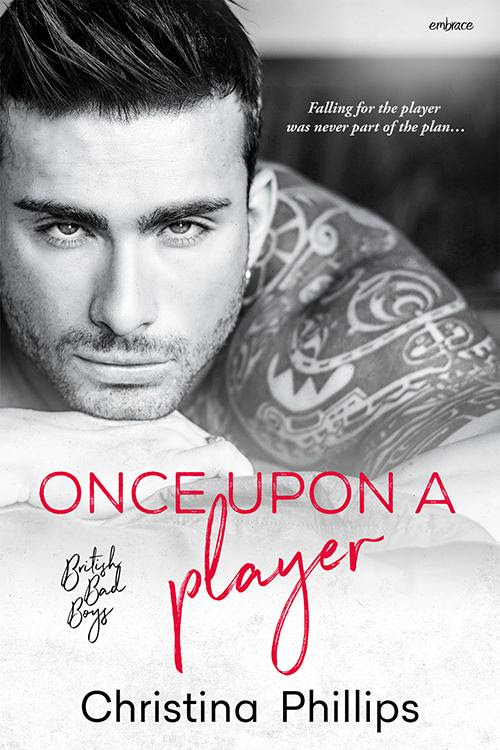 Falling for the player was never part of the plan…

When my mum gets sick, I volunteer to fill in for her and clean some hot jock’s penthouse. I’ve heard all the rumors about him, so the plan is, get in, clean some toilet bowls, and get out. After my last experience with a “sports hero,” I’m done with that sort of guy.

But Lucas Carter is full of surprises. He wants to help me clean and is nothing like the toad the press has made him out to be. Resistance may be futile for some girls, but not me. Then he asks me to help him with the interior design of his new place. I can’t say, no. It’s going to look great on my resume.

Unfortunately, spending time with Lucas is dangerous. He’s so charming and sweet, but I can’t let myself forget––once a player, always a player.


My Review:
Once Upon A Player was a cute read. The story felt realistic and I enjoyed the characters.

Violet was cheated on and dumped in one of the worst ways. A year later she has still sworn off football players despite the attraction to Lucas Carter. Lucas makes it known that he wants her right off that bat and while Violet is hesitant, she begins falling for him.

I enjoyed this story and I liked that it had multiple POV's. I enjoyed how much their families were apart of the story and felt it helped make their characters have more depth.

I didn't like how the whole "easy to talk to" thing when there didn't feel like there was a lot of dialogue, but overall a great story.

Excerpt
On Saturday night, Mac and Will arrive together, ten minutes before some of the lads are due to pick us up in the limo. No surprise that Caleb backed out. He’s as bad as Harry when it comes to socializing.

As soon as they’re through the door, Mac makes a big show of looking around the hall.

No need to ask who she’s talking about. “No. Violet had to work tonight.”

Mac gives Will a sideways smirk, but he doesn’t seem to notice. “Wow. You did invite her, then.”

“Got a problem with that?” I know she doesn’t.

“Hell, no. It’s about time you introduced us to your girlfriends.”

“Where’d you meet her? You’ve never mentioned her name.”

I shoot Will a mocking glance. “I don’t tell you the names of every girl I know.”

“Trust me, I don’t want to know. But you’ve never been out with a girl like Violet before. You didn’t talk football once.”

Mac makes a disgusted sound. “You don’t really talk football with all the girls you go out with, do you?”

“Nice,” Mac says, giving him a filthy look. What’s up with them, anyway? They used to be great mates, but for the last couple of years, it’s like they can’t stand each other. She levels her gaze at me. “I hope you’ve got a better bedroom technique than discussing the never-ending controversy of the offside rule.”

“Will’s a dick. It’s not the football they like, it’s the lifestyle.” At least, that’s been my experience. Except for Violet, and despite what my sister and my big-mouth of a brother might imagine, we’re not even dating.

I phoned her this morning, and we’re doing the picnic in the park on Wednesday, but does that make it a date?

At least it’s turned Wednesday into something I’m looking forward to now, instead of dreading because that’s the day United flies to Hong Kong for the preseason tour.

“Is it serious between you?” Mac says, clearly not satisfied by my explanations.

“I told you last night. We’re just mates.” My phone goes, and it’s a text from Jax telling me they’ve arrived.

“Yes, but you’re mates with Yolanda, and I’ve never seen you ogle her the way you did Violet last night.”

I forget about Jax. “I don’t ogle.” I can’t believe my sister even said that. “I’m not a fucking sleaze.”

“Hit a raw nerve there.” Will grins at Mac, who blinks at him as though she has no idea what he’s talking about.

“You coming, or what?” I march to the front door, not entirely sure why I’m so pissed off with Mac. We’re always joking with each other, but there’s nothing funny if Violet thinks I was ogling her.

As we reach the lift, Will slaps me on the shoulder. “Take no notice of Mac. She’s winding you up. You weren’t ogling Violet last night. You just drooled a bit, that’s all.”

Meet the Author:
Christina Phillips is an ex-pat Brit who now lives in sunny Western Australia with her high school sweetheart and their family. She enjoys writing a contemporary, historical and paranormal romance where the stories sizzle and the heroine brings her hero to his knees.

Christina is addicted to good coffee, expensive chocolate, and bad boy heroes. She is also owned by three gorgeous cats who are convinced the universe revolves around their needs. They are not wrong.