Back to the Start release tour

Morgan Kelley has left Boston and is settling in Philadelphia…to a city that harbors her most painful secrets. Will these secrets destroy Morgan’s new beginning or will coming clean give her the second chance she’s longing to have? Find out in Elle Keating’s BACK TO THE START! 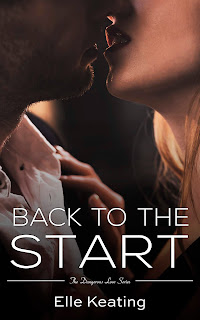 Title: Back to the Start


Synopsis:
Jake McGinnis has the life he has dreamed of since childhood: a professional football career with adoring fans, financial security, and the unwavering support of his family. From the outside looking in, he has everything. But nothing could be further from the truth. Because there isn’t a day that goes by that Jake doesn’t think about his first love... and what his world would look like if she was still by his side. When he hears that she is relocating to start a new job less than a mile from him, the pain of their breakup feels fresher than ever. For eight years, he has wondered why their relationship ended and now she's settling in his city. A city that isn't big enough for the two of them.

For Morgan Kelley, moving to Philadelphia means living closer to her family and practicing veterinary medicine with two of her closest friends. It’s also her chance to start over and move on from her failed marriage. There’s only one con: the close proximity to Jake McGinnis. Once upon a time being near him was all she wanted, but now he is practically a stranger... and it's all her fault. Faced with awful memories and the possibility of bumping into him at her favorite coffee shop, Morgan is haunted by the real reason she once broke both of their hearts. Deep down, she knows she won’t be able to embrace this new chapter of her life without finally telling Jake the whole truth.

But how will he react when she shares her secret? Their love story once felt inevitable, unshakable. Is this where it ends for good, or is it the beginning of a second chance 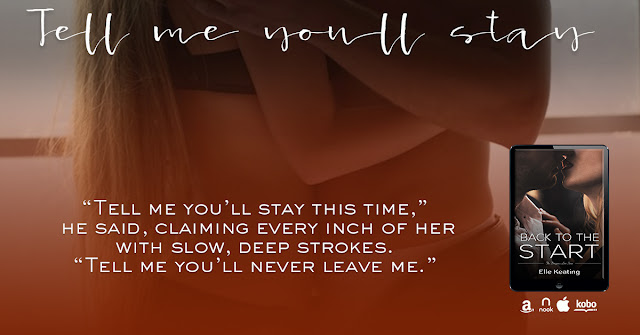 “I’m sorry,” she said. Her eyes didn’t well with tears. Those long-awaited tears just pooled and flowed over.
Jake raked his fingers through his hair and paced the spare bedroom. “Sorry for what, Morgan? What exactly are you sorry about?” he yelled. He walked over and dropped to his knees and sifted through the letters. When he found the one he wanted he stood and stared at her. The pain in his eyes shattered her and she knew what was going to happen next. He ripped open the envelope and withdrew the letter. “Read it,” he demanded, waving it in her face. She wanted to hold her hands over her ears and sing like a four-year-old, anything to take her away. Her hand trembled as she took the letter. “Out loud,” he said through gritted teeth.
Although her vision was blurry and her throat felt like it was closing up, she read the last letter he had written her, dated exactly one year after she had lost the other half of her soul…
Morgan,
I know I have to let you go. Your silence tells me that. My head tells me that. I just wish my heart would follow their lead. Because I don’t want to love you anymore. Or dream about you. Or remember the night I made love to you under the stars. I want to stop thinking about you every fucking second of the day. I want to move on like you have and not feel a goddamn thing. But in order for that to happen, I have to say goodbye. So this will be my last letter and my last attempt. If you love me at all, if there is any part of you that wishes to come back to me, you know where to find me. I love you, Morgan.
Jake
She couldn’t look at him. She didn’t want to imagine how he had felt as he put that pen to paper the day he wrote those words.
“Say something,” he said. She didn’t need to look in his eyes to know that he was crying. She could hear it in his voice, the way his breathing stuttered as he exhaled. 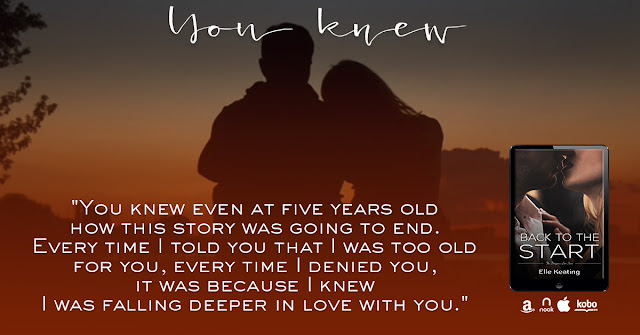 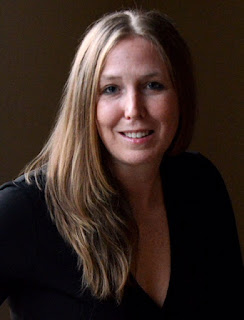 When she isn’t torturing her heroes and heroines (don’t worry, there’s always a happily ever after), Elle is a public school administrator and enjoys spending time with her husband and 3 children in New Jersey.