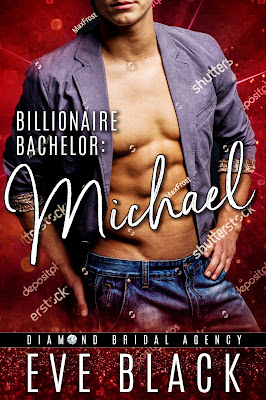 
Born into money, Michael Donovan has never known a moment of need or true want…until his father gives him an ultimatum; marry or lose his company. Tired of the clingy women in the elite social circles, and just plain done with one-night stands, he hires an exclusive bridal agency to find him a wife—any wife, he ain’t picky, as long as she’s willing to live by a hands-off policy.


He’s ready to settle down into a life of domestic boredom…until he meets his new bride.


Tired of living in her famous mother's shadow, Helene Collins is ready to give up on her own happily ever after until she sees an interesting ad. Her mother’s name gets her through the door of the Diamond Bridal Agency, but it is up to her to make sure she doesn’t mess up the chance of a lifetime. Everything starts falling into place…until she meets her husband-to-be. He’s gorgeous, charming, and oh so sexy…so why does he need to marry her? And why does he keep breaking his own rules?


This is a sexy, smart, and fun contemporary romance novella.


Excerpt:
“You!” she blurted.
His striking light blue eyes widened, then narrowed just as quickly. “Me,” he said simply.
“Tell me you’re not the man I’m supposed to marry,” she rasped, her heart pounding erratically. In the coffee shop, he’d been dressed in a lavender suit coat, a cream button down, and black designer jeans. Sexy as hell but just as douchey. Today, he was wearing a thin gray t-shirt, dark blue designer jeans, and a scowl. His blue eyes were a stunning contrast to his ink black hair. He was gorgeous—but he was also an asshole.
He shrugged, emphasizing the breadth of his shoulders. “That depends…are you Helene Collins?” he asked.
Unnerved, she nodded. “That’s me,” she admitted, doing her damnedest to keep her ham and swiss panini in her stomach.
He crossed his muscular arms over his broad chest and stared at her. “Then I am the man you’re supposed to marry.” His gaze skimmed her, taking in her bare feet, her thick hips, her breasts, and finally meeting her gaze again. “Interesting.”
Interesting? What the hell did that mean? She recovered from her shock quickly, her anger mixing with her anxiety to cause an explosion.
"Interesting doesn't begin to cover it," she countered, crossing her own arms over her ample chest, which only made the sweater slip further down her shoulder. If he thought that, because wasn't as pretty as the women he was used to dating, that he could skitter out from their contract, he was in for one hell of a rude awakening. "You signed the contract, I signed the contract, so you're as stuck with me as I am with you. So, suck it up buttercup." Having reached the end of her steam-powered outburst, she finally let the man's expression register in her mind. He was grinning, and by God is was mind-blowingly sexy.
“You’re right. We are stuck,” he drawled, dropping his arms to slide his hands into his pockets. “But I think I need to add a new clause…” 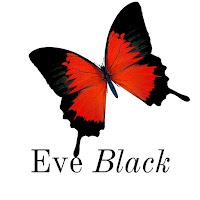 Eve Black is a lover of all things sexy, naughty, dirty, filthy, and chocolate.
She loves to write all the sexy scenes she wishes were in the books she reads. And so she writes sexy books!
When Eve isn't writing, she is reading, and when she isn't reading, she's drinking tea and coloring in her adult coloring books.