Review & Excerpt Tour for PLAYING THE PAUSES by Michelle Hazen 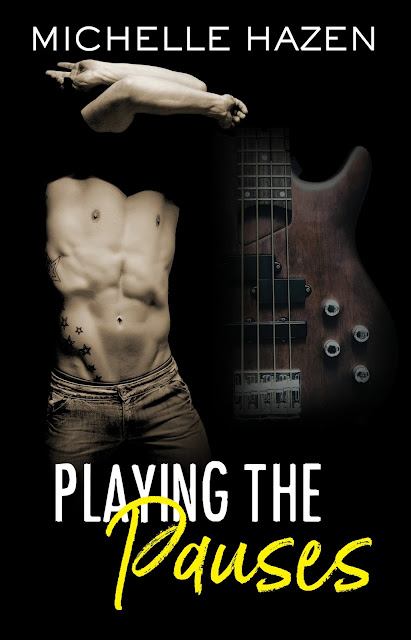 We are excited to celebrate the release of PLAYING THE PAUSES by Michelle Hazen. This is the second installment in her Sex, Love, and Rock & Roll series. Follow the tour for reviews, excerpts, guest posts, plus enter to win a $50 Amazon gift card!
Title:  Playing the Pauses
Author: Michelle Hazen
Release Date: March 5, 2018
Publisher: Self-published
Series: Sex, Love, and Rock & Roll #2
Genres: Contemporary Romance
Page Count: 290


Kate is a globe-trotting tour manager who can’t be tied down.
Danny is a Dominant rock star and tattoo artist who needs her help to explore his true kinks.


Kate just got her big break, running an international tour for a rising band. Her job is everything to her…at least until she meets the band’s enigmatic bass player.


Getting caught in bed with her rock star boss could cost her career, and yet there’s something about Danny’s quiet intensity that she can’t resist. He steals her heart, hard. But the end of the tour is approaching, and their jobs are headed two different directions.


To be together one of them will have to stop touring, but the only thing they crave as much as each other is music. 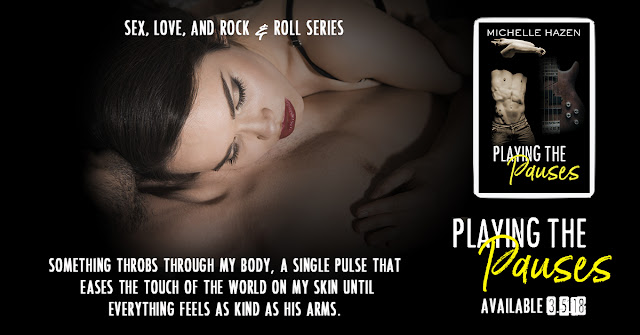 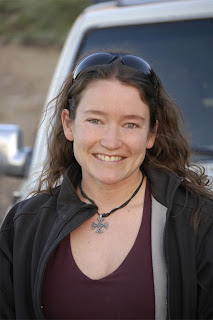 About Michelle Hazen:
Michelle Hazen is a nomad with a writing problem. Years ago, she and her husband ducked out of the 9 to 5 world and moved into their truck. As a result, she wrote most of her books with solar power in odd places, including a bus in Thailand, a golf cart in a sandstorm, and a beach in Honduras. Currently, she’s addicted to The Walking Dead, hiking, and Tillamook cheese.