THE WONDER OF YOU Blog Tour

THE WONDER OF YOU by Harper Kincaid is LIVE! 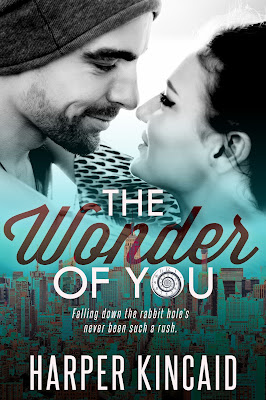 BOOK DESCRIPTION:
What if Alice didn’t fall down the rabbit hole, but instead, traveled through
Lincoln Tunnel into another kind of Wonderland:
New York City.
The best day of twenty-five year old Alice Leighton’s life was the day she got to put her nothing special, lil Southern town in her rear-view mirror. Good-bye to phony ‘bless your hearts’ and ‘I’ll pray for you’ crap, all while talking trash behind her back. She’s New York City’s latest addition and she’s going to work her ass off proving she earned her spot in the country’s top grad program.
Never again will she let some jerk derail her future and break her heart. Oh, and no more players. She’s D.O.N.E with the ‘cool guys’.
Getting caught up in Dare Grangeworth, the art world’s resident bad boy, was not part of her Alice 2.0 plan, even if he is just her type, with his beard, tats sleeves and intense green eyes. When he’s not dodging the press or his cultish fan base, Dare’s making art that makes a statement. Women seem to lose their heads around him – all the more reason why he finds Alice’s candor refreshing. He’s used to women giving in – not giving attitude.
He has to get to know this girl, even if it means allowing himself to be the subject of her research. Before too long, he becomes more than a simple outlier she can explain away. And for him everything starts to feel larger than life and upside down, like a heady rush, all while desperately trying not to lose his heart.
Become lost and found in this re-imagined story of Alice and her cast of characters, in a world where Wonderland meets Sex-and-the-City. 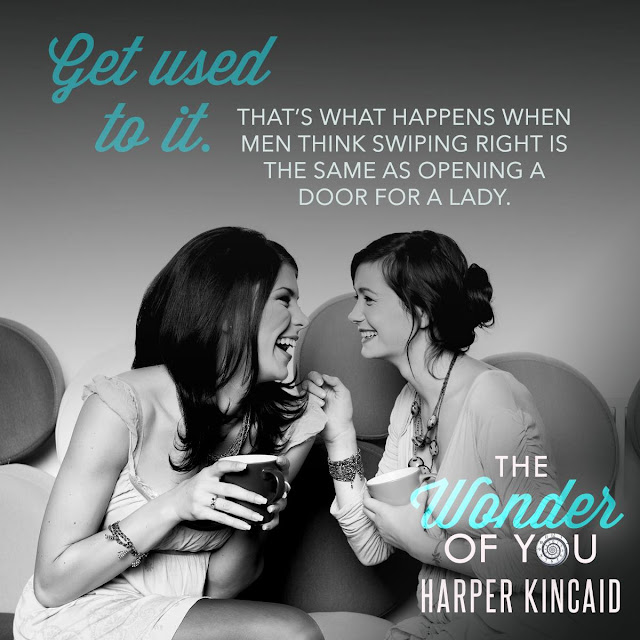 Excerpt from The Wonder of You
by: Harper Kincaid

I stood perusing the expanse of faces and bodies, broad movements and loud sounds, enjoying a room that had always been larger than life for me. That is, until that second when I finally spotted all five feet nothing of her, so small and far away. Even with her curves, she was still a wisp of a woman. And yet, there was something about her, as if she was lit from the inside out.
Without thinking, my feet moved forward. I was caught in her magnetic field, pulled by a force stronger than my natural inclination to stand back and observe.
I was weightless, hovering in the space between before and afters. I did and did not know this woman. I had no clue what was going to happen. All I knew was that instead of being pulled into a black hole, an endless abyss I had known for way too long, I saw a sliver of light in the shape of a bourbon-haired girl with a spine made of steel.
Maybe nothing would come of this feeling. Maybe it had nothing to do with Alice Elizabeth Leighton. I didn’t know and I didn’t care. What I did know was, in seconds lasting as long as seasons, I was just grateful as fuck to feel…well, anything.
Then I remembered. She thought I was an asshole.
She was right, of course, but I wanted in there anyway. 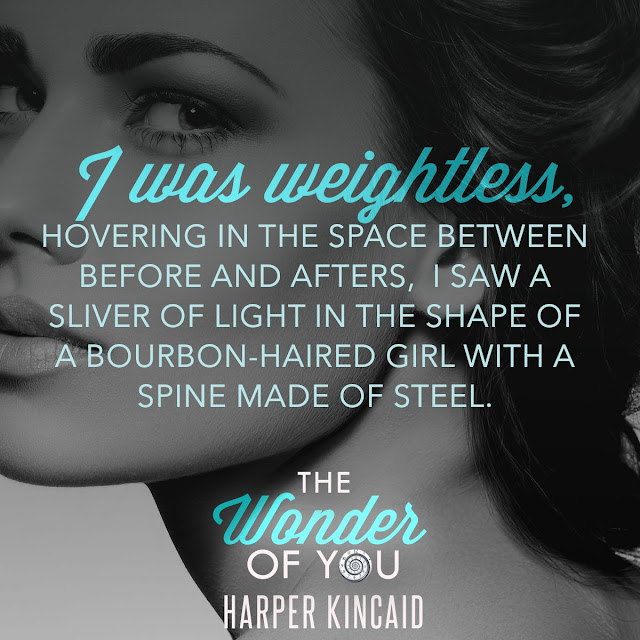 Born in California and raised in South Florida, Harper Kincaid has moved around like a gypsy with a bounty on her head ever since. For years, she was a jill of all trades and a master of none, but is now tickled hot pink to pen stories that break and mend people's hearts for a living. Kincaid believes seduction occurs from the neck up, which is why her characters are smart, sexy, and slightly quirky - and definitely worthy to be your next hard-core book crush.
When not writing, she adores listening to indie, lo-fi, complaint rock played on vinyl,  the theater, well-informed optimism, happy endings (both kinds), and making those close to her laugh 'til they snort. She is a self-admitted change junkie, loving new experiences and places, but has now happily settled in the cutest lil' town, Vienna, Virginia.