Review: Fall with Me by J. Lynn 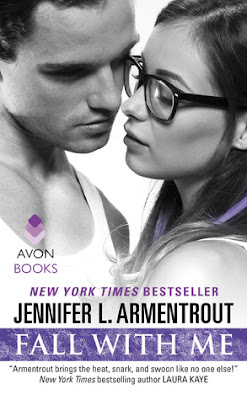 Blurb:
Eleven months ago, bartender and weird-shirt-wearing extraordinaire Roxy and Officer Reece Anders had a one night stand. Well, kind of. She’s been in love with him since she was fifteen, and he wishes that night they shared never happened. She’s sworn him off forever, but the past and future collide, forcing her to rely on the one man who broke her heart not once, but twice.

Her best friend since birth has been in a long-term care facility since he became a victim of a hate crime years ago, and the person who put him in there is out of prison and wanting to make amends with him and Roxy. She’s not sure she has room for forgiveness in her and when she begins to receive frightening messages and is on the receiving end of escalating violence, she thinks she knows who is to blame. The man who already destroyed one life already.

But Reece isn’t convinced. The threats are too personal, and even if Roxy doesn’t believe him, he’s not willing to let anyone hurt her. Including himself. He’s already messed up more than once when it comes to Roxy and he’s not going to let history repeat itself.

Reese's Review:
Fall with Mfourth forth book in the Wait for You series. I was excited to learn that Roxy and Officer Reece were going to get their own story since I seriously wanted to know why they were avoiding each other in the previous novel Stay with Me.

Roxy and Reece throughout this book have constant misunderstandings. The two of them have been through a lot together. They both enjoy arguing and it seems and they’re both super stubborn. After a misunderstanding where Roxy and Reece finally came together things get a bit complicated and they end up not talking for a couple months.

Things get real messed up in Fall with Me as in a serial rapist/murderer messed up. Someone is after Roxy and she starts getting her apartment violated. While Roxy thinks it’s an ex-boyfriend it becomes more and more personal. This aspect of the book definitely leaves you guessing.

I enjoyed this story some but I feel like JLA’s books are becoming more and more repetitive. Despite the whole psycho murdering aspect of this book, there isn’t anything super unique about this story. Her books are beginning to feel less unique and more generic.

Despite all of this the romance was its’ usual nice and steamy stuff. The sexual tension was astounding in this story, more than I expected. The humor in these stories is unbelievable. The heartbreak in these stories is astounding. I enjoyed the story a lot, but I am excited to find out about the rest of the series. 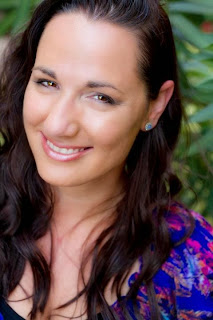 # 1 New York Times and # 1 International Bestselling author Jennifer lives in Charles Town, West Virginia. All the rumors you’ve heard about her state aren’t true. When she’s not hard at work writing. she spends her time reading, watching really bad zombie movies, pretending to write, hanging out with her husband and her Jack Russell Loki. In early 2015, Jennifer was diagnosed with retinitis pigmentosa, a group of rare genetic disorders that involve a breakdown and death of cells in the retina, eventually resulting in loss of vision, among other complications.  Due to this diagnosis, educating people on the varying degrees of blindness has become of passion of hers, right alongside writing, which she plans to do as long as she can.

Her dreams of becoming an author started in algebra class, where she spent most of her time writing short stories….which explains her dismal grades in math. Jennifer writes young adult paranormal, science fiction, fantasy, and contemporary romance. She is published with Tor, HarperCollins Avon and William Morrow, Entangled Teen and Brazen, Disney/Hyperion and Harlequin Teen. Her Wicked Series has been optioned by PassionFlix. Jennifer has won numerous awards, including the 2013 Reviewers Choice Award for Wait for You, the 2015 Editor’s Pick for Fall With Me, and the 2014/2015 Moerser-Jugendbuch- Jury award for Obsidian. Her young adult romantic suspense novel DON’T LOOK BACK was a 2014 nominated Best in Young Adult Fiction by YALSA. Her adult romantic suspense novel TILL DEATH was a Amazon Editor’s Pick and iBook Book of the Month. Her young adult contemporary THE PROBLEM WITH FOREVER is a 2017 RITA Award Winner in Young Adult Fiction. She also writes Adult and New Adult contemporary and paranormal romance under the name J. Lynn. She is published by Entangled Brazen and HarperCollins.

She is the owner of ApollyCon and The Origin Event, the successful annual events that features over hundred bestselling authors in Young Adult, New Adult, and Adult Fiction, panels, parties, and more. She is also the creator and sole financier of the annual Write Your Way To RT Book Convention, a contest that gives aspiring authors a chance to win a fully paid trip to RT Book Reviews.