Warm up the winter nights with this HOT new romance! 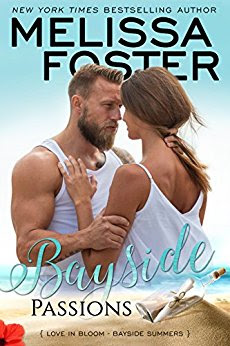 When Emery Andrews’s best friend, Desiree, moves away, falls in love, and opens an inn all in one summer, she feels her absence like a missing limb. Until she visits over the holidays and meets sinfully hot Dean Masters, who’s as easy on the eyes as he is to talk to. After returning home, what starts as a flurry of late-night flirtations quickly turns into a deep connection and unexpected friendship. Now, months later, Desiree offers Emery a job teaching yoga at the inn. Adventurous Emery jumps at the chance and heads for Wellfleet, Massachusetts, to reunite with her BFF and her new close friend, Dean.


After months of sharing their lives, and their secrets, over video chats and phone calls, Dean’s ready to move things to the next level. The fact that Emery seems oblivious to the sparks between them and has recently put her foot down about dating friends just means he’ll have to bide his time.


When Emery finds a naked man in her kitchen the first morning she’s there, Dean doesn’t hesitate to move her into his guest room. Maybe now Emery will see what’s right before her eyes–although that guy she’s got a date with might be a problem.

Excerpt:
The next morning Emery woke with the sun, lying in Violet’s guest bedroom planning the first day of her new life. She couldn’t wait to check out her studios at the inn and at the resort. She planned to hold most of her yoga classes outdoors, but Desiree and Violet had renovated the den as a studio for when it rained. The guys at Bayside Resort had created a wonderful community center last summer, where she could hold classes in bad weather, and they were allowing her to use one of the offices there, too. She was excited to put up some of her decorations and make each of those spaces her own.
She climbed out of bed and stretched, thinking about last night. She’d had so much fun seeing everyone again, and spending time with Desiree. She couldn’t believe she already had a date lined up with…Oh gosh. What was his name? She winced and then remembered it was Dave something or other. They were meeting at the Beachcomber, an oceanside restaurant and bar. Dean had looked annoyed about her date, but he would be happy once he realized she’d heeded the advice he’d given her over the winter. Or rather, the mandate he’d given her when he’d read her the riot act about leaving a bar with some guy she’d just met to go have pizza. Safety 101, Emery! You don’t give up control to a guy you don’t know. You’re in his car. You’re under his control. No more of that shit. Got it?
She smiled to herself with the memory. As if her older brothers hadn’t taught her enough self-defense for her to be able to protect herself if things got out of hand. Sheesh! Though she had to admit, she liked Dean’s protective nature. It was adorable. Especially when he’d sent her a mad-faced selfie afterward.
She scrolled to one of those pictures on her phone. Austin was right; he did look like a Viking. His thick arms were crossed over his massive chest. Tattoos covered his left shoulder, pecs, and biceps. His beard was trimmed into a neat V, making him appear even more serious. His piercing blue eyes stared straight ahead, both intimidating and a turn-on. Heat tiptoed up her chest, and she blew out a breath. Don’t even go there. You suck at relationships.
She wasn’t stupid enough to ruin their friendship or to put her job at risk. Been there, done that.
Thinking about their dance, and the way his big, strong body had moved with the fluidity of a man half his size, she absently rubbed her head where she’d bonked his chin.
I am such a klutz.
She zipped off a text to him, Sorry for the headbutt, added a smiley emoticon, and then typed, You never told me you were secretly a dirty dancer. It wasn’t until after she sent it that she realized it was only six thirty in the morning. He was probably out running with Drake and Rick, like most mornings.
She set her phone on the dresser and padded out to the kitchen to get some ice water with lemon, her go-to morning drink. She opened the fridge and was surprised to find a pitcher of ice water with sliced lemons floating in it. Warmed by the thought that Violet had remembered, she took it as a sign that today was going to be a great day.
As she poured herself a glass of water, Violet’s bedroom door opened and a very tall, very naked man sauntered out. He had a mop of dark hair on his head, a sprinkling on his chest, and holy mother of hotness, he was perfectly manscaped below the waist.
“Mornin’.” His lips curved up in a crooked grin that reminded her of Dermot Mulroney.
“Morning,” she mumbled, trying futilely not to stare at his enormous, dangling cock.
He grabbed a carton of milk from the fridge and set it on the counter as if he did it every morning. For all Emery knew, he did.
“Watering the counter?” he asked.
She followed his gaze to the pitcher she’d forgotten she was holding, and the water spilling all over the counter. “Oh, shit.” She grabbed a dishcloth and scrambled to clean up the mess.
He chuckled, poured himself a glass of milk, and walked casually back into Violet’s bedroom.


If finding the water with lemon had been the sign of a great day, what the hell kind of sign was that?
Don't miss the other Bayside Summers titles 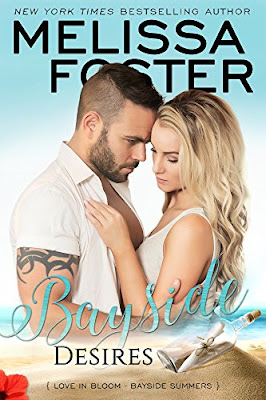 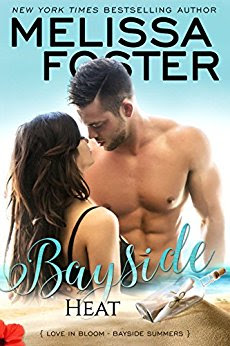