A single father must face his past when the woman who left him alone with his daughter returns to town, sparking a renewed attraction and fears for his daughter’s future. 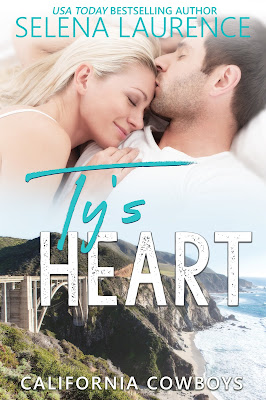 
Blurb: She's come back to steal his heart.


Ty Jenkins is a good man. For five long years he's devoted his life to his young daughter, Katie, giving everything he's got to make sure she won't miss the one thing she can't have--a mother. When that very woman blows back into town, Ty's world is turned upside down. He'd do anything to care for Katie, but caring for her gets complicated when he still has feelings for the woman who abandoned them both.

Jodi Morgan has made a lot of mistakes in her life, and the biggest one of all was giving up her infant daughter the day she was born. But now she's back in Big Sur, California, determined to be there for her girl however she can. What Jodi didn't count on was the way she feels about Katie's father. Between his devotion to Katie and his work-honed body, Ty is one hell of an attractive package.

As two parents begin a journey to do what's best for their child, they rediscover the feelings they once had for one another. Can Ty trust Jodi not to leave again? Has she come to be part of Katie's future? Or will she steal his heart?


Excerpt:
Ty stood and watched her as she gazed out at the ocean beyond the railing of the deck. He remembered the first time he’d laid eyes on her almost six years ago. She’d been standing behind the counter of his aunt’s coffee shop, all that pale blonde hair piled in a mess on top of her head. Her cornflower-blue eyes—eyes he knew as well as his own now—sparkled when she smiled at customers, and he’d felt it immediately. As if a bolt of lightning had struck him, he’d wanted that girl. He’d wanted that sparkle and glow to be for him.

And for a brief time, it was.
But now, as he quietly watched her, none of the sparkle was there anymore. None of the vibrancy that had been so magnetic when they’d known each other earlier. No, Jodi was different. He could see it in the set of her shoulders, the way she held her arms so tight against her body. Then she turned and looked at him, and it was in her eyes. It was breath stealing, the sorrow he saw there, but he steeled himself against it. Closed himself off and let a layer of armor wind around his heart and his body. Because no matter how sad she might be, she was here to upend his life, to try to take the single most important thing he had, and even if it made her sad for the rest of her life, he wasn’t about to give her what she wanted.
Katie wasn’t negotiable.
“You came,” she said, giving him a small smile as she turned more fully, the thin embroidered cotton dress she wore blowing around her thighs in the breeze.
Her hair was still that same shade of platinum it had always been—so rare for an adult to be that blonde naturally, but Jodi looked like the fae out of some Nordic fairy tale, all fair skin, white-blonde hair, and pale blue eyes. She was tall at five ten, he was taller at six two, and she was strong—long legs, wide shoulders, narrow hips—but buxom as well, a Viking warrior princess.
He gave himself a little shake, remembering that if she wasn’t exactly the enemy now, she sure as hell wasn’t his friend.
“Surely you didn’t expect me to find out you were in town and just ignore it?”
Follow the release tour and enter to #win a $25 Amazon Gift Card or one of 5 Copies of Cade’s Loss
Enter at: http://www.rafflecopter.com/rafl/display/b050ef29441/?
a Rafflecopter giveaway 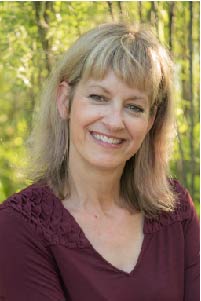 About Selena Laurence:Selena Laurence is an award-winning and USA TODAY bestselling author who loves Putting the Heat in Happily Ever After. Her super sexy stories take place everywhere from rock concerts to family ranches, and her books can be found around the world in four languages, at libraries, bookstores, online, and in audio.
Selena lives in the foothills of the Rocky Mountains where she can often be found at a local coffee shop, hiking the trails, or watching soccer. At home Mr L, her kids, "goldendoodle" and "demoncat" keep her busy trying to corral chaos. A veteran Indie author, Selena also coaches writers through her blog and workshops on turning #Passion2Profession.
If you'd like to get to know her better, join Selena's reader/reviewer group on Facebook: https://www.facebook.com/groups/180909955632263/
Or subscribe to her newsletter and get FREE books: http://www.subscribepage.com/JoinSelena
You can connect with her online at: Website | Facebook | Twitter | Amazon | BookBub | Goodreads
Posted by Reese's Reviews at 12:00 AM