OF FLAME AND FATE

OF FLAME AND FATE by Cecy Robson Review and Excerpt Tour!
It’s time to meet your destiny in OF FLAME AND FATE, the next installment of the Weird Girls Flame series by Cecy Robson. Fans of Ilona Andrews’ Kate Daniels series and the Cassandra Palmer series by Karen Chance, will devour this urban fantasy where the fate of the world lies in the hands of four unique sisters. 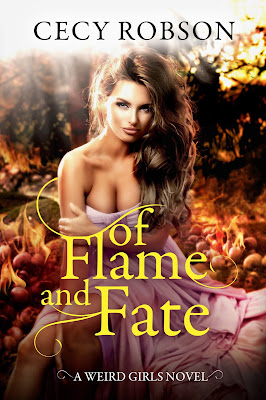 Title:  Of Flame and Fate


Taran Wird, who commands the power to wield fire and lightning, is an oddity in the supernatural world. But neither Taran nor her unique sisters compare to the bizarre entity known as Destiny. And Taran is assigned to protect her.Born of two witches, Destiny is revered among the supernatural elite for her acute ability to predict the future. Her biggest prophecy involves Taran’s sister, Celia, whom Destiny decreed will bear children strong enough to take on the evil that’s rising. Yet Destiny is not alone in her predictions, or individuality.When Johnny Fate, a rock star among humans and a male version of Destiny is discovered, his powers and Destiny’s clash, triggering the start of Destiny’s demise and altering the fate of Celia’s unborn children.Taran, her werewolf lover Gemini, and their allies must determine if it’s Fate who will decide what will become of Celia’s children, or if their lives and the world will perish with Destiny.
Add to Goodreads: http://bit.ly/2y92gex
Buy Now: Amazon | B&N | iBooks | Kobo 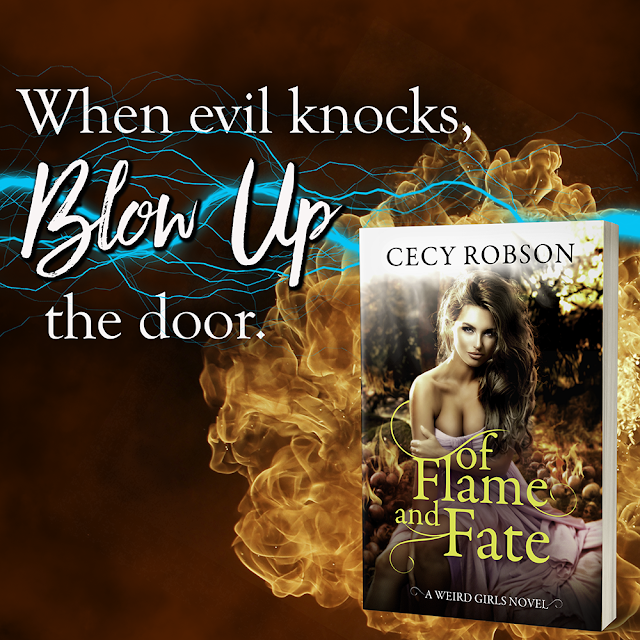 
The doors crash open as a pack of weres in human form stomp in, the exception being an immense, midnight-black wolf with a white left paw who leads them. His lips peel back, exposing a row of pointy fangs as he growls at the vampires surrounding me. But it’s the man storming forward with dark almond eyes and a six-inch dagger in his hand that gives me pause.
“Hi, honey,” I say, giving him a little wave.
Funny thing, he doesn’t wave back. His gaze swoops over my naked body. “Hold her,” he snarls, ramming the knife into my thigh.
Reality shoves aside the shock of having the man I love stab me in the leg. Like a heated blade through butter, he slices through the skin and muscle, creating a diagonal line and spraying blood across the glass shower walls. I expect pain, scorching white-hot pain, and to lose my blood supply in large volumes. But like the creepy crawly beneath my skin, I just feel that wretched pulling and grabbing.
My bleeding trickles to a stop just as Gemini’s hand plunges deep into the incision. The image is so graphic and brutal my stomach lurches. I’m seconds from passing out. The vamps on either side of me are the only thing keeping me vertical. But when my focus latches onto the hilt of the dagger, and I realize it’s a femur—a freaking femur!— my body immediately slumps.
Of course, that’s not the worst part.
The tangle of bodies, limbs, and faces, carved around the hilt twitch, as if seizing, breaking free of what’s holding them to slither. Oh, and it gets better. The mouths open, singing one messed up version of O Fortuna.
“Jesus Christ,” I gasp, my body trembling violently as their slowly amplifying voices echo across the room.
Agnes grips my jaw, yanking my face toward her. “Taran, get it together before you set this whole place on fire.”
I wrench my head free. “Don’t you think I’m trying?!”
I bite back a curse, and a few more, when something scampers toward my right butt cheek.
It doesn’t get far. Gemini thrusts his hand deep, wrenching a large, screeching lump from my leg, exciting the minute faces continuing to sing and slide along the hilt. Their voices crescendo and their bodies writhe with glee. I don’t get a good look at the demon impaled by the dagger, and I don’t want to. I only see enough to realize I was right about the spindly legs and pinchers.
Gemini carries the shrieking demon to the sink, ignoring the way the long cluster of centipede legs kick out and clutch blindly at the air. I wish I could ignore it. But those things you can’t unsee? I’ve seen plenty in my twisted, messed up life and this is one more to add to my list.
Gemini holds out his free hand. Without asking, a vamp drops an opened bottle of vodka into his palm. Gemini pours the vodka over the demon, stunning it and causing the legs to fall open like petals—nasty petals covered with blood, pointy grippy ends, and little bits of me.
With a turn of his wrist, he drops the demon into the sink. It falls with a sick plop.
Agnes’s weight abruptly pulls off me when she stands and hurries to the sink. She flicks a lighter another vamp tosses her and drops it on top of the demon. “Ad infernum,” she tells it, sending it back to hell.
The vamps step away from me as the flames spray up to lick the ceiling. The exception is Edith who remains on her knees, clutching my leg between her breasts and sealing my wound with several fast and enthusiastic strokes of her tongue.
“Get away from her,” Gemini demands. His voice is more beast than human, setting off an orchestra of snarls from the rest of the pack.
Like a very hungry dog with a bone, Edith doesn’t want to let go. Gemini doesn’t give her a choice. From one breath to the next, he rips me from her, wrapping me in a blanket someone hands him and carrying me away. 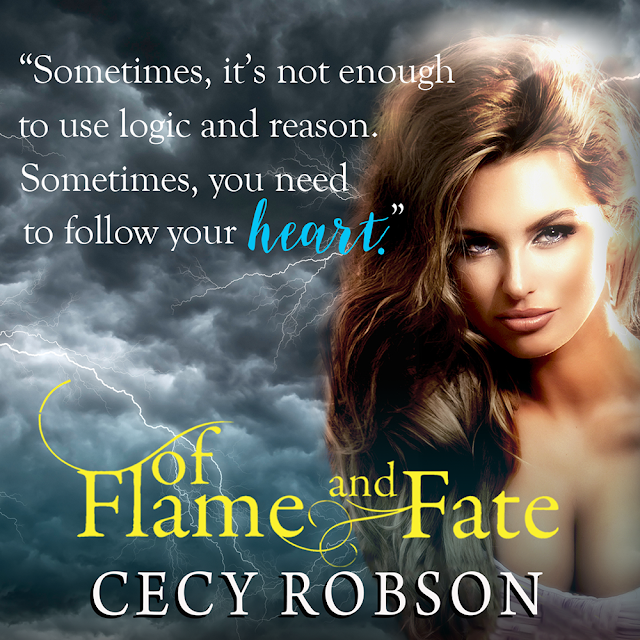 Enter to win a $25 Amazon Gift Card and (3) Digital Copies OF FLAME AND LIGHT from Cecy Robson! 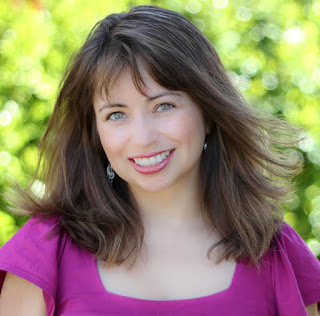