About COLD MALICE
ASAC Steve (Mac) McKenzie is out to prove himself by leading a task force investigating a series of murders in the heart of Washington, DC. His undercover work in an antigovernment compound twenty years earlier is related—as is the sweet, innocent girl he befriended back then. Now that girl is a beautiful woman, and she has something to hide.


Tess Fallon spent a lifetime trying to outrun her family’s brand of bigotry, but someone is threatening her anonymity by using the anniversary of her father’s death to carry out evil crimes and she’s terrified her younger brother is involved. She sets out to find the truth and comes face-to-face with a man she once idolized, a man she thought long dead. As the crimes escalate it becomes obvious the killer has an agenda, and Tess and Mac are running out of time to stop him.


Will the perpetrator use a decades-old dream of revolution to attack the federal government? And will the fact that Tess and Mac have fallen hard for each other give a cold-hearted killer the power to destroy them both?

Reese's Review:
Cold Malice was nothing like I expected. I was at the end of my seat gripping my Kindle wondering who was doing the killings, what was going to happen next and were the characters going to live through the end of the story to have their happy ending.

Cold Malice is a story about Tess Fallon who grew up for ten years in a cult of her families making. The man she was in love with at ten was an undercover cop who faked his death. Now he's on a new case of hate crimes linked to Tess's family and she has become the prime suspect.

I loved this story from start to finish. Tess was an amazing character who didn't take crap from anyone. She worked her butt off to take care and provide for her brother. I hated how she was treated, but it made so much sense. The story felt like it could be happening right now. Amazing writing to say the least.

Mac is the lead investigator in the case and I really enjoyed his character. I felt bad for him at times because all he wanted was to have his dream job, when at the same time he wanted Tess. A constant struggle for him. He was a complete douche canoe at times though and that's so when I wanted to punch him in the nose.

The characters all felt so real and when the author wrote in the bad guys it was so misleading I never knew who it was and it had me guessing until the very end.

Loved this story. Definitely appreciate the early readers copy and will be picking up the rest of this series shortly. 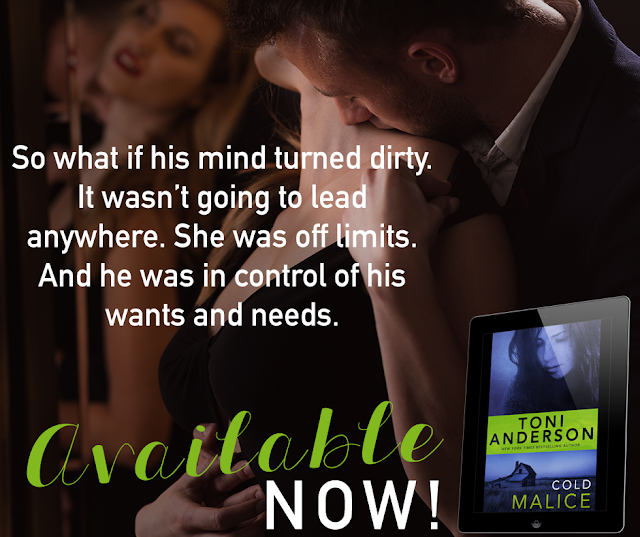 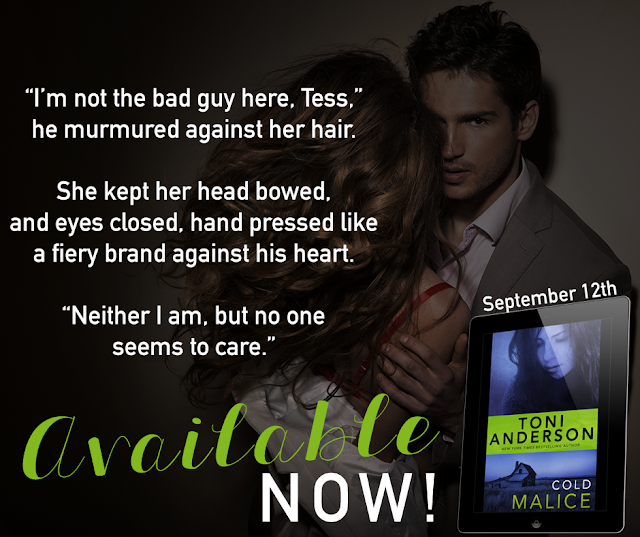 Did you know the first book in the Cold Justice series is available for free? Get your hands on A COLD DARK PLACE!

New York Times and USA Today international bestselling author, Toni Anderson, writes dark, gritty Romantic Suspense novels that have hit #1 in Barnes & Noble's Nook store, the Top 10 in Amazon and Kobo stores, and the Top 50 in iBooks. Her novels have won many awards. A former Marine Biologist from Britain, she inexplicably ended up in the geographical center of North America, about as far from the ocean as it is possible to get. She now lives in the Canadian prairies with her Irish husband and two children and spends most of her time complaining about the weather.

Toni has no explanation for her oft-times dark imagination, and only hopes the romance makes up for it. She's addicted to reading, dogs, tea, and chocolate.

If you want to know when Toni's next book will be out, visit her website (http://www.toniandersonauthor.com) and sign up for her newsletter. If you want to read other fascinating stories about life in a city that, during winter, is sometimes colder than Mars, friend her on Facebook: (https://www.facebook.com/toniannanderson).