The deadliest weapons are the ones we never see. 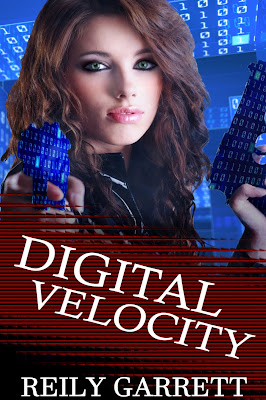 The deadliest weapons are the ones we never see.

Keyboard prodigy, Lexi Donovan has risen from teenage orphan of the streets to complete independence with little help along the way. When a pervert threatens her friend, she sends an anonymous message to police, leading to a firefight that leaves a cop wounded.


Detective Ethan McAllister’s well-ordered life turned upside down the day an obscure text message led to a sexual predator’s identity and arrest. Since then, Callouston PD’s finest can’t trace the elusive hacker. The latest tip leads him to a brutal mutilation and a riddle  indicating the identity of the next murder
victim.

The dark net houses a playground for the morally depleted and criminally insane. When Lexi discovers the killer’s digital betting arena, she finds herself centered in a cyber stalker’s crosshairs, a psychopath bearing equal talent.


Street life strengthened Lexi while toughening her protective shell, but nothing could shield her from the shrewd detective forging a path to her heart.


“Digital Velocity is a fast-paced romantic suspense thriller that sophisticatedly weaves drama, excitement, grit, raw emotions and mystery. Garrett takes her readers on a journey where suspense and romance are taken up several notches as she unfolds and reveals the identity of a murderer that is on the loose. With her vivid prose, Garrett entices readers to see the bond that is brewing between Detective Ethan McAllister and his unlikely informant.” - RTBook Reviews

Excerpt
I move frequently—but gain no distance.
I am warm, moist, and dark but give no comfort.
I can stretch and shrink, giving or taking at will, bringing both pain and pleasure with each.


“If God wanted you to tie the knot, he’d give you a near-death experience to better appreciate life, along with a craving for procreation. Then he’d smother your soul with the essence of venison, squirrel, frog legs, taters, or beer, to attract a likely counterpart from the sticks. No, wait. The latter has already happened, hasn’t it? Sorry.” Ethan narrowly kept his balance on the green-slicked, handmade bricks leading up the two-story, mauve-colored Victorian. If his 210-pound mass ended up sprawled on the steps, no doubt the picture would be splashed all over the precinct by noon with various unsavory captions.
“Maybe you should try it. The stick up your ass has to cause at least minor discomfort.” Larrick’s early-morning snark was a common greeting.
“Hey, I’m a normal guy.” Ethan glared over his shoulder.
Larrick snorted.
“Still wet from our early-morning storm. Watch your step, it’s slippery.” Scanning the myriad amorphous shadows lurking in the wood line, realization struck that he and his partner were sitting ducks if a sniper perched among the loblolly pine and oak trees lining the front and side yards.
Larrick’s reply came in equal measure of soft tones. “Either that or a large flock of birds dropped in recently to help her redecorate. Great detective work.”
“Bird droppings are—”
“Sought after for facials. Especially the Japanese Nightingale shit.” Larrick grinned.
“Only you would know that.” Ethan adjusted his tie, an acknowledgment of the apprehension filling his mind.
“Are we whispering because your paranoid gut can’t assimilate food well enough to distinguish indigestion from an outside threat? This woman lives alone, gonna think we’re a couple of perverts and liable to shoot us.”
“Word has it she’s a pacifist.”
“Fine. You’re one to talk about signs—dragging my ass to a stranger’s house at this ungodly morning hour. I love knocking on a stranger’s door and asking, ‘Lady, are you all right? We’re police detectives who received an anonymous tip that you might have a hangnail. Perhaps we could lend you a pair of nail clippers…’ then ask if she needs the gutters cleaned.” Derision and humor warred for dominance in Larrick’s tone, yet his sharp gaze continually scanned the perimeter in consideration of his partner’s unarticulated hunch. Yin and yang, they fit together, a clean-cut detective and his partner whose hair length had passed regulation specs weeks ago.
“You know this isn’t the first tip we’ve gotten, not to mention the fact that the other leads were solid and led to arrests. And while we’re at it, why don’t you step to the side? Standard police procedure when approaching an unknown situation.” Ethan turned sideways, standing by the door with his hand poised to knock on the solid oak. He hesitated. Moisture coated his palms, a rare occurrence. Scrutinizing the interior through the narrow sidelights yielded nothing more than expected. Elegantly upholstered furniture, gleaming hardwood floors, and delicate bric-a-brac adorning the thick mantle and each side table completed the sophisticated picture. “Don’t see any problem. Maybe she’s fallen and can’t get to a phone.”
“You expected an old lady brandishing her curling iron? As for leads, I get mine from three-dimensional people while you get yours from a bunch of ones and zeroes. Why can’t our IT department trace your anonymous texts further than the loony bin? Though that’s probably appropriate since your secret admirer’s last present consisted of a flower basket bigger than my TV along with fur-lined cuffs. I’ve never laughed so hard I pissed myself. I thought that was hogwash, a myth made up by old ladies.” Larrick leaned over the iron railing to peer through the window. “Can’t see squat, bottom sill’s too high.”
“As my partner, you’re supposed to have my back, not stab me in the back. You didn’t have to broadcast it through the whole department by hanging the cuffs from the sprinkler system with a bunch of roses twined in them. Now my brothers won’t let up, and I’ve been subscribed to every kinky magazine known to the publishing world. You think I should know why some whacko chose me for their personal marionette?” Ethan suppressed a shudder before his partner gained more verbal ammunition. If his suspicions were correct, his informant was in fact a beautiful enigma with waist-length, chestnut hair and an emerald gaze capable of melting steel.
“Maybe because you were the youngest to make detective? Rising star, golden boy, and all that shit.”
“No. Probably afraid your redneck ways would rub off on them, or maybe because I’m the biggest sap.” Ethan’s gut rumbled, more of a warning sign from a well-heeled intuition than hunger. “Larrick, this doesn’t feel right.” Behind him, the slide of metal on leather let him know his partner just palmed his Glock. Three years of working together circumvented the formality of dissecting gut reactions.
A creak of leather sole betrayed Larrick’s backtracking to scrutinize the surroundings. “Side windows are lower. I’ll take a look.”
“Hood of her BMW is cold. Didn’t go anywhere recently.” Larrick’s harsh whisper halted a nearby squirrel scampering up a tree, its head cocked to one side while studying the strange human interlopers.
Sunshine warmed the first spring buds on the low shrubbery bordering the walkway to complete the idyllic setting. Nothing but peace and serenity, yet Ethan’s heart hammered against his ribcage like an aggressive punk drummer. With his partner disappearing around the corner, he again scanned the perimeter while the morning’s corrupted equanimity formed a sour wad in his chest. A lazy March breeze combed its cool fingers through his short hair while the deep foreboding received with the initial text message blossomed into multiple horrific scenarios, leaving one of them a corpse, their life’s essence forming macabre shapes on gleaming hardwood floors. 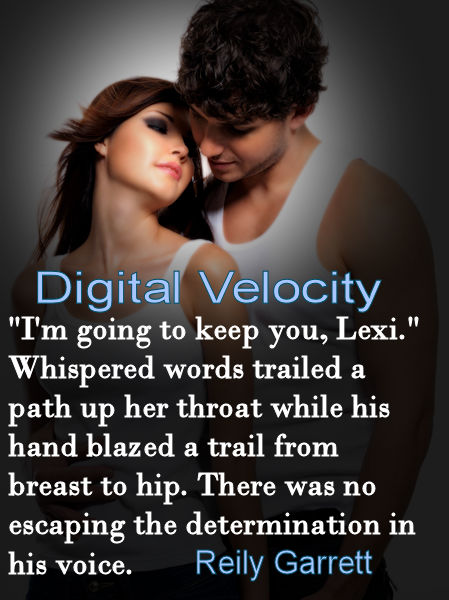 Reily is a West Coast girl transplanted to the opposite shore. When she’s not working with her dogs, you can find her curled up with a book or writing her next story. Past employment as an ICU nurse, private investigator, and work in the military police has given her countless experiences in a host of different environments to add a real world feel to her fiction. 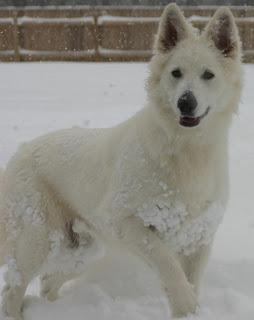 Over time, and several careers, many incidents have flavored the plots of her stories. Man’s cruelty and ingenuity for torment and torture is boundless, not contained by an infinite imagination. Witnessing the after-effects of a teenager mugged at knifepoint for a pair of tennis shoes, or an elderly woman stabbed repeatedly with a screwdriver for no apparent reason, left an indelible impression that will forever haunt her subconscious. In counterpoint, she has observed a woman stop her vehicle in severe, snowy weather to offer her own winter coat to a stranger, a teenager wearing a threadbare hoodie. Life’s diversities are endless.


Though her kids are her life, writing is Reily’s life after. The one enjoyed after the kids are in bed or after they’re in school and the house is quiet. This is the time she kicks back with laptop and lapdog to give her imagination free rein.

In reading, take pleasure in a mental pause as you root for your favorite hero/heroine and bask in their accomplishments, then share your opinions of them over a coffee with your best friend (even if he’s four-legged). Life is short. Cherish your time.

a Rafflecopter giveaway
Posted by Reese's Reviews at 9:26 PM