Movie to Book Review: The Maze Runner by James Dashner 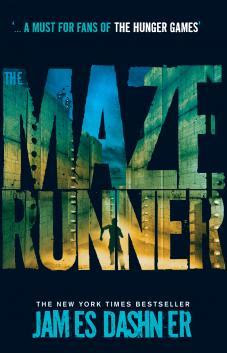 Blurb:
When the doors of the lift crank open, the only thing Thomas remembers is his first name. But he's not alone. He's surrounded by boys who welcome him to the Glade - a walled encampment at the centre of a bizarre and terrible stone maze. Like Thomas, the Gladers don't know why or how they came to be there - or what's happened to the world outside.

Reese's Review:
I read the Maze Runner after watching the movie. I know, I’m terrible. Honestly though, if I hadn’t of watched it first I probably never would have read it.

The movie and the book have a lot in common, but of course, as to be expected there were some differences. Thankfully the story wasn’t a ‘I Am Legend’ where they kept the name of the main character and nothing else.

The book is seriously amazing. It’s grabbing and enjoyable and had me holding my breath wanting to know what would happen next through every page. This is even after I’d seen the movie multiple times at this point. I honestly hadn’t expected to enjoy this book so much since dystopian novels stopped being my thing early on. I’ve read a few here and there and only liked one or two. The Maze Runner world is terrifying and secretive and had me clutching the pages needing and wanting to know who and what was going on. The whole story is done beautiful from page one to the end.

The main character is Thomas who is really an amazing character. He comes to the Glade and is met with a less than friendly welcome by everyone but one kid named Chuck. Despite his treatment, Thomas HAS to know everything about everything and everyone. The secondary characters in the Glade have been in the Glade a long time and have kind of accepted everything as the status quo. Thomas is not like that at all. He’s a natural born leader, he takes risks to save himself and the members of the Glade even though it’s beyond dangerous. I loved reading about the Glade through his eyes and learning about the Glade as he did.

The secondary characters were just as interesting and crucial to the story as Thomas. There’s Newt, Teresa, Chuck, Minho, and Alby. I loved all the characters. I felt like the author did a great job of making them all individualistic and have different roles. Newt and Minho know a lot about the Glade and help Thomas learn the ropes. Chuck was cute and I loved him even though sometimes I could see how some of the characters could find him annoying. I was reservations about Teresa, but she seems like she’s going to end up being a badass so I’m excited to see how that plays out. Alby’s character really threw me for a loop. Like I said I saw him in the movie first and the portrayal and his storyline are so completely different. I understand why they most likely changed his character since he wasn’t all that likeable in the book and having his complex storyline added in with the other storyline was probably too much for a movie (eye roll). 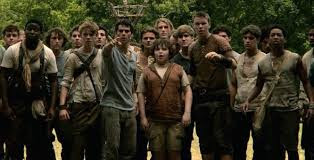 I’m very excited to read the next book, hopefully before I watch the movie but we shall see. I have a soft spot for Dylan O’Brian so I may end up caving. I loved the book and can’t sing enough praise for it. 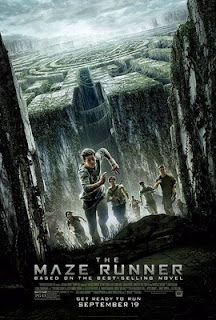 Blurb:
The Maze Runner is a 2009 young adult post-apocalyptic dystopian science fiction novel written by American author James Dashner and the first book released in The Maze Runner series, although it is the third chronologically.

Reese's Review:
Now onto the Maze Runner movie, I loved the movie. First off I totally have a mini (not mini) crush on Dylan O’Brian. I love his Stiles on Teen Wolf and so I was excited to see him in an actual movie. Not going to lie he was probably the only reason I decided to check this movie or book out.

The movie is a lot like the book but condensed. I think a big problem people have with movies is that sometimes there are too many plotlines to follow and so they end up cutting them down. Now I don’t have a problem with those kinds of movies since I read books. Anyway, the movie cuts down on a couple of the story lines that the book had. Also, the age of the characters’ change.

Thomas in the books was said to be about 12 years old with the other boys being a range of older and younger. In the movie however it seemed like all the characters were in their late teens with Chuck being the only young character. This isn’t a huge difference but still a difference.

Another difference was in the book Thomas knew his name right away where in the movie he didn’t. The movie has a little bit of a production where Thomas figures out his name. I think it makes for a more dramatic entrance to be left with literally no memories, not even your name, so again this aspect of the movie didn’t change much about the overall story.

I really enjoyed the movie and loved how when I went to go back into the book I was like “oh that’s different” or “oh that’s how that looked” during different times. I liked the book and the movie separately and I really enjoyed watching the amazing acting on screen. I’m not a super fan of dystopian novels so I was a tad skeptical since after watching Divergent and the last two Hunger Games movies I was convinced that they couldn’t make decent book to movie adaptations anyway. How happily wrong I was! All the actors and actresses did an amazing job bring this book to life and I couldn’t have been happier with the final product. 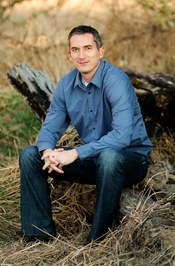 The passion of my fans is evident and strong, and I feel it every day. I also think to myself, every day, how eternally grateful I am for you. Thank you for reading my books, enjoying my books (hopefully!), and sharing your enthusiasm so . . . enthusiastically (yes, I’m a writer) on social media.

And we’ve had some fun, haven’t we? Although I always dreamed big, I don’t think even my wildest dreams could have predicted the success of the Maze Runner and Mortality Doctrine series. It has been so much fun to share those, book by book, with all of you, watching your predictions and your excitement and your lamentations. Quite often I get tweets or messages that say, in the same two or three sentences, that you both hate me and love me. I think that’s “job well done” for an author, don’t you?


And the movies. I mean, what do I even say about the movies? The experience of it all has been indescribably exciting. I’ll always cherish the many memories that I associate with those films (and more to come!) and what they’ve brought to this fandom. Thank you for throwing so much support their way.

But, really, the fun has only just begun. I have a brain bursting with ideas, and many of them won’t rest until I let them out of the cage and into your hands. Thank you again for sticking with me. We are the Dashner Army, and we are strong. I’m glad we’re on this journey together, and I look forward to every step.