A suspenseful and sizzling story of a young woman who escapes a terrifying past… into a more uncertain future. 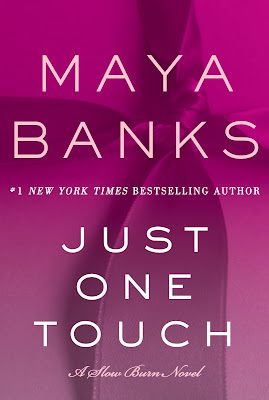 Multiple #1 New York Times bestselling author Maya Banks continues her Slow Burn series with a suspenseful and sizzling story of a young woman who escapes a terrifying past… into a more uncertain future.


Raised in a strict religious cult since she was a young girl, Jenna has no connection to the outside world beyond vague flashes of memory that seem to be from another life. Memories she clings to when the cult leaders discover her extraordinary ability to heal-and punish her. Years held captive and forced to do the cult's bidding have turned Jenna into a meek, timid woman…or so they think. In truth, she is merely biding her time, waiting for the perfect moment to escape.

When a terrified young woman tries to steal the SUV of Devereaux Security's toughest recruit, Isaac's anger quickly turns into a strange sort of protectiveness for the beautiful, bruised stranger. But when they are caught in a firestorm of bullets and Isaac is hit, he's sure the end is near, until Jenna touches him and closes his wounds. As he tries to bring Jenna to safety, she refuses to tell him what danger haunts her or how she healed him, but Isaac vows to do whatever it takes to gain her trust…and her heart. Because with just one touch, Isaac knows he wants Jenna to be his--forever.

Excerpt:
Isaac lay quietly in the dark, staring up at the ceiling, his thoughts consumed by the blue-eyed angel in the next room.
Would she be able to sleep? And if she was, did nightmares plague her dreams?
What was it about her that called to a part of his heart and soul that had never been breached before? He could come up with plenty of reasonable explanations, like the fact that she’d saved his life. Or that he’d made it his life’s work to protect the innocent. Or the fact that she was lost in a world of which she had little understanding or knowledge. Or the fact that she needed him.
But the simple truth was that he needed her every bit as much as she needed him, and he couldn’t come up with a reason that made any sense to him.
He’d come across plenty of victimized women who’d desperately needed help, his protection, DSS’s protection, but never had he been even remotely possessive of them. He’d done his job, and it never failed to enrage him and rile his protective instincts.
It was who and what he was; he’d never be a man to stand idly by while a woman was in danger or being abused.
But his angel wasn’t just any victim. She wasn’t just any woman in trouble and in need of protecting. And he had no idea what to do with that realization. He couldn’t even call it a realization, as if he’d just been struck by an epiphany as he lay there with no hope of sleeping. He’d known it from the moment she’d touched him, laid her hands on him, and he’d felt her in the very depths of his soul.
It wasn’t sexual—wholly—because he’d be a damn liar if he didn’t want her with every breath in his body. It was spiritual, and he felt like some hokey fool mooning over things like destiny and fate, but how could he call it anything else when from the moment she’d touched him he’d felt a connection that transcended any physical want or need?
And he was consumed with guilt for having sexual thoughts, lustful, needful thoughts, about a woman child whom he didn’t even know whether she was of an age for him to be having such thoughts about her. She had the innocence of a girl with the body of a desirable woman. Hell, it was obvious that no matter how many years she’d lived in this world, she’d spent the majority of them sheltered, sequestered from the real world. She was either enraptured with or terrified of things that he and others took for granted.
She’d been conditioned.
He frowned. It appeared that at a very early age she’d been indoctrinated. Brainwashed. Taught an alternate reality that was twisted to fit the agenda of the people who’d kept her under lock and key, and they’d proven they would go to extreme measures to retrieve her. She was a valuable asset to them. Irreplaceable.
He wondered when her powers had manifested themselves and as he pondered that question, he wondered if it was what had saved her from a far worse fate. Even the dumbest fucks would realize the enormity of what they possessed in Jenna.
He rolled over to retrieve his cell and punched in Eliza’s number, knowing it was late and that Sterling likely wouldn’t be pleased, but Eliza of all people would understand his suspicions. He needed to bounce some ideas off her.
“This better be damn good,” Eliza growled into the phone. “Because I was about to be the recipient of the mother of all orgasms, and Wade is just pissed enough to throw my phone in the pool and withhold sex for a week.”
Isaac burst out laughing when he heard Sterling in the background. “Jesus fuck, woman, can we keep our sex life and your goddamn job separate?”

Tasty Q&A with Maya Banks
Describe yourself in five words or less.
Unorganized, melt-down prone, laid back, despise drama & conflict!
If you had a theme song, what would it be?
My Give A Damn is Broken
Name one thing you won’t leave home without. 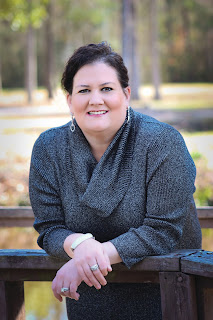 A cup of crushed ice
What do you like to do when you aren't writing?
I’m a complete homebody & enjoy hanging out at home with my family every chance I get. It’s rare for me to leave my house!
What types of scenes are your most favorite to write?
I love revealing information about various characters personalities and the closeness between them through dialogue. I also always  look forward to writing the dark moment as I love me some angst!
What are your favorite types of stories to read?
I love stories that don’t feature a couple who spend the entire book apart or that focus on internal conflict. I much prefer to see the hero and heroine together on the page and to see them working together to overcome external conflict.
Are there certain characters you would like to go back to, or is there a theme or idea you’d love to work with?
I absolutely love following up with characters from a previous story whether it’s including them as secondary characters in a newer book or writing a short novella that revisits them so readers can see them after the HEA
Is there anything that you would like to say to your readers and fans?


I absolutely credit my readers with my success and my career. They, not me, are why I’ve been able to write close to 80 stories in the 11 years I’ve been writing

Despite my love of Maya Banks’ books, Just One Touch did not do it for me at all. I hated Isaac a whole lot pretty much from start to finish. I enjoyed Jenna and felt bad for her and the life she fell into. I felt like after all that control in her life she deserved happiness. Instead she got Isaac who was the world’s most dickish lead man yet. He was controlling, he yelled at Jenna a lot, he got upset and just raged most of the time, and he didn’t believe in the company he worked for after he found Jenna. This whole story sucked for me because Isaac sucked.

Jenna escaped her cult compound after she was about to be sold off to a crazy man who wanted to use Jenna’s gift to keep him alive forever. Now Jenna’s on the run and she runs into Isaac while trying to steal his car. Isaac gets shot and is going to die when Jenna saves him. Suddenly BAM he’s in love and he doesn’t care about anyone or anything. I just hated it. There was no build up, no trust building. It was all “You saved my life and now you’re mine and too bad so sad if you want to leave because I can’t let you go,” and the his “friends” he basically told them he doesn’t trust them. I hated it hated it hated it. Isaac was a great big douche bag of douchedom.

If you couldn’t tell this story was a disappointment of the highest order which is saddening because I generally love Maya Banks’ work. The story was good, but the one character just ruined that for me. Also another negative note for me was how the story just dragged with the same dialogue and inner monologuing.