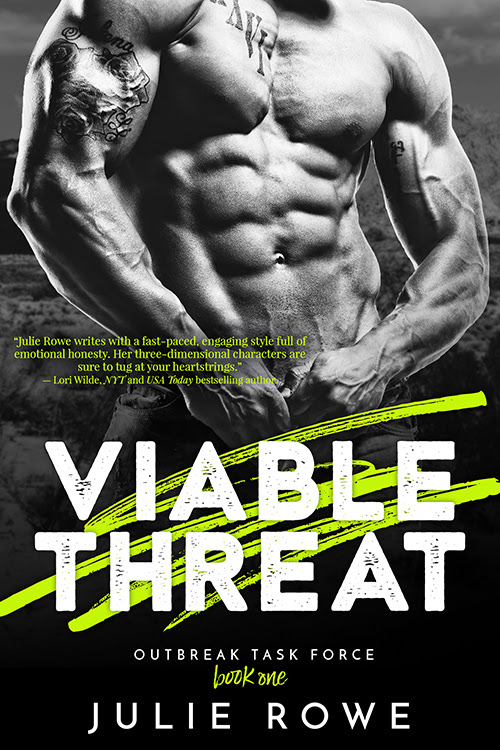 About the Book:
Special Forces soldier and medic Walter River would give anything to snatch more than a few seconds of down time to see if he can rattle the no-nonsense and incredibly hot Dr. Lloyd he's protecting, but dodging explosions, snipers, and student radicals who've unleashed a lethal bio-engineered microorganism have made that almost impossible. Maybe he'll get a chance—if he can figure out how to keep them both alive.

CDC microbiologist Ava Lloyd races to find a cure for a bio-terrorism organism sweeping El Paso. The few stolen moments with her very hunky bodyguard River have been explosive, but no matter how alluring he is, she can't afford to get distracted. The clock is ticking, people are dying by the hundreds, and once this crisis is solved, they'll both be off on their next assignment, thousands of miles apart.


Reese's Reviews:
Oh my gosh I loved this book. I honestly know I am going to read this book a least two more times before the book is over this year. Start to finish amazingness.

Walter River is in the Special Forces when he gets called to deal with a bio engineered terrorist attack. His job is to protect Ava Lloyd a microbiologist who works with the CDC. I am going to try an explain some of the aspects that happened with this story without spoilers. So, River and Ava go throughout El Paso trying to find the people who are bombing and releasing a specially bio-engineered microorganism that is killing countless people. Along the way, River and Ava develop a relationship that’s super close and trusting, and they get blown up a whole bunch.

Ava and River are so cute. I loved their back and forth and how they went back and forth on the situation. The story didn’t revolve around their sexual tension and there was an actual story. I love romance stories that have an actual story. River has a mega crush on Ava pretty much right off the bat. He’s in to sexy smart women with a sense of humor. Ava likes River right away and while she struggles to trust him due to past hurts she never lets that get in the way of work.

Viable Threats has so many amazing different aspects. There’s a lot of action but not too much. I followed what was going on fairly easily, but was constantly surprised as well. There was nothing predictable about the story which was amazing. I am not often surprised by a story, but I was super surprised often while reading. I read this one straight through and loved it. This could not have been a better story.

She rested her head against the back of the seat and gave him a strange sort of sad smile. “You know what I’d like to do right now?”

He grunted and wagged his index finger. “That is a trick question.”

She waved him closer, and he leaned toward her. She did it again, then put a hand on his shoulder and pulled herself up so she could whisper in his ear, “I’d like to take that respirator off you and kiss you, silly.”

She let go of him and resumed her previous position on the seat. He sat perfectly still. It took just about everything in him to not rip the mask off and grant her wish.

“I’m sorry,” she said, with as close to soundless as a voice could get. “I didn’t mean to make you feel uncomfortable.”

He looked at her and realized she thought he was embarrassed or some shit like that.

“I’m uncomfortable,” he murmured. “Because I’ve had a damned hard-on since I bandaged you up.” Her pupils widened, and her mouth dropped open. “When this is over, you can kiss any part of me you want for as long as you like, just as long as I can return the favor.”

“Oh,” she breathed out. When her tongue licked over her lips, he had to chain his hands to his sides to keep from grabbing her.

Though a blush heated her cheeks, tears filled her eyes until they spilled over and tracked down her face. “Chances are, that’s just a dream.”

It just about killed him to see her so sad. “Hey.” He couldn’t keep the growl out of his voice. “No Negative Nancys allowed on this trip.”

“I’ve got a headache, River. A fever can’t be far behind.”

“That happy bastard Henry is going to come up with some kind of magic potion that will kick this bug’s ass.”

“If that were possible, we’d know.”

“We’ve been so busy blowing shit up, we might not have been told.”

She slanted a disbelieving glance at him. “You just spoke with our boss. I think she would have mentioned any magic potions, if they’d been available.”

He ran his hands through his hair. “Could you work with me, Mouse? We’ve got a mass murderer to catch, and I need you ready and able to help reel in the son-of-a-bitch.”

“Jesus fuck, woman, you think I’d tell you how much I want you just to put you in a good mood?” He leaned down, grabbing the top of the seat on either side of her head. “Do I look like a motivational speaker?”

She studied him, her gaze flicking across his face and uniform. Covered in dirt, debris, and blood, he looked like a walking nightmare. “You look like a soldier on a mission.”

“That’s true, but not all of it.” He whispered, “I’ve got another mission. A personal one. You.” 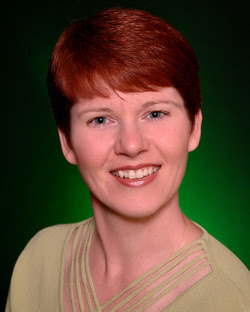 Full-time author, freelance writer and workshop facilitator, Julie Rowe’s debut novel, Icebound, was released by Carina Press on Nov 14, 2011. Ten novels and eight anthologies have followed. Her most recent titles are the MEN OF ACTION boxed set and VIRAL JUSTICE book #3 of the Biological Response Team series. Julie’s articles and short stories have appeared in numerous magazines, such as Romantic Times Magazine, Today's Parent magazine and Canadian Living. Julie facilitates business writing and communication workshops at Keyano College in her home city, and has presented writing workshops at conferences in the United States and Canada. She’s also a strong supporter of life long learning and moderates a free announcement loop for the promotion of online classes, workshops and webinars