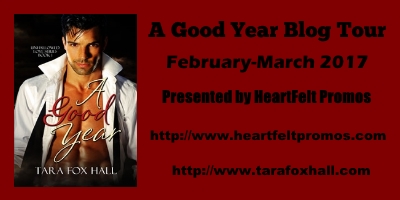 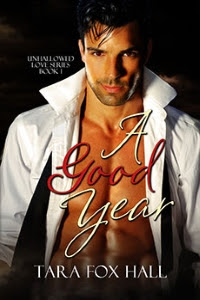 Blurb:
There's no Heaven . like Hell.
Faced with losing Pandora Productions as well as her best friend Rebecca to the smarmy Paul, savvy film executive Debbie makes a pact with the demon Shaker, agreeing to bind herself to him as his human master in return for killing Paul and securing Pandora’s future. Yet even as Pandora gains accolades and renown, Debbie’s strong resolve begins to crumble under the weight of her actions. And the pleasure she finds in Shaker’s arms is becoming more than sex.
Is Debbie doomed to lose her heart as well as her soul to a demon who has only been waiting for the chance to claim both?

Shaker gave her a dour look. “Which means I don’t like Hell. I don’t like being there when I could be here in a Jacuzzi with someone like you, Mistress. I’m happy to smooth over the nasty bits of our arrangement to make it as pleasant as possible for you.”
“Essentially, you just justified keeping me in the dark,” Debbie accused, moving to get out.
Shaker grabbed hold of her, his taloned hands keeping her from leaving. “If you hadn’t taken my offer, you’d be dead by Rebecca’s curse, and Paul would have arranged a quick demise for her and be enjoying hookers in the Caribbean. Without you at the helm, Pandora would have gone down in flames. Even if by some miracle you had lived, you’d have lost your job and be working now as a lackey at some two-bit film company, still living in your crappy apartment—if you could even afford it! So stop with the second-guessing! You would not have acted differently back then knowing what you know now.”
He was right, damn him. “What else are you not telling me?” Debbie said in a small voice.
Shaker caressed her cheek, then kissed her. “You have more than enough on your plate, Debbie. Don’t ask for more right now.” He kissed her again. “We are partners in this, after a fashion. Trust me that I’ll make you aware of anything that affects our partnership and you in any way.”
“The favor you need affects me,” Debbie retorted, pushing him away. “No more games. What do you need me to do?”
“Pick someone. It can be anyone; I’ll tell you if they aren’t suitable. Ideally, you’d choose someone that already has some black mark on their soul from doing evil.”
“Like being bound to a demon?” Debbie said sarcastically.
“No,” Shaker said seriously. “Believe me, you do not want to send any demon to Hell purposefully by killing their human counterpart. As soon as they get out again—and they always do—the first order of business after they bind with a new human is to seek out the person who sent them to Hell last time. They’ll come back again and again until they’ve killed their enemy.” He kissed her. “But you don’t have to worry about that. I’ll check out that aspect on any people you choose to make sure they aren’t bound.”
Shaker was logical, she had to give him that. And more than a passing strategist. “Are all demons so reasonable?” Debbie teased.
“The old ones like me are,” Shaker rumbled lustily, moving Debbie so she sat astride him. “Who wants to be always looking over their shoulder? There are much more pleasurable things to do.” He let out a groan as their lips touched, then Shaker forcefully deepened the kiss.
Debbie’s desire was rising again, but she pushed it down, moving back from Shaker. “So I can choose anyone? Even a random stranger?”
Shaker nodded. “But try to choose someone who won’t be missed. Someone with a huge family is not a good idea. Think loners, homeless people, criminals, orphans, or kids with parents who don’t care. They are all good prospects.” He kissed her again. “A degree of distance is also a good idea, at least for the majority. If everyone you know begins to go missing, officials such as police tend to take an interest, as a rule.”
How could he be so cold about it? “What if I gave you the choice?” Debbie said, pushing him away again. “So long as it was no one I knew?”
“That is allowed,” Shaker said thoughtfully. “But I’d advise you to think twice, Mistress. It’s a small world sometimes. People’s lives are often more interrelated than you suspect.”
Debbie wasn’t sure what he meant, but she didn’t care. The lust that had been building in her wasn’t going to be denied. “Sit on the edge of the tub,” she commanded. “I want you.”
Shaker obeyed, his rumble of pleasure loud as Debbie straddled him and began moving.


Tara is also doing a giveaway 5 paperback copies (US Only) and 5 e-book copies of A Good Year, her new release.
a Rafflecopter giveaway 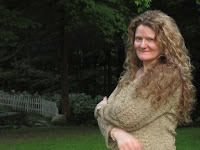 Author Bio:
Tara Fox Hall's writing credits include nonfiction, erotica, horror, suspense, action-adventure, children's stories, and contemporary and historical paranormal romance. She is the author of the paranormal fantasy Lash series and the paranormal romantic drama Promise Me series. Tara divides her free time unequally between writing novels and short stories, chainsawing firewood, caring for stray animals, sewing cat and dog beds for donation to animal shelters, and target practice. All of her published children's stories to date are free reads on www.childrens-stories.net.