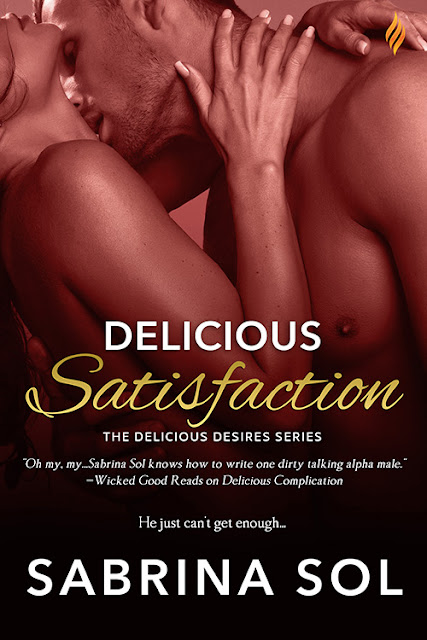 As LA’s hottest up-and-coming chef, Alexa Montoya is known for her ruby red lipstick, award-winning arroz con pollo and a penchant for falling for the wrong kind of men. And when a confrontation with a loser ex-boyfriend lands her in some legal trouble, she’s forced to call her long-time friend, Dante Perez, to bail her out. Only this time, Dante seems different, somehow. More gorgeous, more sexy, more…mouthwateringly irresistible. Suddenly she’s tempted to give the lawyer much more than a simple thank you…
Dante is tired of seeing Alexa with guys who only know how to steal her money and break her heart. He’s watched--and waited for--her long enough. Helping with her legal situation will finally give him a chance to win her over for good. His plan? He’ll seduce her into finally believing that there’s something deliciously right between them…

Despite their chemistry, Alexa can’t trust that Dante won’t leave. But Dante knows how to win a case. And he’ll do whatever it takes to convince Alexa that she’ll always leave him hungry for more…

Excerpt
“It’s just a massage, Alexa,” he said with a smirk. “Or do you not think you can handle it? I know I can.”
A challenge had been issued—triggering the reaction to prove him wrong. He knew her so well.
“I can totally handle it,” she said as she scooted her ass to the edge of the couch and turned around.
He sighed. “That’s not going to work. Stop being silly and let me do this right.” His hands gripped her arms, and he pulled her closer to him as he sank back into the corner of the couch and positioned her between his legs. “There. That’s better.”
It was better. It was also dangerous.
Her heart raced when his fingers rested on the tops of her shoulders. Gently, he began to squeeze and knead the taut muscles and nerves. His touch burned through the thin fabric of her T-shirt, and she swallowed her breath.
“You are tight,” he murmured as he spread his fingers up and down her arms and then back up to her shoulders.
It felt good. No, better than good. So much better than good.
“Mmm,” she mumbled.
“Just relax. Let all the tension melt away.”
She closed her eyes and leaned farther back until she was totally resting against his broad chest. With one deep breath, she inhaled his scent: woodsy, clean, manly. Her skin heated up a million degrees in response.
He deepened the pressure, and she melted even more.
“Oh, yes,” she moaned at the mix of pleasure and pain. His expert fingers worked the tightness steadily, and it began to dissolve into desire. It had been so long since he’d touched her like this. God, it felt amazing.
“Just like that,” she said on a sigh. “Please. Don’t stop.”
She felt him move behind her until his breath was hot against her ear. “Jesus Christ, Alexa,” he rasped.
A hardness poked against her hip, and she realized she wasn’t the only one on fire. Her hands moved from her own lap to his thighs, and she dug into the fabric of his pants. His breathing became more ragged, and she knew this was no longer just a massage.
He slid his fingers down her arms again, but this time they brushed the sides of her breasts. Her own breath hitched, and her nipples pebbled in response.
That was it. She was gone. 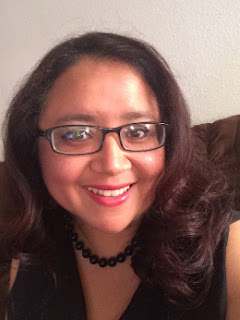 Sabrina Sol is the chica who loves love. She writes steamy romance stories featuring smart and sexy Latinas in search of their Happily Ever Afters. She lives in Southern California with her husband, three kids, two Beagles and one Bulldog, and is part of a larger, extended Mexican family whose members are NOT the source of inspiration for her characters. Or so she tells them.