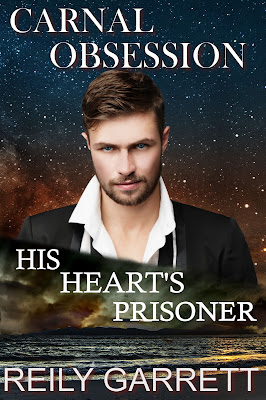 Life on the street molds emotional athletes.
Three years ago, her brother’s death marked the beginning of Kendra’s new life, an existence with no home, no family, and no friends. Time in the underground byways toughened her emotional shell with the loose association of like-minded street rats where survival meant compromise and constant vigilance.

Before he died, Billy had sent her a package in care of his teammate, Conner. For Kendra, re-entrance into polite society comes with a deadly price, as betrayal comes from both sides of the grave.

The past will always haunt us. Each must earn forgiveness and trust as passion, guilt, deception, and betrayal, interweave a destiny formed long ago. A romantic suspense with a twist.

Excerpt
“You? You own this animated horror show? Conner, what happened to you?” A decade ago, he and Billy had filled her head with fantasies only an innocent could dream, back when sex in a t-shirt carried the easy grace of a natural predator and filled her delusions of eternal love. Time had lent fuel to her imagination. Like a boiler that continued to build up too much pressure, her thoughts skated along the razor’s edge of a volcano. The age-old longing persisted despite current reality’s intervention and the memory of how Conner had led Billy into the military, to his death.


“Hello, Kendra. I’m glad you and your band could make it tonight. I look forward to hearing you sing again.” That sweltry intonation could curl an iron bar, yet there dwelt a deep sadness, as if memories pulled him down a road too often traveled.


An audible gulp. Her mouth opened and closed several times without issuing a sound.
She couldn’t look at him, not when her face flamed with the memories of first infatuation. The disappointment invading her mind now stung the back of her eyelids. “When did you turn into a pervert?” It was too much to bear. She needed the quiet and peaceful white noise of the street, wind chimes on someone’s front porch, a car backfiring, a breeze sifting through the trees and blowing the road’s detritus in small dust devils.


“Yeah, all it needs is some spider architecture, pointed hats, and magic wands. Oh, and I think you’re missing a vat of boiling oil.” Mumbled words lost the bite of her intent.


“Can’t say spiders do much for me, but we do have plenty of oil and violet wands. Most women think of them as magic.” Conner’s husky laugh scorched the knot in her throat like melted sand, changing its consistency until acid threatened to spew forth.


After a moment, Conner’s words sank in. No!


It seemed bystanders thought her a comedian or imbecile, their laughter creating more blazing heat to encompass her face.


Marc, brother of her current tormentor, took pity as he stepped forward. “Hi, Mackendra. It’s been a long time.” Sympathy radiated from him in waves to envelop her in a maelstrom of cloying, sickly sweet flashbacks she couldn’t handle. Of the four brothers, he’d been the nice one.


“Hi, Marc. Let me guess, you’re also part of this zoo?” Regardless of his intended sincerity, she couldn’t rest her gaze on either man. “This den of perverts?”


“You got it, hon. You ready to work? I’ve missed hearing your zany and spirited songs.” Marc stepped forward to offer a hug yet stopped short of contact.


No! She couldn’t abide the company of men whose lives had been twisted by pain and despair, the last men to see her brother alive. Conner’s presence ushered Billy’s last words to fill her mind before he ditched her for another military stint, his final tour. “You’re being selfish, mongrel. I need to do this, protect my brothers. You’ll be safe here, yet they won’t be unless I go back. When I return, we’ll start a new chapter in life, together.”


Well that sure as hell happened. Just not the way I’d planned.

The physical ache in her heart wasn’t relieved with the pressure of fist against chest. She turned and ran, just as she always did when the agony of memories washed over her. She would never again allow anyone to witness her suffering.

Reily Garrett is a West Coast girl transplanted to the East Coast. Past employments as an ICU nurse, private investigator, and military police officer has given her a host of different environments to add a real world feel to her writing. 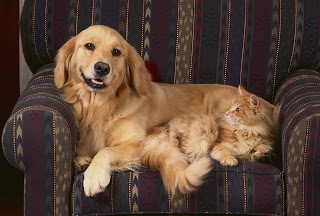 Though her kids are her life, writing is her life after. The one enjoyed…after the kids are in bed or after they’re in school and the house is quiet. This is the time she kicks back with laptop, surrounded by her shepherds, to give her
imagination free rein.

In life, hobbies can come and go according to our physical abilities, but you can always enjoy a good book. Life isn’t perfect, but your imagination can be. Relax, whether it’s in front of a fire or in your own personal dungeon. Take
pleasure in a mental pause as you root for your favorite hero/heroine and bask in their accomplishments, then share your opinions over a coffee with your best friend (even if he’s four legged). Life is short. Cherish your time.

a Rafflecopter giveaway
Posted by Reese's Reviews at 7:16 PM