The God of Wine is lookin’ for love.  And he has absolutely no clue what he’s doing. 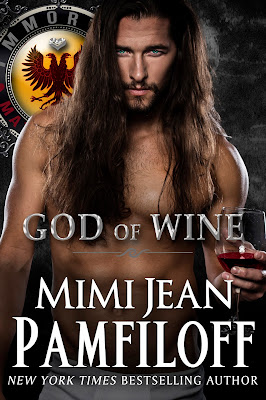 
CAN ROCK-HARD ABS SAVE THE WORLD? HE SURE THINKS SO

Acan, the God ofWine and Intoxication, has been partying for over ten thousand years. And New
Year’s Eve, when humans around the world succumb to his naturally occurring spike in powers, is his big night. Only this year, things are bit different.

A plague is sweeping the immortal community, and he’s turning downright evil. All those New Year’s bashes will turn into bloodbaths if he doesn’t stop it. Sadly, the only known cure is finding a mate, and he is a giant, rude, beer-bellied mess. Definitely not husband material.

But can a little gym-time and help from the pros at Immortal Matchmakers, Inc. turn him into a divine sex-machine? Absolutely!


So watch out, ladies! The God of Wine is lookin’ for love. And he has absolutely no clue what he’s doing. 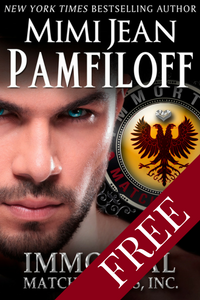 MIMI JEAN PAMFILOFF is a USA Today and New York Times bestselling romance author. Although she obtained her MBA andworked for more than fifteen years in the corporate world, she believes that it’s never too late to come out of the romance closet and follow your dream. Mimi lives with her Latin Lover hubby, two pirates-in-training (their boys), and the rat terrier duo, Snowflake and Mini Me, in Arizona. She hopes to make you laugh when you need it most and continues to pray daily that leather pants will make a big comeback for men.