Review for Feral by Anne Berkeley 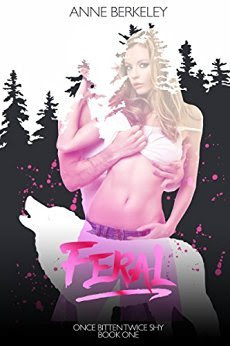 Blurb:
Thaleia Llorente isn’t afraid of the dark, and doesn't believe in the supernatural, but when an incident during a party on Halloween night sends her fleeing into the woods in search of seclusion, she’ll come face to face with one of the creatures she had thought lived only in myths and legends.

Bitten, she’ll need the protection and the help of Icarus Quirinus, her newfound and loathed alpha, to guide her through her transformation and descent into the dangerous world of lycan. Despite his constant need to dominate her, she feels an irresistible and undeniable attraction to him, but can they look past their differences, or will the secrets he holds and her refusal to cede, drive them further apart?


Reese's Review:
Thaleia Llorente had the perfect life until one Halloween party ended all of that. Finding out she was mauled by a werewolf in the woods and then being turned into a werewolf was nowhere on Thaleia’s bucket list. Now she has to move to a new school and away from her home into the pack house to keep herself and her family safe. Needless to say her life isn’t going the way she wanted. On top of all that she now has to deal with the pack alpha Icarus who pushes her buttons like no one else ever has.

Feral was a good book. Thaleia was a really kick butt character and I enjoyed reading about her character from the get go. She’s sassy and doesn’t back down from a fight. I like that she didn’t allow Icarus or any of the characters in this story to beat her. She just kept moving right along trying to do everything she could for the people she cared about.

This is a very intensive story. There are a lot of components that went into this story and so I won’t go in to a lot of detail, but I will say Feral is very intense. Thaleia goes through a lot of changes, and there are lots of discussions on how much werewolves eat and hunting and sexy times. It’s an interesting take on werewolves and I am definitely excited to see where the series goes. 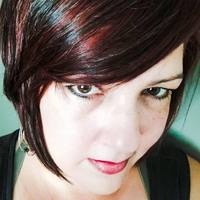 Hi! My name is Anne Berkeley. I'm a full time cubicle dweller, wife and mother of two beautiful children. I do all things creative. Photoshop, photography, scrapbooking, decorating, barbering, and I would like to think...writing.

I dream up most of my material during my seventy-five minute commute to work and home again. Some of it comes to fruition and other times it's edited out again. But I hope that what made the cut is worthy of note.

I write paranormal romance novels for adults. No not erotica. Though there are some steamy scenes. I'm working on several novels at the present. Yes, more than one. I jump back and forth as my mood dictates. It's the way I work best. Tempestuous, my first novel, released in 2012, Torrid in 2013 and Feral, the first of a new series in 2013. I'm working to complete Turbulent (Third and final novel for the Tempestuous series), a second novel for the Feral series, and two standalone novels. And yes, I work full time too, so please have patience, my plate is full.

In short, that's me. You can follow me on Facebook, Twitter and Goodreads. The links are below. And if you enjoyed my book, it would be appreciated immensely if you would consider leaving a review, or better yet, tell your friends and family.