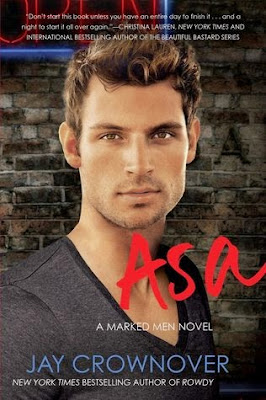 Starting over in Denver with a whole new circle of friends and family, Asa Cross struggles with being the man he knows everyone wants him to be and the man he knows he really is. A leopard doesn’t it change its spots and Asa has always been a predator. He doesn’t want to hurt those who love and rely on him, especially one luscious arresting cop who suddenly seems to be interested in him for far more than his penchant for breaking the law. But letting go of old habits is hard, and it’s easy to hit bottom when it’s the place you know best.

Royal Hastings is quickly learning what the bottom looks like after a tragic situation at work threatens not only her career but her partner’s life. As a woman who has only ever had a few real friends she’s trying to muddle through her confusion and devastation all alone. Except she can’t stop thinking about the sexy southern bartender she locked up. Crushing on Asa is the last thing she needs but his allure is too strong to resist. His long criminal record can only hurt her already shaky career and chasing after a guy who has no respect for the law or himself can only end in heartbreak.

A longtime criminal and a cop together just seems so wrong . . . but for Asa and Royal, being wrong together is the only right choice to make.

Reese's Review:
This amazing series have finally come to a close. I have to say this series gave me one of the most amazing rides of my life and I enjoyed reading about how all the characters grew throughout the series. Asa definitely had the most growing to do since we met him in Jet. After learning about Asa’s shady past from Ayden’s point of view I was interested to see how Asa’s story would progress with Royal.

Asa has been trying to turn his life around ever since his bad “accident” that landed him in the hospital. Now he’s working with Rome at a bar and is trying to stay on the good side of the tracks. However, Asa doesn’t truly believe he’s a good guy even though he’s changed and everyone keeps telling him he’s a good guy. When Royal, a cop comes around being the most beautiful woman he’s ever seen showing interest in him, he doesn’t want to taint her with his dark past. He tries to stay away but in the end they start dating. Asa definitely has a lot of emotional stuff he goes through in this story with trying to be and see himself as a better man and not doing things to jeopardize their relationship-which he does, often.

Royal has been through the emotional ringer. She was chasing a criminal with her partner when her partner was shot and injured, possibly ruining his career on the force. Now she just wants something or rather, someone to help take away that pain, and she has her eyes set on Asa. I like that Royal could see through everything that Asa did and said that was BS to push her away. Royal is a super strong character and I really enjoyed reading about her as she grew into an even more kick-butt character.

Despite my love for stories of growth and Jay Crownover’s writing, I didn’t LOVE Asa’s story as much as I enjoyed the other books in this series. Sadly the last book in the series wasn’t my favorite but that’s okay. I did like how the characters grew and the book was a nice quick read like the others, but it just wasn’t my favorite. Maybe because I didn’t really dig Asa that much but oh well, the book was still good just not my favorite.

Jay Crownover is an amazing writer, I seriously love her books and I can’t wait to read more. All of her characters are super interesting and feel so real it’s like you know them. I seriously would LOVE to meet these characters because they all seem so awesome.

If you like Jay’s other works or like romance novels or bad boy stories or stories with character growth, you’ll want to read Asa and the Marked Men series in general. 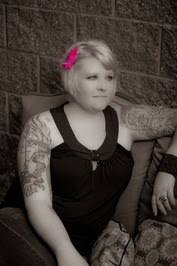 Thanks for taking the time to check my stuff out....