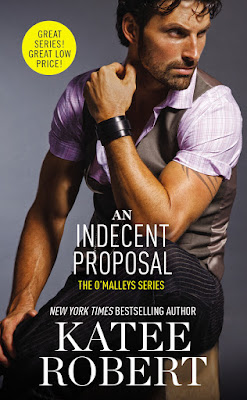 Greed. Ambition. Violence. Those are the "values" Olivia Rashidi learned from her Russian mob family-and the values she must leave behind for the sake of her daughter. When she meets Cillian O'Malley, she recognizes the red flag of his family name…yet she still can't stop herself from seeing the smoldering, tortured man. To save her family, Olivia sets out to discover Cillian's own secrets, but the real revelation is how fast—and how hard—she's falling for him.


Plagued by a violent past, Cillian is more vulnerable than anyone realizes. Anyone except Olivia, whose beauty, compassion, and pride have him at "hello," even if she's more inclined to say good-bye to an O'Malley. While his proposal of sex with no strings seems simple, what he feels for her isn't, especially after he learns that she belongs to a rival crime family. Cillian knows that there is no escape from the life, but Olivia may be worth trying—and dying—for. 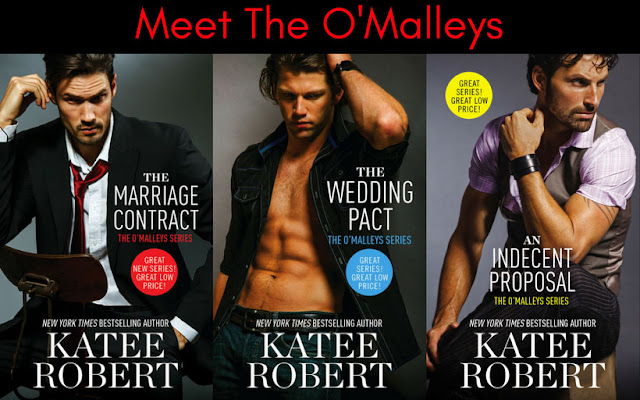 The Wedding Pact, #1
The Marriage Contract, #2
An Indecent Proposal, #3

Need another drink?” The words were clear despite the general ruckus of the bar, the voice like whiskey on the rocks. If Cillian O’Malley put a little imagination into it, he could almost taste her tone. It was the closest he’d come to having an actual drink in ten months.
Olivia.
He looked up, straight into night-dark eyes that made him think reckless thoughts about leaning across this bar and kissing the hell out of this woman. It was something the old Cillian would have done, and if the look on her face was any indication, he would have gotten the shit kicked out of him for the effort. He smiled despite the dark mood that had brought him wandering into Jameson’s to begin with. “Hey, gorgeous.”
The guarded look on her face was the same as the first time they’d met, like she expected him to whip out a gun and start shooting or threaten her or some shit like that.  Since he knew for a fact he’d ever so much as raised his voice at her in the two times they’d interacted previously, it stung a little that that was her knee-jerk reaction to him.
And it made him want to show her how wrong she was.
“You know, I’d pay good money to know what I did to piss you off so much.”
Olivia’s expression iced over in a way that would send a smarter man running. It just made Cillian more intrigued.  He’d been caught up in his family’s dramas for so long, it was refreshing to having an unconnected interaction—even if it was with someone who hated him. Hell, it was almost better this way.
It just added to the tangled mess inside him caused by sitting in this bar. Jameson’s and he had a complicated history that he’d never be able to escape. It was the last place his family had felt whole. He’d been here with his brothers, Aiden and Teague and Devlin, on the final night when they’d been celebrating Teague’s impending marriage. Devlin had been shot in a drive-by on the way home, and the O’Malley family had lost the closest thing to an innocent they could call their own. Cillian hated this place as much as he loved it, but it was here his feet brought him when he wandered.
Olivia crossed her arms over her chest, which only served to accent the way her breasts pressed against her shredded T-shirt. It wasn’t ripped enough to be truly indecent, but he could see several slices of her dusky skin beneath the black fabric, and it was distracting as hell. She cleared her throat, but he still gave her body a slow look, taking in her spiked combat boots, tiny skirt, coming back to that shirt, and then settling on her face. She was beautiful in the way good models were—a little too sharp for strictly traditional good looks, but all the more striking because of it. The mass of dark hair and the anger in near-black eyes took her over the edge into devastating.
She looked like the kind of mistake he would have jumped at a year ago. He had  jumped at her six months ago when they’d first met, and it had gone in the same direction their current interaction was headed. She’d taken an instant dislike to him, and nothing he could say seemed to convince her that he wasn’t this monster she seemed to label him as.
So much had happened between then and now, so much that weighed him down and threatened to drag him under for good. He hadn’t even been out by himself since he was shot—the same night he’d last seen Olivia. He rubbed his shoulder, half-sure he could feel the scar beneath the fabric of his shirt.


What would it be like to be that carefree and crazy version of himself, just for one more night? 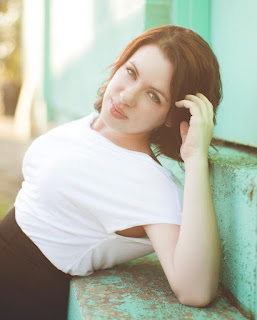 Katee Robert learned to tell stories at her grandpa's knee. Her favorites then were the rather epic adventures of The Three Bears, but at age twelve she discovered romance novels and never looked back.

Though she dabbled in writing, life got in the way-as it often does-and she spent a few years traveling, living in both Philadelphia and Germany. In between traveling and raising her two wee ones, she had the crazy idea that she'd like to write a book and try to get published.

Her first novel was an epic fantasy that, God willing, will never see the light of day. From there, she dabbled in YA and horror, before finally finding romance. Because, really, who wouldn't want to write entire books about the smoking-hot relationships between two people?

She now spends her time-when not lost in Far Reach worlds-playing imaginary games with her wee ones, writing, ogling men, and planning for the inevitable zombie apocalypse.