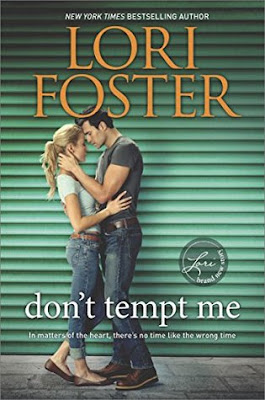 Blurb:
Love comes along when it's least wanted

Jason Guthrie has no time for entanglements—between helping out his widowed brother and teenage nephew and getting his hometown back on its feet, his days are spoken for. But his nights are another story… And when his lovely new neighbor, Honor Brown, reluctantly accepts his help in remodeling her house, Jason finds himself wishing his handyman skills could knock down the defenses she keeps building around herself.

Martial arts teacher Sullivan Dean knows real danger when he sees it—even when it takes the form of the gorgeous blonde helping her friend move in across the street. After putting his wayward past behind him to focus on teaching control to troubled kids, Sullivan has learned to avoid party girls like Lexie Perkins. But Sullivan can't seem to keep his hands off the real woman behind that flirty charm—or keep his heart from landing at her feet…


Reese's Review:
Don’t Tempt Me is such a completely adorable story.

Honor Brown has had a harsh life. Her parents left her and now her grandfather is on a downward spiral. After she buys her own house next to Jason Guthrie with his brother and nephew she knows she’s in trouble. While she tries to do all the restorations for her old house herself Jason wants to do nothing but help. This causes a whole slew of issues between the two of them since Honor doesn’t want to seem weak and Jason is beginning to care more and more for Honor.

Lexie is Honor’s best friend and when she was helping Honor one day at her new home she meets Sullivan. While Sullivan thinks Lexie is just a party girl who doesn’t take anything seriously when Sullivan has to take everything seriously.

Both of these stories and all four of these characters were well incorporated. I didn’t feel overwhelmed with all the characters since their stories and points of view blended well. They all made sense within the story.

Honor is such a cute character. She’s very hard working but lacks a lot of self-esteem and self-worth due to past pains. She really grows into a strong independent woman that we get hints of throughout the story. She has an instant attraction to Jason and vice versa. However, she has a lot of issues that she constantly pushes him away. Honor has a deep rooted need to be and feel strong and not be seen as weak so when Jason hints that she can’t do certain things on her house she takes it as a challenge.

Lexie is very different from her best friend Honor. She’s outspoken and vulgar and goes after what she wants. She’s a very great friend to Honor and does everything she can to get Honor and Jason together. She’s a great character. She liked Sullivan so she pursues him. She doesn’t take his brush offs and she works hard to make Sullivan see past his initial thoughts of her.

Don’t Tempt Me is a super cute story. I definitely recommend this story. Lori Foster is definitely on my authors to look out for list. 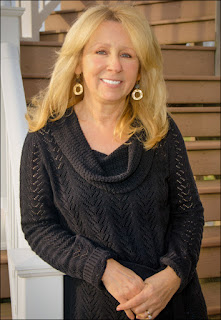 Since first publishing in January 1996, Lori Foster has become a USA Today, Publisher’s Weekly and New York Times bestselling author. Lori has published through a variety of houses, including Kensington, St. Martin’s, Harlequin, Silhouette, Samhain, and Berkley/Jove. She is currently published with HQN.

Lori hosts a very special annual “Reader & Author” event in West Chester, Ohio. Proceeds from the event have benefited many worthy causes, including the Hamilton County YWCA Battered Women’s Shelter, the Animal Adoption Foundation, The Conductive Learning Center for children with spina bifida and cerebral palsy, and The One Way Farm, Children’s Home.