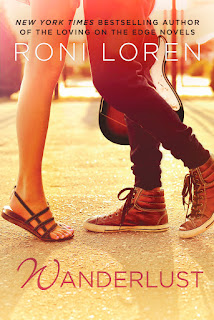 From the New York Times bestselling author of the Loving on the Edge series and Off the Clock, a story of sex, love, rock & roll, and a reporter who’s about to learn a new meaning for staying on top of her assignment...

Restaurant critic Aubrey Bordelon is never at a loss for words to describe her meals in the fancy restaurants of New Orleans. But after her magazine’s high-profile music reporter falls ill, she finds herself out of her element and in a sea of screaming fans awaiting Wanderlust’s lead singer, Lex Logan. The sound of his voice gives her goosebumps, and the stage presence of the hard-bodied rock star takes her breath away. So when he pulls her onstage for a sexy stunt, she knows she’s in real trouble.

Lex doesn’t want to pretend that the sparks on stage between him and Aubrey never happened, but it certainly makes the fact that she’s writing a story on his band all the more dangerous. The last thing he needs is some nosy reporter revealing their problems to the world. But the sexy Southern belle doesn’t give up easily, and soon, he’s wondering if the best way to chase her off the story is to coax her into his bed… 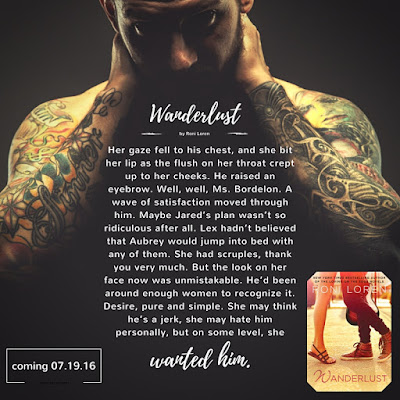 Reese's Reviews:
When I saw another Roni Loren book was coming out I was super excited. Roni Loren’s books have a special place in my heart. I have all the books and I love them fiercely. When I get in a reading rut I constantly go to her books. Wanderlust did not disappoint, it’s sexy, beautiful and full of the feels.

Aubrey has been a restaurant critic since she got out of college. When her coworker is ill and is supposed to interview Wanderlust the new upcoming band Aubrey gets the job. Some things become more complex when she ends up at their concert getting a body shot and then having to do an interview with the sexy lead singer Lex Logan. Lex doesn’t want Aubrey anywhere near his band. Things haven’t been going well for the band since there have been no songs being written or produced and lots of inner band tension. The last thing he wants is a reporter spilling all their secrets. Except the more time they spend together the more they begin to feel for each other.

I really enjoyed Wanderlust. I read it in one sitting. It’s a cute and sexy quick read. The characters are relatable and the story is compelling. This is a very great book to read, especially because it’s from Roni Loren and her writing is fabulous.

Aubrey’s life is perfect or seemingly perfect. Everything she does she is planned and to others seemingly boring. After a fatal mistake from her past she’s decided that the old Aubrey wasn’t someone she could be. I seriously loved Aubrey’s character. She grows so much from a cute and scared character to someone who will do anything to stand up for herself and live by her own means.

Lex is definitely a sexy male character you can’t help but like. He has lots of sex appeal but is super caring. He doesn’t take advantage of women and is quirky and funny. He kind of reminds me of my hubmachine since they’re both musicians they have a similar intensity and love for music. Lex has had a hard life and has tried to overcome all his hardships with his career and his friends. I love how Aubrey and him butt heads at the beginning and how he began to become a nicer character the more he learned about Aubrey.

All in all a great quick read by an amazing author. 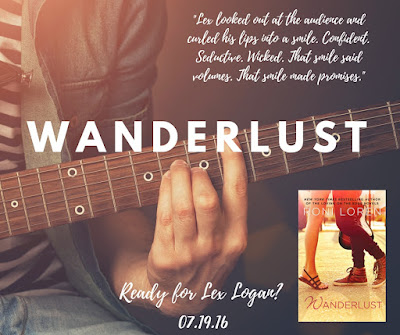 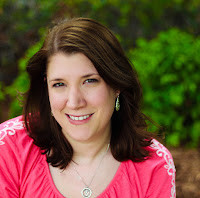