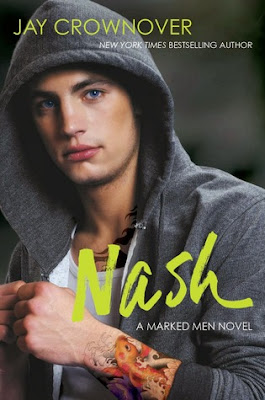 Saint Ford has worked hard to achieve her childhood dream of becoming of nurse. Focused on her work and devoted to her patients, there’s no room for love. She doesn’t need a guy making waves in her calm, serene life—especially when he’s the unforgettable hottie who nearly destroyed her in high school. Dark, brooding Nash Donovan might not remember her or the terrible pain he caused. But he turned her world upside down . . . and now he’s trying to do it again.

Saint has no idea that Nash isn’t the cocky player he once was. Uncovering a devastating family secret has rocked his world, and now he’s struggling to figure out his future. He can’t be distracted by the pretty nurse he seems to meet everywhere. Still, he can’t ignore the sparks that fly between them—or how she seems so desperate to get away from him. But the funny, sweet, and drop-dead gorgeous Saint is far too amazing to give up on—especially since she’s the only thing in his life that seems to make sense.

When Nash discovers the truth about their past, he realizes he may have lost her heart before he could even fight for it. Now, Saint has to decide: is Nash worth risking herself for all over again?


Reese's Reviews
If you don’t know I am a mega Jay Crownover fan. He books are the reason I plan on getting a tattoo soon. Anyway Nash has played a role in the Marked Men series since the beginning so of coarse when his book came out I was super excited! Nash!!! Swoon all over the place for this guy he is awesome.

Nash picks up with Rome left off. With Nash finding out the man who helped him grow up and become the man he is is dying and his father. He doesn’t know what to do with that information and so he may or may not drink himself into a stupor for a while. Nash is a super hunk who has been bullied and degraded his whole life for not being who his mother wanted him to be. I definitely felt for him and loved him all the more for the pains he suffered and yet continued to be a great, loving, and caring person.

What to say about Saint, I liked her and I didn’t. At the beginning I got the whole “I’m the crazy girlfriend who isn’t really you’re girlfriend and I’ve already been through our entire relationship” vibe from her. She grew up knowing and having a huge crush on Nash. One day he asks her to a party and she goes, only he comes with someone else. Then she overhears something and assumes he’s talking about her and from that point on she’s scarred and afraid. Honestly, I kind of didn’t feel bad for her because she was making random a** assumptions about things that weren’t real. Which again gives off that coo-coo bird vibe. She had this whole relationship with Nash and he didn’t even know it. That was in high school. Now they’re all grown up and she’s a total douche to him until he starts to show her what’s real and who he is. She has a lot of trust issues from that one time of words being not really said about her so she ends up hurting Nash a lot which sucks, but she makes up for it. Saint definitely wasn’t my favorite girl Jay has ever made but I did entire how different Saint was from the other girls we’ve seen in these books.

One of my favorite things about these books are that we still get to read about the other characters and how they’re doing. We get a wedding, and more baby news and it’s fabulous. I seriously love these books and Nash was no different.

Despite my non love of Saint I have to say I enjoyed watching her grown and become a stronger person. Character growth is one of my favorite things to read about. Super sexy scenes in this story along with some adorable dates. Love this series and can’t wait to get more from Jay Crownover!

Other Books I've Reviewed by this Author: 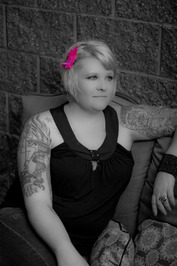