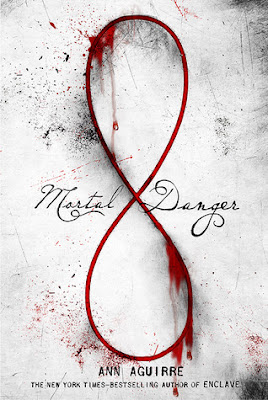 Reese's Review:
I love Ann Aguirre’s stuff so I was super excited when she was coming out with a new YA book since her Razorland series was fabulous. Mortal Danger’s synopsis was so dark and edgy I couldn’t wait to read the story to find out what was going to happen and find out who is in danger and what the games were. What I got from this story was so disappointing I was sad.

Edie Kramer has been bullied and ridiculed past her limits and decides to end it all when Kian makes her a deal: he’ll grant her three wishes and when it’s over his bosses will make her pay them back in on own time. Edie wants nothing more than to get revenge on those who have hurt her, but when she realizes who and what she made her bargain to she realizes she’s made a grave mistake. Basically Edie makes a “devil’s bargain” where you end up basically getting screwed.

Edie’s been being bullied for being smart, overweight, and not all that pretty since high school and then the bullies took it too far and she wanted to end it all. Only when she goes to end it all she gets an offer to become beautiful and get revenge. She takes it, goes to a smart school for the summer and comes back with a plan to take everyone down, sort of. She actually doesn’t do much of anything except think about her “insta-love” connection with Kian a boy/ demon thing she can’t have. She doesn’t give any of her new friends of boyfriend a chance because she thinks they only like her because they didn’t know her when she was fat. Edie is super smart but I honestly could not get into her character. I get being heavy is hard, seriously but I didn’t like how she portrayed everyone liking her after she was pretty as not real when she never gave them a chance.

One of my issues with this story was the book was all over the place and kind of suffered that whole “I have a billion ideas and am going to cram in into one story and hope it makes sense” dilemma. There was so much going on with people dying and Kian and insta love but not wanting to go to quick and who she really owes her debts to and high school then her friendships and parents and on and on I’m telling you it was a lot in one story and it felt overwhelming, while at the same time falling flat. The whole story was kind of about all that stuff and then she gives up everything to save Kian who she trusted on and mostly off for the whole book. Everything felt fake.

So sadly this book was a fail for me. I couldn’t get into this story at all and while the story started off great it was quick to decline. 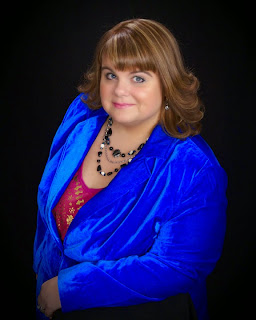