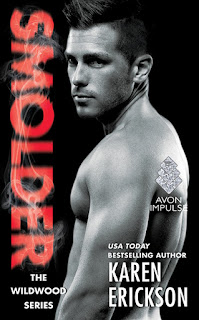 He's imagined the sexy brunette in his bed more times than he can count.

She's everything he's ever wanted, but the only problem is…

For years, the stoic sheriff's deputy has fantasized about the sweet, bubbly dance teacher who stirs his deepest desires. But Lane's too loyal to ever move in on forbidden territory and he knows that while he can look, he definitely can't touch. Fighting his attraction to Delilah is nearly impossible, but the infuriating-and incredibly sexy-woman seems determined to drive him crazy.

And she's bringing him to his knees. One smoldering kiss at a time.