Review: Crash Into You by Roni Loren 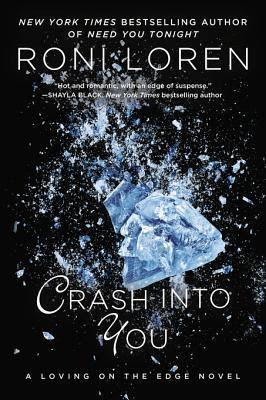 Crash Into You
Loving on the Edge #1
Paperback: 336 pages
Published January 3rd 2012

Brynn knows what attorney Reid Jamison is like once stripped of his conservative suit and tie. Years ago she left herself vulnerable only to have him crush her heart. Now she needs him again. Back on top. And he's all too willing to engage. But as their primal desires and old wounds are exposed, the sexual games escalate-and so does the danger. Their hearts aren't the only things at risk. Someone else is watching, playing by his own rules. And his game could be murder.

Reese's Reviews:
I have FINALLY gotten a hold of a copy of Crash Into You, the first book in the Loving on the Edge series. I started this series completely out of order and that’s pretty much how I continued to read them. Then my copy of Crash Into You came in and I reread the entire series from the beginning. Roni Loren is absolutely one of my favorite authors of all time. I love her writing and how every story and character are unique.

Brynn and Reid has a past that ended in tragedy. Brynn first fell for Reid when they were working together. Reid asked her out and after telling him no over and over she finally says yes. Dating leads to Reid discovering him Dominant side, a side he’s ashamed of until Brynn who wants nothing more than to submit to him. Their relationship seems perfect even though neither of their lives are. Brynn is taking care of her mother and sister and Reid’s family is holding his fathers past over him. When their relationship doesn’t seem to be getting any better tragedy strikes and their relationship ends. Now ten years later Reid and Brynn are thrown together again to find Kelsey, Brynn’s sister. Things become super complicated real fast because they both have feelings for each other and the last time Brynn submitted to a man was Reid.

Ah this book was so fabulous. Reid and Brynn’s characters were just great. While I’ve never lived through this kind of situation, Roni Loren makes it so the characters feel relatable anyway. How? I have no idea she’s just that magical.

Brynn has had a hard life and I loved her. I love how strong and independent she is. Reid is swoon worthy and I think he’s the perfect match for Brynn. The two of them butt heads a lot, which ramps up the sexual tension. Reid is also a strong character and I like how both characters grow to become stronger and more likeable characters.

I am a Roni Loren super fan. I love her books and Crash Into You is no exception. This book is absolutely phenomenal. 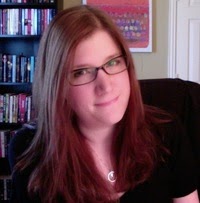