Blast: for TILL DEATH US DO PART by Cristina Slough 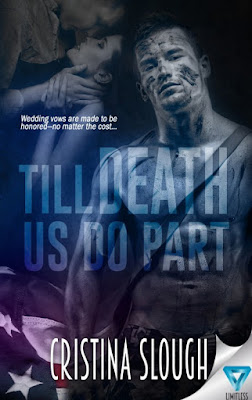 TILL DEATH US DO PART by Cristina Slough
Releasing Dec 29th, 2015
Limitless Publishing

The fateful day Mimi Marcus has dreaded begins with a phone call...

The wife of a U.S. Marine, Mimi spent countless nights worried that her husband Joel would fall in the line of duty. He had fought valiantly and served his country with honor. That’s exactly what they tell her when they deliver the news—Joel was taken by the enemy in Afghanistan. Her husband is dead.

In desperate need of closure, Mimi travels to the one place Joel still has ties—The Marcus Ranch in Texas, inherited by his handsome younger brother Austin.


New beginnings are only an illusion...


The closer Mimi grows to the Marcus family, the more she considers it home. But when suspicions of Joel’s past surface, Austin refuses to disclose family secrets—even to his brother’s widow. It’s only by accident she uncovers evidence of Joel’s tainted past. Devastated by his lies and betrayal, she slowly opens up to Austin, and together they unfold layers of pain and grief.


Mimi is sure she’ll never love again, but is Austin the man to prove her wrong? Then the unthinkable happens…


Just as Mimi finds new hope in a future with Austin, Joel returns home from war. Enraged, traumatized, and teetering on the edge of insanity, Joel confesses to a history of deception, revealing yet another secret—this one too terrible to forgive.


In an awful twist of fate, Joel proves marriage vows are made to be honored. 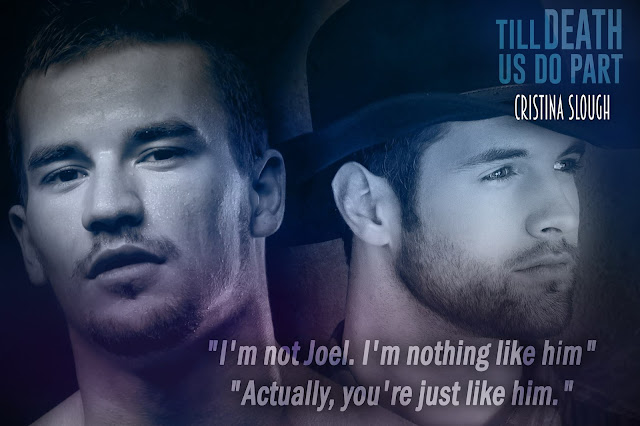 Excerpt #3
He watched her, his eyes sad. They appeared to gleam in the flash of simultaneous lightning; he appeared to reach out to her, his body bloody and wet.
Mimi remembered a dream that she had, a few months before, the night before she had been informed that Joel had been killed. Only, this wasn’t a dream. She was awake and he was standing in front of her.
She felt the blood drain from her face.
“What is it?” Austin asked.
“It’s Joel. He’s…he’s outside.” Her voice trembled.
Austin leapt out of bed. He saw his brother standing out in the pouring rain. He felt a wave of anger, followed by fear. Joel looked like a ghost, lost, broken, but the way his body stood rigid told him he needed to worry.
“I’ll go talk to him,” he said, pulling on his jeans that were draped over a chair sitting in the corner of the room.
“No, don’t. He looks crazy,” Mimi said, her voice high-pitched.
She’d never ever been fearful of her husband; he had never given her reason to, never any doubt, but in the darkness of this stormy night, something inside was telling her she had cause to panic.
“Just stay here, alright.”
“Austin, please don’t go out there,” she pleaded “Let me go…I’ll talk to him; it’s me he’s come for.”
Austin swallowed hard. “Actually Mimi, I think it’s me he’s come for.” 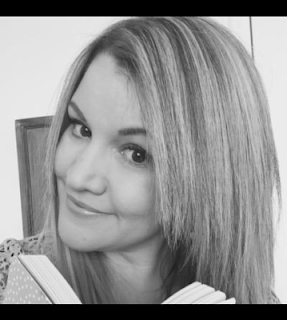 Novelist, movie addict, and animal lover, Cristina Slough is the author of Till Death Us Do Part, her debut novel.

Cristina has always been a bookworm, rarely seen without a pen and paper in her hand, she loves delving into a literacy fictional world of her own.

At the age of 11, her junior school teacher told her mother that she would be wasting her life if she didn’t become an author. Throughout her teenage years and beyond, her parents spurred her on to keep writing. She later began a career in commercial real estate, working in London’s West End, a corporate bubble where she was unable to fuel her passion to write.

It was on her Californian honeymoon in 2012 that the bug to write was becoming increasingly difficult to ignore. After visiting Yosemite National Park she was inspired by the natural beauty of the land that surrounded her. Holding a special place in her heart, Yosemite would later be written into her debut novel.

She finally gave up the ‘big smoke’ when her son, Lucas, was born in October 2013.

When Lucas was a newborn, Cristina was told to sleep when the baby sleeps. She never could. There was a calling inside her to write. After getting to grips with her new role as a mother, she began working a psychological thriller, but she couldn’t fully connect to the characters she created. She ditched the manuscript and started Till Death Us Do Part (Limitless Publishing, 2015).

Cristina is married to Adam, who runs a successful business; together they share their Bedfordshire home with their son, crazy white German Shepherd and three spoiled cats. They can be found trekking through woodlands, or around the many shops Cristina loves to explore. As a family, they love to travel frequently, the United States being a firm favorite. 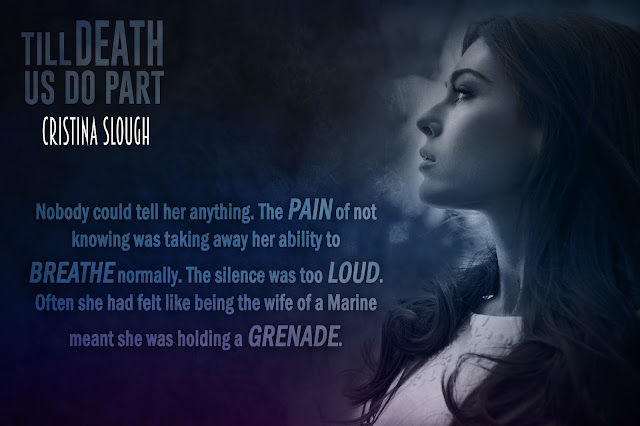