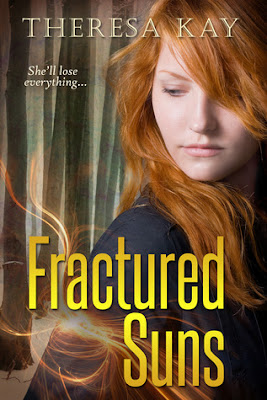 Blurb:
We came in peace. Lie.
We had no role in the Collapse. Lie.
I have always been honest. Lie.
I never lied to her. Truth.

Reunited with her brother, and surrounded by Flint, Peter and her new-found grandfather, Jax Mitchell has still never felt more alone. The choice to follow Rym back to the city to find answers and see Lir is an easy one, but their reunion is cut short and Jax is forced to leave Lir behind. She finds herself traveling with some unexpected companions and heading back toward a place she’d hoped to never see again.

After being imprisoned—and tortured—on the orders of his uncle, Lir hasn’t seen daylight or linked to anyone in weeks. After a lifetime of connection, the pain and loneliness is almost too much to bear. Elated that Jax actually came, Lir finds renewed hope and the strength to continue fighting his uncle's influence over the E'rikon, even when things look hopeless and Lir’s been branded a traitor by the very people he’s trying to save.

While Jax and Lir fight separate battles, their missions have more in common than they realize. It’s a race against time to stop men driven only by greed and power. But the ones they trust the most might be the very people working against them—and "family" doesn't mean what it used to. Will they recognize their friends from their enemies in time to save the people they love or will they lose each other in the process?


Reese's Review:
Okay wow just when I thought this series couldn’t become more amazing and beautiful and just all around everything I would want in a book, Theresa Kay goes and writes Fractured Suns. This sequel is honestly one of the best sequels ever. The Broken Skies Series has definitely not suffered from the sequel curse.

Jax made it out of the E’rikon city alive with her brother, her grandfather and Flint. Lir has betrayed her and broken their bond and now Jax is more alone than ever. Jax’s brother is a stranger and something about her grandfather is putting her on edge. Staying at Peter’s seems like the best bet, until some people show up telling them of danger. Before they leave Rym shows up to take her to see Lir and she learns the true reason for why he broken their bond, and what’s been happening to him. Now she’s on a journey back to the city she left and is about to find out who the real bad guys are.

Lir after being tortured for months is finally released and tries to come up with a plan to take down his uncle, find Jax, and free his sister. He can’t go anywhere since he’s been branded a traitor and his only ally is his cousin Rym.

Holy cow this book was just fantastic. Action-adventure, with some romance, and fabulously deep characters just makes this book phenomenal. Jax has grown since the first book. She’s stronger, but untrusting. She is having a lot of emotional problems that she hadn’t had to deal with before. Her powers are also growing and now she needs to figure out how to not become a danger to herself or the people around her.

Lir has grown as well. I like how he has grown into a more confident guy who won’t let anything get in the way of his relationship with Jax. I like how he sets out to protect the ones he loves and to do right by them, which isn’t something we truly got to see in the last book.

Seriously, fantastic sequel and after I finished I reread both the books again. I was surprised and not surprised by who the villain was after some subtle hints, but I was surprised at how terrible and how far back the evil this antagonist went to get the characters where he wanted them.

Seriously go read this book. It’s got hot aliens and lots of action in it. Seriously can’t get better than this. Oh and be prepared to cry your eyes out. 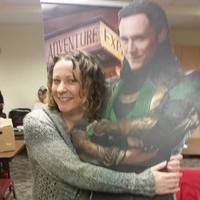 The only person she knows who had a subscription to Writer's Digest at eleven and was always excited to write research papers, Theresa has been putting words to paper since a young age. Living in the mountains of central Virginia with her husband and two kids, she works as a paralegal by day, binges on Netflix at night and finds bits of time in between reading almost everything she can get her hands on and laundry to craft stories that tend to feature broken characters in sci-fi or paranormal worlds, with a touch of romance thrown in for good measure.

She's constantly lost in one fictional universe or another and is a self-proclaimed “fangirl” who loves being sucked in to new books or TV shows. Theresa originally wanted to write horror novels as an ode to her childhood passion for Stephen King novels, but between her internal Muse’s ramblings and the constant praise for her sci-fi pieces from her writer’s group – The Rebel Writers – she knew she should stick with what was working.