Hello everyone, it's officially the last day of the Book Boyfriend tour and welcome to the 25 Days of Book Boyfriends Tour hosted by Jessica @Lovin' Los Libros & Theresa @Readers Live a Thousand Lives. This is my first time hosting and following this blog tour.

Onto my book boyfriend. Ever since I read Deeper by Robin York I have loved West Leavitt. 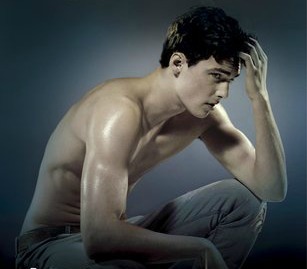 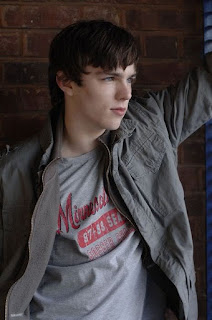 "His face is...You know how they say human beings are more attracted to symmetrical faces? Well, West's face is slightly off on every conceivable way. One of his eyebrows tilts up a bit, and the other one is bisected by a thin white scar. His eyes are a color that isn't actually a color, with these tiny little flecks that sometimes look shiny (...) His mouth is wider than it ought to be, which makes him look like a smart-ass every time he smiles. (...) His eyes are too small."

I know it sounds like he's strange looking, but I seriously love how perfectly imperfect West is.

I think my favorite thing about West is that he isn't perfect and model like perfection that we get in most books. 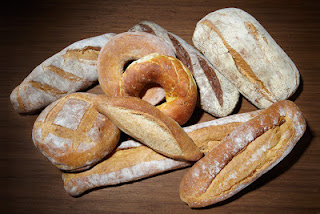 West works at a bakery making bread...bread has never been so sexy. I would LOVE bread touched by West.


West comes from a hard background, but he does everything he can to take care of the ones he loves, especially his sister.

He loves knowing random facts about everything around him, like knowing the name of Thor's hammer or why bread rises.

He got his first real present from his girlfriend Caroline.

Sometimes he's a butt, but I love him anyway.

“I'll woo you until you can't walk sweetheart.”

Protective:
“You're mine. He hurt you. I want to hurt him.”

Honest Wrapped in a Sexy Blanket:
“I wanted you from the minute I saw you," he says. "I want you right now, and you can barely stand me. I can barely stand me, so I don't know why you put up with my shit, but even right now, when I hate myself and you're pissed at me, I still want to push you down on the bed and take off your shirt and get inside you. Get deep inside you, and then deeper, until I'm so deep I don't even know what's me anymore and what's you."

"I'd been trying to trick her into changing her mind about me because I couldn't just tell her the truth. I loved her. Every day, every hour, every single fucking awful minute, I loved her.” 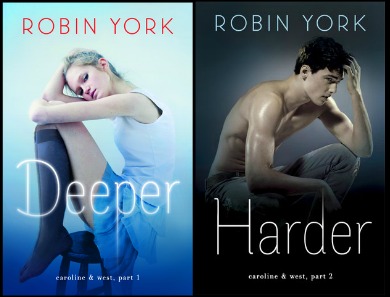 December 7:
The Reader and the Chef
(Aldrik, Air Awakens by: Elisa Kova)

December 19:
The Fox's Hideaway
(Tristan Archer, The Archers of Avalon by: Chelsea Fine)

December 21:
Corrie The Book Crazed Girl
(Raffe, Penryn and the End of Days by: Susan Ee)