Shadow of the Owl

SHADOW OF THE OWL by Amanda Orneck 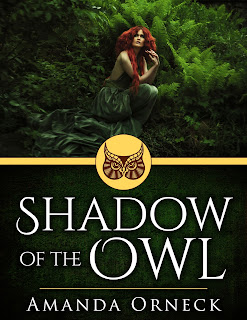 SYNOPSIS
Betrayal has come to Shadowhaven, and a power mad wizard has overthrown the kingdom, bent on capturing their store of magic hidden beneath the castle. The royal guard have been sent off on a mysterious mission. Without their trusted warriors to protect them, the kingdom falls overnight. The queen is dead, and the king and princess have fled for their lives. Now only terror reigns over this once peaceful land. But the royal guard are coming back, and there are rumors that the king and princess aren’t dead, just merely in hiding. Can the captain of the guard find the king and restore the royal family to their place? Can a princess living in secret truly rise up and grab hold of her destiny, or will she hide from who she is if it means the destruction of countless lives? How are the royal family connected to this land, and to the well of power hidden deep beneath Illuminata Castle? 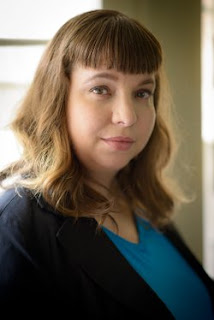 Born in Fountain Valley, CA, raised in a small town called Montrose, CA, Amanda Orneck has never stayed in one place for long -- until now. She currently calls Huntsville, AL home, where she spends her days writing, gaming, and loving her family to pieces.

Amanda received her Creative Writing degree from the University of Southern California, learning her craft at the feet of David St. John, Aimee Bender and Carol Muske-Dukes. While at USC, she received the Middleton Creative Writing Fellowship for excellence in poetry.

For seven years she honed her writing craft as a video game journalist, writing for GamePro, WoW Insider, GameGeex, and handful of other outlets. In 2014 Amanda left the world of blogging behind to focus on her first love, fiction. Shadow of the Owl is her first novel, and she is currently working on a sequel.

Follow the entire SHADOW OF THE OWL tour here