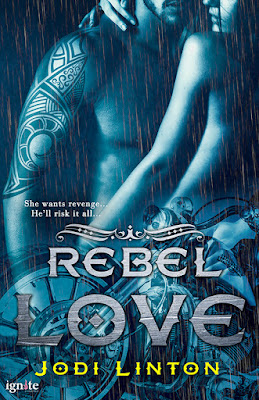 
Title: Rebel Love
Author: Jodi Linton
Series: Dirty Sinners Motorcycle Club #1
Genre: Romantic Suspense
Release Date: January 4, 2016
Publisher: Entangled Publishing
Synopsis
The Dirty Sinners Motorcycle Club is Em Connors’s only family, but she’s ready to risk everything—both her club and her life—for vengeance. Ten months ago, she was brutally attacked and her lover gunned down by a rival gang member. Now, she’s using her position as the Dirty Sinners president to track down the truth and exact her revenge.
He’ll risk it all...
With his partner murdered by a local motorcycle gang, Houston police officer Cade Jackson jumps at the chance to go back undercover and bring down the woman the department calls the Motorcycle Princess. But the sexy-as-hell leader awakens a hunger in Cade. Dark desires run deep—and he intends on teaching Em exactly how dirty he can be. But when his cover is blown, Cade must choose to uphold the law or protect the woman he’s grown to love...by going rogue.

Get More information at: Goodreads  | Amazon | Barnes & Noble | Kobo | iTunes
"Sexy, suspenseful and thrilling. Jodi Linton's gritty, MC world of the Dirty Sinners leaves you breathless with excitement and is one you won't ever want to escape."  Author Naima Simone 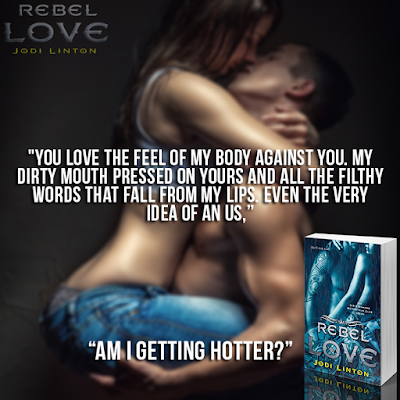 Reese's Reviews:
Em Conners never wanted to be the president of The Dirty Sinners MC, but that’s the legacy her father left her. Now she’s trying to clean up her club and get revenge on her people who killed her fiancée. Wes is assigned to go undercover to find out what Em knows about his partners murder. When the two meet there’s an instant connection and while they both know it’s a bad idea, they can’t stay away from each other.

About Jodi Linton
Jodi Linton is the author of the Deputy Laney Briggs Series and the upcoming The Dirty Sinners Motorcycle Club with Entangled Publishing. She lives in Texas with her husband and two kids. When she is not writing about sassy females and dirty talking heroes, she enjoys long walks and family time down at the river. Join the Pink Pistol Readers! Jodi Linton's official Street Team for insider scoops on all her upcoming books.
Connect with Jodi at: Website | Facebook | Twitter |GoodReads | Amazon
Posted by Reese's Reviews at 1:00 AM