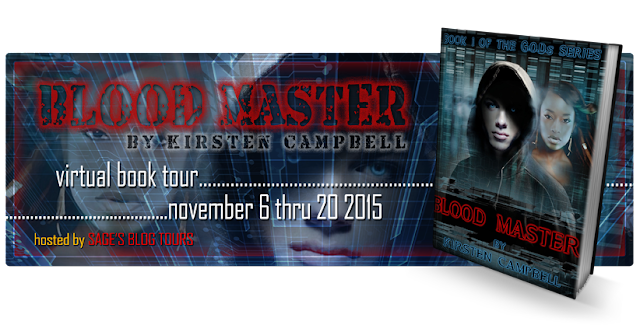 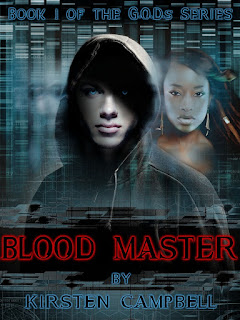 2052: Two-thirds of the human population have been killed by the Great War, the Clover Virus and the Death Plague. Only one man survived the Death Plague, an albino man named Griffin Storm. He’s the only albino in existence. No one knows what happened to the other albinos, but most believe the rumors that they were eliminated by the Guild Faction’s deadly experiments.

Griffin is hiding out in Underground Atlanta. He has special abilities. He can manipulate crystal and glass. He uses these abilities for good, raiding warehouses and old buildings for food and medical supplies to give to the abandoned children that live in the Underground. While on a raid he meets Tassta Vinetti. She’s a resident of the legendary Brotherhood Fortress. Griffin is taken to the Brotherhood and chaos ensues as Tassta, her twin brother Penn and her Uncle Lerin Sanctobous keep their new visitor and his untold powers secret. They can not disclose that the only albino in existence is now at their fortress or they could all be in great danger.


Fact is the Guild is hunting Griffin. He is the only survivor of their deadly experiments and his survival will have dynamic consequences. The Guild believes Griffin will transform into a G.O.D., a Genetically-enhanced Omni Dimensional being. If he transforms, he will have inter-dimensional doors within his body, doors that lead to heaven and hell. Griffin will become a Blood Master and he’ll be able to control the demons from the Dimension of Blood.

Will Griffin save the children of the Underground from their tragic life? Will he transform into a G.O.D. and become the Blood Master? Only time will tell…


Interview Questions for Kirsten Campbell
How long does it take you to write a book?
It took me ten years to write The G.O.D.s Series, a series of four books. I don’t write single books. I mean, I have other books out there but they are books of short stories (Darkness Calls) or poetry (Perfect Chaos). I write series and will probably always do that. I plan to expand The G.O.D.s Series and include books that branch off into the lives of Penn Vinetti and his twin sister, Tassta. I also plan to go into the life of the Agents and of the super Agents, the Trips, which are spoke of in the first book, Blood Master, and introduced in the second book, Blood Rage.

What would you say is your interesting writing quirk?
I have to have everything at hand when I write. I like to have pen and paper handy for notes and I always have a Thesaurus handy and of course, a good, strong cup of coffee! (I love Vanilla cream and extra sugar!) I’m also surrounded by notes about character and different scenes from the first book, which I may want to refer to in the second book.

Where did you get your ideas for your book from?
From dreams. I dreamt of Griffin Storm.
In a dream a very long time ago, I was a runner that stood watch at the gate to the Yellow Area of Underground Atlanta. The place was dilapidated and dirty and it was obvious there had been a Great War. The air was pungent, thick with suffocating smells of fungus and mud, but I stood my ground, proud to help the children that were just beyond the door. A man walked up in the hazy darkness. He wore a dark, hooded sweatshirt and dark pants and when he took the hood down, I saw that he was an albino, a most beautiful man with the sweetest face. I was beside myself, my strength taken down by the calmness of his demeanor and I couldn’t help but smile at him.

“I’m here to help. I’m a runner,” he said quietly. His voice was deep and it made my stomach quake.

“Do you have any medical training?” I asked. He nodded and then he reached for the door.

I brushed his hand away and unlocked the rusted lock on the door. I opened it and held my hand against Griffin’s chest, pushed him back to make sure he didn’t come any further. He didn’t move, and he was passive. I peeked into the Yellow Area and the sight floored me. At least twenty three-tier metal bunk beds were lined up in a huge room with lanterns and boxes on the dirty floor, a floor that was more dirt than floor. At least a hundred filthy little children were seated on the bunkbeds and around the beds on boxes of what appeared to be canned goods. I called out to them and said, “Healer! A Healer is here!”

About twenty children came to the door and hugged the albino man. He hugged them back and lifted one of the smallest children into his arms. He held him close, whispered into his ear and then he walked forward while the others grabbed hold to his sweatshirt and chatted quietly. They walked with him to the bunk beds and sat down as he pulled out a little green harmonica and played a tune. One of the children ran away from him and came back to me. The little blonde boy with piercing green eyes stared at me as if to tell me a secret. He tilted his head and then he smiled and said, “That’s Griffin Storm. He helps us. Don’t you remember?”

I woke up with a start and wrote down the name. I thought about what I dreamt and I wished to see Griffin Storm again, wished to fall into that dream again, and I did. I had many dreams with Griffin Storm at the center of them and that’s how the G.O.D.s Series started.

Did you base your characters off of anyone you've met or anyone in your life?
I based a lot of Tassta’s reactions and personality off my youngest daughter, Brittany. She’s a surprisingly strong and smart young woman but she also has some of the cutest quirks that I hope came across in the book, Blood Master. Penn is based on a mix of people, but he’s mainly the opposite of Griffin so he has someone to bounce things off of.


What is your favorite aspect about writing?
I love being able to create relationships that are so cemented in my writing, that they feel real to whomever reads the story. To me, that’s magic and when I find a writer that can do that, I read everything they have written.

Do you have any advice for other or future writers out there?
Yes! Keep writing and also, keep reading! Also, don’t forget where you came from and keep a look out for where you are going. Never stop writing because there’s so much to write about. Don’t lose that edge. Write when you can because once in a while, that block (writer’s block) will come and you will be glad you didn’t waste time and not write.

Which character was the easiest to write?
Griffin was the easiest to write, at first, mainly because he’s so child-like. He’s honest and loving and offers to help everyone, at first. Once he goes through a few things, once he grows and transformation is upon him, I had to consider the growth process, pain, both physical and mental, challenges that everyone goes through for years, he has to go through in a few days. It was then that Griffin became a bit of a challenge for me, but I love a challenge. I love Griffin…

Would you consider yourself like any of your characters and if you who?
Yes, I am basically like Griffin in a lot of ways. He was locked up for so many years and in a way, I was as well. I can’t go into it right now, but I had a very late start in life. I was completely innocent at seventeen. I didn’t have any family to speak of. I was a baby thrown to the world, but I was lucky and I met a man that helped me. I didn’t go through my true teen years until I hit thirty-four. Yes, I was stunted for a while, but then I was released and allowed to live my life. That’s the only way I can put it. (Yes, this is very unusual, but then I had a very unusual life.) To know more about my life you will have to read my life story, which will be coming out in 2016.

What gave you the idea for the title, Blood Master?
I always knew I wanted to title the series G.O.D.s. After all, my protagonist, Griffin Storm, becomes a G.O.D., a Genetically-enhanced Omni Dimensional. (Or as Penn says, “A Genetically-entranced Omni Directional whatever the Eff. LOL) I then looked at the whole series and found one thing in common, BLOOD. The blood of the Brotherhood, the family values and strong bond of Lerin Sanctobous and his niece, Tassta, and his nephew, Penn. Griffin’s unusual blood and the legend of his blood mixing with the blood of those at the fortress. His love for Tassta, which encompasses every part of him, even his blood; the inter-dimensional door to the Dimension of Blood, the demons that crave blood and even Griffin’s eventual craving of Blood, something of which he has to master or he could kill everyone. That word, (BLOOD) is basically what the G.O.D.s Series is about, what Blood Master is about. Getting to the facts about everything in the Brotherhood fortress and the Guild Faction will involve dealing with the consequences of Griffin becoming a G.O.D. and finally a Blood Master.

What is your main inspiration behind why you write?
My children and grandchildren. I love them so much, I wanted to write something that would hopefully inspire them one day to write. And, it has… My daughter has embarked on the journey of becoming a writer! 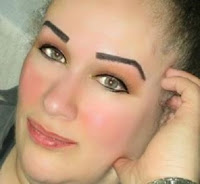 Her novel, Blood Master – Book 1 of The G.O.D.s Series is an Urban Paranormal Fantasy novel that is currently available on Amazon.com in Adult and Young Adult version. Blood Master hit the Amazon Top 100 List. The second book of The G.O.D.s Series, Blood Rage, will be out by the end of this year. She is also the author of Darkness Calls, a book of Paranormal Short Stories. Her websites are www.kcampbell-gods.com, which is the site for all things Blood Master, and her Author’s Website, www.kirstencampbellbooks.com.

She has two chapbooks that were published; one by Ladybug Press (Poetry from the Covert Bourgeoisie), and the other by Puddinghouse Publications (The Abandoning Kind). She is also the author of Perfect Chaos, a book of poetry that is currently on Amazon.