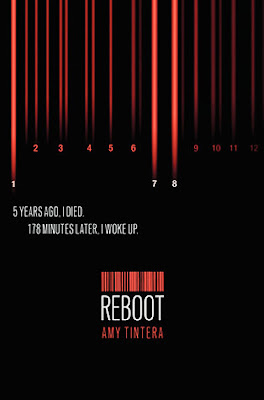 Blurb:
In this fast-paced dystopian thrill ride, perfect for fans of The Hunger Games, Legend, and Divergent, a seventeen-year-old girl returns from death as a Reboot and is trained as an elite crime-fighting soldier . . . until she is given an order she refuses to obey.

Wren Connolly died five years ago, only to Reboot after 178 minutes. Now she is one of the deadliest Reboots around . . . unlike her newest trainee, Callum 22, who is practically still human. As Wren tries to teach Callum how to be a soldier, his hopeful smile works its way past her defenses. Unfortunately, Callum’s big heart also makes him a liability, and Wren is ordered to eliminate him. To save Callum, Wren will have to risk it all.

Reese's Reviews:
I honestly didn’t know what to think when I got this book at RT last year. I hadn’t really seen any reviews or heard of anyone reading it that I knew so I kind of went into this one blind. I must say Holy Cow this book was simply phenomenal.

Wren is a Reboot, a girl who was has been rebooted brought back from the dead after 178 minutes, the highest-ranking number anyone has been rebooted. She’s works for HARC, killing all those who oppose HARC and training the new Reboots. She’s only ever trained high numbers like herself. That is until Callum 24 comes into HARC. Callum is everything Wren believes she isn’t: human, weak, and emotional. When Callum asks her to train him she does. Callum sadly is slow and doesn’t take orders well and when he is sent out to kill someone and doesn’t Wren is ordered to kill him. Instead she sets out to escape and save him.

Okay so let me explain some things. Reboots a kind of like zombies. They’re people, generally children who are brought back from the dead. They are stronger, faster, fast healing properties, and the longer they’re dead the less emotions they have.

Oh my goodness I loved this book because Wren was absolutely awesome in every way. I absolutely loved her character. She’s a complete badass. She doesn’t have deep emotions like other Reboots have but that doesn’t hinder me from liking her in any way. She grows as a character in so many ways and I liked that a lot. While she doesn’t think she cares about a lot of things she does care about those close to her and tries her best to take care of them. I really enjoyed seeing her grow as a person.

Callum is a very low number and honestly seemingly useless except he helps Wren come out of her shell. I enjoyed how his humor and wit a lot throughout this story.

A lot happens in this story, but it wasn’t overwhelming. I am not a huge fan of dystopian novels, which was one of the reasons I was putting this story off for so long but this book was great.

I truly enjoyed this story. Wren’s character and the whole Reboot government thing just made this book for me and I can’t wait to read the sequel.

If you like dystopian novels or novels with kickass heroines or both you will want to read this book.

“Are we going to do my leg next?" he asked. "Can I get some warning next time? A quick 'Hey I'm going to snap your bone with my bare hands right now. Brace yourself.”

“Try not to scream when I break your bones. It bothers me. You can cry if you want; that's fine."
He burst out laughing. I didn't realize that was a funny statement.
"Got it," he said, trying unsuccessful to cover his grin. "Screaming, no. Crying, yes” 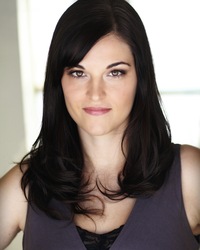 Hi! I’m Amy Tintera, and I write novels for young adults. I grew up in Austin, Texas and graduated from Texas A&M University with a degree in journalism. After receiving a masters in film at Emerson College I moved to Los Angeles, where I promptly discovered I didn’t enjoy working in the film industry, and went back to my first love, writing.