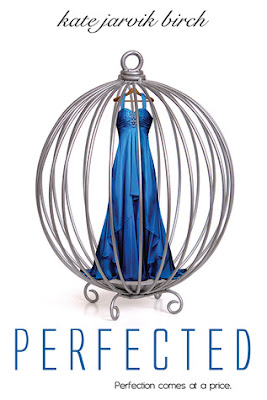 Blurb:
I was bred to be the perfect pet. I was bred for my beauty and grace, to be a showpiece, an ornament to sit upon the couch, to sing, to dance, to play the piano and paint. I was bred to willingly put my owner's happiness before my own.

But there's a dark underworld lurking beneath my pampered life. The only thing more dangerous than staying with Penn's family is escaping it, because if I fail, I face a fate far worse than death...

For fans of Kiera Cass's Selection series and Lauren DeStefano's Chemical Garden series, Perfected is a chilling look at what it means to be human, as well as a stunning celebration of the power of love to set us free, wrapped in a glamorous—and dangerous—bow.

Reese's Review:
I had had this book on my bookshelf since I saw this book in the bookstore. The idea was so unique and special I knew I just had to read it.

So this book was an epic fail. While the idea behind the story was unique, the whole story lacked emotional depth or any real character substance.

Ella has been training almost her whole life to become a “pet.” She’s been trained to have a talent, perfect listening skills, a particular diet, and to be a perfect height of 5 foot nothing. On the day for her to be bought she is picked by a congressman’s family and is set to live in their house. She knows she can never break the rules or risk being sent back, which is exactly what happened to the other “pet.” Her name is chose for her, her clothes, and where she is and isn’t allowed to go. While at her new home everyone seems hostile towards her in the beginning but soon Penn the congressman’s son is falling for her and she for him. When she gets the news she about what happens to other Pets and what the congressman wants to do to her she knows she will never be safe.

So this sounds really interesting right? The perfect unique YA book with stories about slavery, media perception of beauty. Perfected has romance, drama, and all the makings of a great book. The problem? Well it was a big f-you when NOTHING basically happens throughout the book except in the last two chapters. FOR FREAKNIG REAL.

Pet’s are all young girls who are being sold to the highest bidder sounds pretty freaking crazy right? They say the girls are no different than a cat or a dog. It’s pretty terrible and the sad thing is once the girls become too old they are gotten rid of. Kind of like what people do to animals I guess.

Due to Ella’s upbringing she has been sheltered from everything about the world. She has a naive sense about who she is and who the rest of the people around her are. She can’t read, write, or swim. Her passion is music, which was probably the only interesting aspect about the character. While she did have some character development I didn’t feel like it was enough to warrant the drastic change at the end of the book.

Penn and Ella are “in love” I guess. Penn seems to like Ella out of nowhere. One minute he’s being really rude to her and the next he’s falling for her. I just wasn’t buying it.

To top it all off Penn’s character was a watered down version of some of my favorite YA book boyfriends. He likes music, he wants to be different from his overbearing parents, he’s hot. There are so many things but he’s so unbelievable as a character. I just wasn’t buying what this author was trying to sell me about this character.

The thing that just pissed me off about this book was the pacing. The whole book was pretty slow in terms of action and events. Then in probably the last two or three chapters the book vomited everything up into the last couple of chapters and left on a cliffhanger so people would come back. I hated that because there was no build-up or any indication that this book was going anywhere and then BAM stuff.

The writing in this book sounded a little uninterested. The characters voice and description was like the author and character were just stating facts. This is a green leaf type of thing. With that type of writing I couldn’t truly be drawn into the story the way I would have liked.

Overall this book was a real epic fail for me (does anyone still say that?). I wanted to like this book but it was a real let down. The character were boring, the whole concept while interesting couldn’t keep hold me in while the rest of the book sucked. 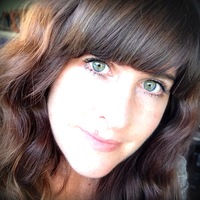 Kate Jarvik Birch is a visual artist, author, playwright, daydreamer, and professional procrastinator. As a child, she wanted to grow up to be either a unicorn or mermaid. Luckily, being a writer turned out to be just as magical. Her essays and short stories have been published in literary journals including Indiana Review and Saint Ann’s Review. She lives in Salt Lake City, Utah with her husband and three kids.