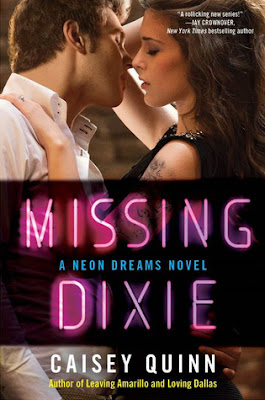 Synopsis:
Fighting for redemption . . .
I've lived most of my life in darkness, beneath the shadows of secrets and addictions. The last thing I ever wanted to do was hurt the only girl I'd ever loved—the one who brought me into the light. In my entire life I'd made one promise—a promise I'd intended to keep. I've broken that promise and now I have to live with the fallout. Dixie Lark hates me, and I have to tell her that I love her. I also have to tell her a truth that might destroy us forever.
Can she love me, even if she can't forgive me?
Learning to move on . . .
Gavin Garrison broke his promise to my brother and he broke my heart in the process.I may never love anyone the way I've loved him, but at least I won't spend my life wondering "what if." We had our one night and he walked away. I'm beginning to move on, but my brother's wedding and a battle of the bands are about to throw us together again.
Our band is getting a second chance, but I don't know if I can give him one. How do you hand your heart back to the person who set it on fire once already? 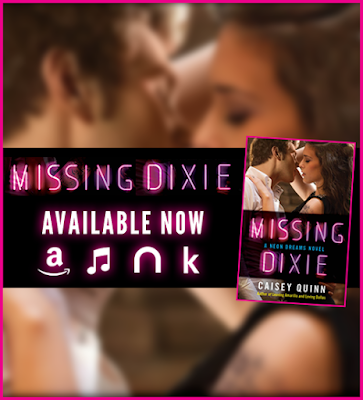 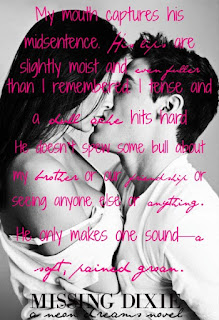 A NOTE FROM CAISEY QUINN
When I look back on the year it took to write this series, it feels like a blur. A beautiful, bright, neon lit blur. I have to confess that I didn’t know exactly how the Neon Dreams series would end when I began writing it. I knew the band would finally make it big. I knew that they would never want to share their backstory but that it would be a story worth telling. What I didn’t know was how real their hearts and souls would become to me. While Liam may not be Dixie and Gavin’s biological son, I did learn this year that family truly does come in the form of people who love and support you in both the best and worst of times and that it’s not always comprised of people who are related by blood or marriage. Liam was born from that discovery.
When Dallas went on the road and Dixie stayed behind, some people were outright angry. I was. At both of them. I was confused about why this felt right. I didn’t know Liam existed yet. I didn’t know he was going to be wandering by an old house in the backside of Amarillo alone and afraid. I didn’t realize that Dixie had to be there giving piano lessons to other kiddos so that Liam would hear and be drawn to her.
Everyone was exactly where they needed to be—even when I hadn’t yet realized it.
So my first big thank you is for you, for those of you who read this series and allowed me to figure it out as I went. For each of you who leaves a review somewhere—anywhere—and tells a friend to read it, thank you times two. Times ten. Times infinity, as my daughter says.
My second thank you is to my editor, Amanda, who didn’t tell me to take a hike when Liam entered the picture and it meant a rewrite of the second half of the book and that I wouldn’t make my initial deadline. I love you. I thank God for you, for your always having my back and for allowing me to write the story I believed in, the way that I needed to write it.
Thank you to my agent, Kevan, for also not dropping the crazy lady who said “So . . . my life is a mess and I need this book to go a different way and I am going to hunker down into the bat cave until I get it right.” Promise not to do that again . . . at least not on purpose.
To the members of CQ’s Road Crew and the Backwoods Belles, you ladies have been my family this year. You have been my light in the darkness, pulling me out of one of the toughest and most devastating situations I’ve ever been in. I literally don’t know if I could do my job without your unconditional love and support. Scratch that. I couldn’t. I know I couldn’t. Same goes for the bloggers who share, review, post, and rant and rave about all the book things. I love y’all. To the moon and back and around again.
To the amazing authors I am blessed to call colleagues and friends, thank you. I don’t know what I did to deserve you, to even get to know you much less read your work and have my books read and loved on by you, but I’m glad I did it—whatever it was!
Lastly, to anyone who supports music and musicians in general, thank you for existing. Music matters. The epilogue from Liam is very much nonfiction in my world, and I have someone I love dearly that I believe was saved by music. You know that feeling you get when you hear that song—that one that causes you to step off the treadmill or pull the car over or freeze in place and hold your breath and strain to hear because it reaches that deep, dark, hidden place where your secrets dwell—it’s a real, tangible thing, that feeling. It connects us—especially when we are positive no one else in the entire world could possibly understand what we’re going through. And let’s face it, life is better with a soundtrack.
Thank you to every single person who had a hand in helping this series about a small-town ragtag band become more than I ever dreamed it could be.
Thank you for making my dreams come true. 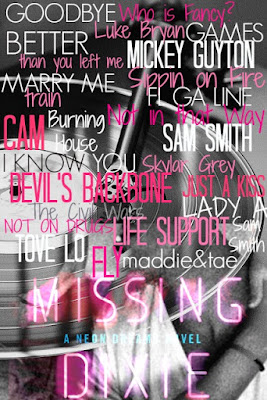 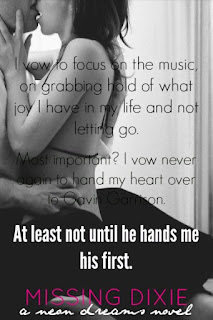 EXCERPT
His mouth is so close, he’s so close. He seems taller or something, and even though I know the likelihood of that is ridiculous, I don’t remember ever feeling so very aware of his presence. Or maybe I just blocked it all out. But here, now, in the room with him, everything is coming back.
All of it.
Every single second we spent connected on a physical level. His mouth on me, his lips, his tongue, his body inside of mine.
“You’re good at this,” I say, barely able to get my voice to go above a whisper.
“I’ve had a lot of practice.”
I don’t know if he means with first aid, which is likely since he’s had to perform CPR on his mom more times than I can count, or seduction, which I also happen to know he’s well versed in. Either way, I am in danger of losing my grip on my ability to remain up- right.
It’s as if my brain has been doing me a favor for the past few months, allowing me to focus on being pissed at him instead of . . . this. But clearly my brain has left the building and I am completely on my own. This is dangerous.
I am weak.I want him.I need him.Screw it.
“There,” he says gently, lowering my dress back down over my thighs. “That might help a little but you should still—” My mouth captures his mid-sentence. His lips are slightly moist and even fuller than I remembered. I tense and a dull ache hits hard as my heart drops a few inches in preparation of being rejected. Much to my surprise, Gavin doesn’t stop me. He doesn’t reject me. He doesn’t spew some bull about my brother or our friendship or seeing anyone else or anything.
He only makes one sound—a soft, pained groan. His hands grip the skin just beneath my ass and he lifts me onto the counter. The dress is tight but I manage to part my thighs far enough to accommodate his broad figure between them.
My fingers press into his back, urging him closer even though it’s not exactly possible. I try to catch his tongue but he’s sweeping it deeply inside, then pulling back to suck on my lips. A muffled moan escapes my mouth and slides into his.
“You taste like whiskey, Bluebird.” He chuckles lightly, then cuts off any chance I had of verbalizing a response by slipping his fingers between my legs and into the waistband of my panties.


“I’ve come a long way since strawberry ice cream.”
ABOUT THE AUTHOR:
Caisey Quinn lives in Nashville, Tennessee and is the bestselling author of the Kylie Ryans series and several other New Adult Romance titles. Her Neon Dreams series about a country rock crossover band paying their dues in life and in love on their rocky road to fame is now available from Avon/William Morrow.