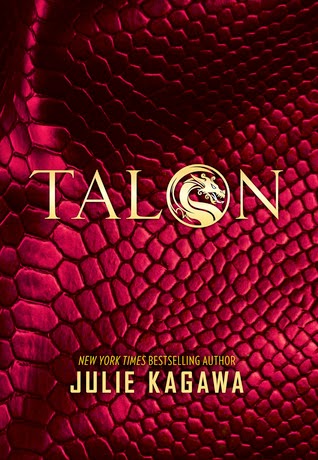 Blurb:
Long ago, dragons were hunted to near extinction by the Order of St. George, a legendary society of dragon slayers. Hiding in human form and growing their numbers in secret, the dragons of Talon have become strong and cunning, and they're positioned to take over the world with humans none the wiser.

Ember and Dante Hill are the only sister and brother known to dragonkind. Trained to infiltrate society, Ember wants to live the teen experience and enjoy a summer of freedom before taking her destined place in Talon. But destiny is a matter of perspective, and a rogue dragon will soon challenge everything Ember has been taught. As Ember struggles to accept her future, she and her brother are hunted by the Order of St. George.

Soldier Garret Xavier Sebastian has a mission to seek and destroy all dragons, and Talon's newest recruits in particular. But he cannot kill unless he is certain he has found his prey: and nothing is certain about Ember Hill. Faced with Ember's bravery, confidence and all-too-human desires, Garret begins to question everything that the Order has ingrained in him: and what he might be willing to give up to find the truth about dragons.

Reese's Reviews:
I have a huge weakness for dragons. Seriously I love them, anytime I see a dragon story anywhere I grab that book and run fast. So when I saw that Julie Kagawa an amazing author was writing about dragons I knew I had to read this book.

Talon is a secret society of dragons who have assimilated into human society and are slowing taking over. The only thing stopping them is the Order of St. George legendary dragon hunters that will stop at nothing to wipe every last dragon off the map.

Ember and Dante Hill are the first twin hatchlings to ever be born in Talon. They know their duty is to follow the rules, assimilate into human culture and learn their trade. They aren’t supposed to have fun or make real friends, but then again Ember may have a tad problem with authority. Ember can’t wait to be free of Talon, at least for a little bit. All her life she’s been waiting for the moment she could be free for one summer to surf and eat without the constant choking supervision of Talon. That is until they see a Rogue dragon and now Ember and Dante’s training has started early and the walls of lies surrounding Embers life in Talon is about to get her into some major trouble.

Then there’s Garret who lost him family to the dragons and has been fighting them ever since. He’s known as the perfect soldier. He never has fun because he’s always spending his time training. Dragon killing is all he knows, until he’s put on an undercover assignment to get close to a bunch of teenagers, fit in, and fit which one’s are the dragons in disguise. Garret thought the mission would be easy except he’s never gone out as a civilian before, never been a normal teenager, and he’s certainly never seen or met anyone who is as beautiful to him as Ember. The more time Garret spends with Ember the more he begins to realize everything he’s missed being the perfect soldier and the more the lines between the mission and himself begin to blur.

Wow just wow. Honestly I had a little trouble liking Ember at first because she never played it smart, but I have to say she grew on me. I loved how feisty she was and how she never stopped fighting for freedom even though it meant leaving everything and everyone she loves behind.

Garret’s character I loved right away. I knew he was going to be the character that grew the most since we know ALL dragons aren’t bad. Garret definitely gets an eye opening moment when he finally realizes who and what Ember is and what she’s like.

I can definitely tell there is going to be some major reveals throughout this book and I am desperately hoping for more swoon moments with Garret and Ember as well as more action in the upcoming sequel Rogue! 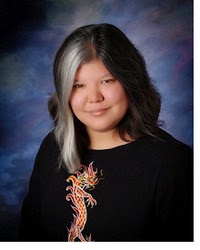 Julie Kagawa, the New York Times bestselling author of the Iron Fey and Blood of Eden series was born in Sacramento, California. But nothing exciting really happened to her there. So, at the age of nine she and her family moved to Hawaii, which she soon discovered was inhabited by large carnivorous insects, colonies of house geckos, and frequent hurricanes. She spent much of her time in the ocean, when she wasn’t getting chased out of it by reef sharks, jellyfish, and the odd eel.
When not swimming for her life, Julie immersed herself in books, often to the chagrin of her schoolteachers, who would find she hid novels behind her Math textbooks during class. Her love of reading led her to pen some very dark and gruesome stories, complete with colored illustrations, to shock her hapless teachers. The gory tales faded with time (okay, at least the illustrations did), but the passion for writing remained, long after she graduated and was supposed to get a
real job.

To pay the rent, Julie worked in different bookstores over the years, but discovered the managers frowned upon her reading the books she was supposed to be shelving. So she turned to her other passion: training animals. She worked as a professional dog trainer for several years, dodging Chihuahua bites and overly enthusiastic Labradors, until her first book sold and she stopped training to write full time.

Julie now lives in Louisville, Kentucky, where the frequency of shark attacks are at an all time low. She lives with her husband, an obnoxious cat, an Australian Shepherd who is too smart for his own good, and a hyper-active Papillion.